Orin Hatch: An Example of Money in Politics (plus Tweets) 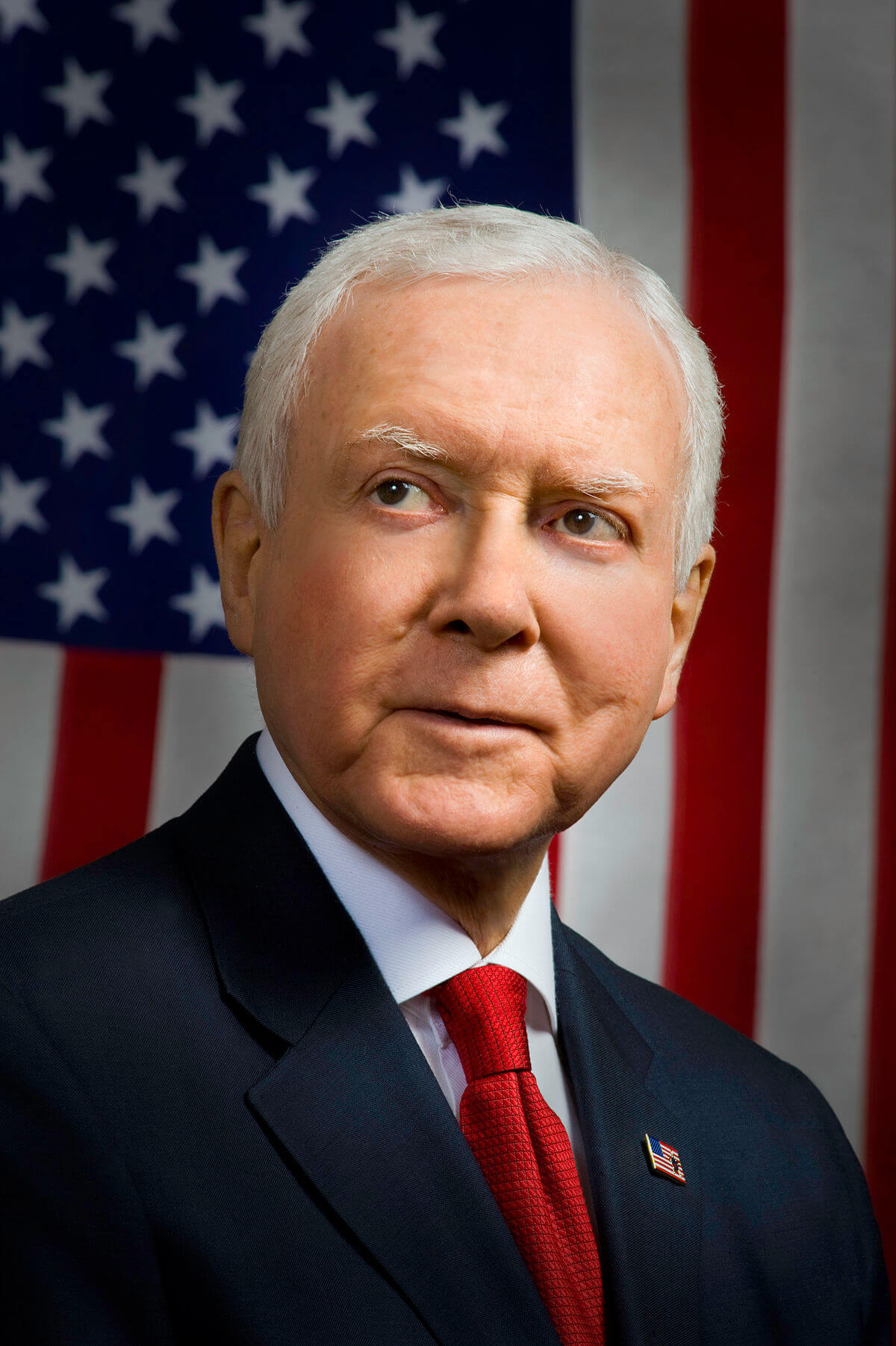 One of the tweets Ann German sent me today was about Senator Orrin Hatch. He’s a Republican senator from Utah who’s been in the job for over forty years. His retirement at the end of his current term means he’s getting a bit of attention at the moment.

Hatch is a strong supporter of Trump, but there’s a pretty good chance that former GOP presidential nominee Mitt Romney will run for his seat in 2018. Among the signals the will occur are his changing his home location on Twitter from Massachusetts to Utah.

Romney, of course, famously spoke out against Trump during the 2016 election calling him, among other things, a “fake and a phony.” Romney’s election would be a good thing for the US. He is strong and independent enough to stand up to Trump, which few Republicans appear capable of doing. He will be able to provide a leadership for those Republican senators in opposition to Trump to rally around. Romney will also be far better at working in a bi-partisan way than other GOP leaders.

But I digress. Back to the reason for this homily – a disgusting Bill brought into US law by Orrin Hatch. The tweet Ann German sent me was a link to an article in the Los Angeles Times: ‘Orrin Hatch is leaving the Senate, but his deadliest law will live on‘.

I highly recommend this article by Michael Hilzuk, which shows one of the problems of money getting into politics. In my opinion, what Hatch did is blatant corruption. People have died and are continuing to die because of a law he promoted. And it’s basically just so he could get money to pay for his elections.

Part of the problem, of course, is that there is no public financing of elections in the US, and no limits on how much is spent.

Here are some quotes from the article to whet your appetite.

Hatch subsequently announced his retirement from the Senate as of the end of this term, writing finis to his 40 years of service. In that time, he has shown himself to be a master of the down-is-up, wrong-is-right method of obfuscating his favors to rich patrons. That was especially the case with his sedulous defense for 20 years of his deadliest legislative achievement.

We’re talking about the Dietary Supplement Health and Education Act of 1994, or DSHEA (pronounced “D-shay”). Hatch introduced DSHEA in collaboration with then-Sen. Tom Harkin (D-Iowa), but there was no doubt that it was chiefly his baby. The act all but eliminated government regulation of the dietary and herbal supplements industry. Henceforth, the Food and Drug Administration could not block a supplement from reaching market; the agency could only take action if it learned of health and safety problems with the product after the fact.

This is a national disgrace, and is just the sort of thing those of us in the rest of the world associate with the US “Healthcare” system. As I said above, people died because of this Act.

In 2013, for example, Hawaii health authorities discovered seven cases of acute hepatitis and liver failure among users of a supplement known as OxyElite Pro that had slipped easily through DSHEA’s porous regulatory screen. By February 2014, the Centers for Disease Control and Prevention had linked 47 hospitalizations, three liver transplants and one death to the diet product. Eventually it was taken off the market.

The Government Accountability Office found the marketing of herbal supplements, especially to the elderly, to be rife with deceptive and dangerous advice; marketers were heard assuring customers that their products could cure disease and recommending combinations that were medically hazardous. The FDA told the GAO that, yes, those marketers shouldn’t be saying these things, and they’d get right on it.

There are more examples in the article. Others tried to to get the Act revoked, including John McCain, but it’s still there, killing people. And the reason it was there in the first place is, as I said, because of a marriage of money and politics. More from Hilzuk:

But one didn’t have to drill down too deeply in the speech to discern what really drove the law’s enactment. It wasn’t the desire for “rational regulation,” but that most common political drug of all, money. The dietary supplement industry had set up shop in Hatch’s home state and plied him with pantsfuls of campaign cash; in 2010, for instance, Utah-based Xango LLC, which markets dietary supplements among other products, was Hatch’s second-biggest contributor. (Herbalife ranked third.) Hatch’s son, Scott, has worked as a lobbyist for the industry.

Thanks to DSHEA, the supplements industry grew from $9 billion in 1994 to more than $50 billion today. In Utah alone, it’s worth more than $7 billion.

Over the years, Hatch pulled out all the stops to make sure no one ever messed with his DSHEA, fighting off even Sen. John McCain (R-Ariz.), who tried in 2010 to enact a law mandating reports on illnesses associated with supplement use. McCain backed down.

Hatch’s defense has been so valuable that the supplement industry is now fretting over who will have the power and vigor to take his place in Congress. The industry probably shouldn’t worry. As his lasting legacy, Hatch has made it so rich that it won’t have any problem finding senators and members of Congress to take their money to serve their interest, the public be damned.

Perhaps if Mitt Romney does win Hatch’s seat in 2018, he could do the honourable thing and get rid of this Act. People are more important than money, and Romney doesn’t need money from the likes of Xango LLC and Herbalife to fund his campaign. He could also use his business contacts to establish other businesses in his state instead – businesses that don’t kill people through lack of care.

The Republicans make a virtue out of lack of regulation and making things easy for business, but there’s a good reason for most regulations. The supplements industry in the US could certainly do with a few more. Many USians are fond of saying the market will sort of the bad eggs, but that’s simply not true. Despite the ongoing suffering of many, people continue to believe the advertising and the companies continue to prosper.

And it’s not difficult to set up a business in the US either. In fact, it ranks as one of the easiest places to do business in the world. In terms of business-friendly regulations, the US is currently 6th in the world according to the World Bank. (New Zealand is 1st, and all the other countries above the US are fairly small too.) So all that hype about regulations Republican politicians regularly spout is just propaganda.

In reference to the ridiculous reopening of the investigation into Hillary Clinton by Jeff Sessions …
(Via Ann German.)

You heard it here first. There will be calls for a criminal investigation, and probably an actual F.B.I. investigation, of the Democratic nominee for President in 2020. Doesn’t matter who it is.

I don’t know how many of you saw CNN’s State of the Union’ this morning. I did. Stephen Miller lost control in his efforts to present Trump as a stable genius. Maybe this was his attempt to get an invite to Camp David and he knew it wasn’t working?

He ignored those requests.

Security was apparently called and he was escorted out. https://t.co/0aKdYlHx0G

FFS! And I thought he couldn’t get any more pathetic.

In any normal year, EVERY PRESIDENT WHO HAS EVER EXISTED WOULD BE OUSTED BY THIS. Imagine obama doing this, he would have been impeached. I can guarantee it pic.twitter.com/j9bHE1Zfm6

I like how “People Are Individuals, Not Racial Groups” is a bullet point in a rant titled “Media vs. White People” pic.twitter.com/BBDmCiibaS

The sun during an Arctic summer.

The sun never sets during an arctic summer pic.twitter.com/rOFyHDiUme

So it’s cold in the north-eastern US at the moment?

We haven’t had a the Freshwater Tweets section for a while, but here’s a great critter to come back with. It’s a type of salamander, colloquially known as the Mexican Walking Fish.

The Axolotl, which is 1000 times more resistant to cancer than mammals pic.twitter.com/MQBL2RIzth

Well, what else would you do with a piglet?

I’m in love with that panda cub! Don’t fence me in!

I love red pandas too!

A smiling red panda! Guaranteed to make you smile! pic.twitter.com/5vdQJFmReN

This duck couldn’t walk or even stand on her own — but she found a family who did everything they could for her ???? pic.twitter.com/jhSngwKQzp

A record number of whio ducklings have been located on Mount Taranaki in what is proving to be a boom year for the rare native blue duck: https://t.co/zG3dHH912M pic.twitter.com/jRL8y8DZNj

This mama dog was keeping her puppies warm inside a doghouse when someone else decided to join her ???? pic.twitter.com/GTMy8o0aZz

I must study you.. pic.twitter.com/KWEIK8ztBd

Great story of a doctor saving a cat’s life.

A stray cat was trapped in a hospital’s revolving door and was about to die.
That doctor revived him saving his life… then he adopted him !!
So much of a hat for that real man and good doctor ♥️???????????? pic.twitter.com/mTHrZQZUPG

This tweet was in a thread discussing Steve Bannon’s efforts to get back in with Trump (as in “WTF”), but it’s great on its own.
(Via Ann German.)

Here’s a dramatic dancing cat to brighten up your day pic.twitter.com/mJAAf1YcnV

Oh wow! What a cutie!

I made him a lookout spot pic.twitter.com/bqlEpJOesH

Hanging..????????
Thanks to all my followers for support me “Hanging” in my pages,an honored for me & sending much LOVE from me????❤ pic.twitter.com/KB16XQfJ7l

I think some of those cats are related!