Notes to Readers, plus Tweets 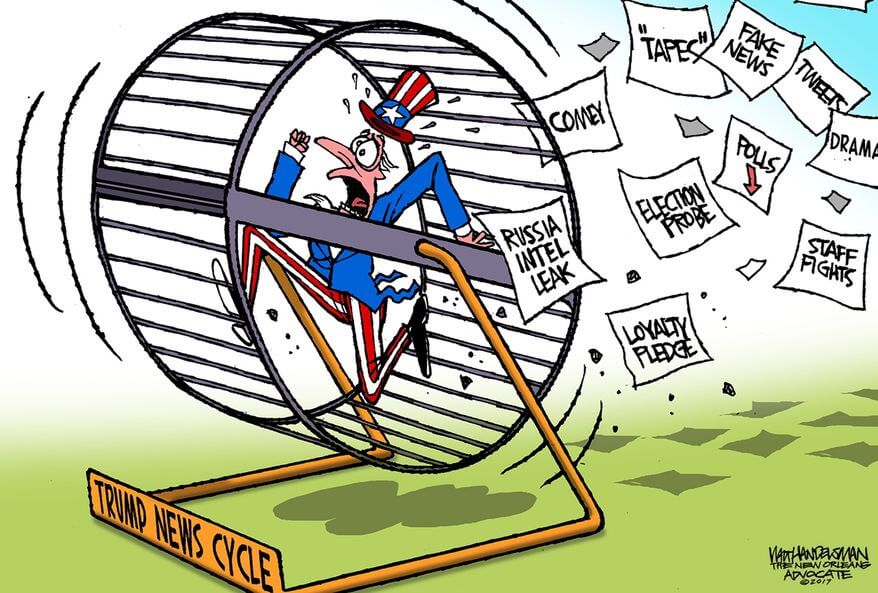 So far today I’ve been trying to complete a post with the working title of ‘The Rob Porter Scandal’. Things aren’t going well, so I have to revert to a tweets post in the meantime. I’ve also got a half-completed post about the Nunes memo that has to be changed every day due to developments. At this rate by the time I get them done the rest of the world will have moved on!

I don’t have time to write a proper homily because of all the time I spent on the post. Also, there are few housekeeping out matters I have to get out of the way (below). However, I recommend instead ‘National Prayer Breakfast was Eye-Opening – In Unintended Ways‘ by Annie Laurie Gaylor. Gaylor is co-president of the US Freedom From Religion Foundation.

Here are the housekeeping issues.

Firstly, it is my practice to personally thank those who are kind enough to donate to this site if they are able. However, there was one today where my thank you was undeliverable: “Message rejected due to blacklist policy.” This happens due to a problem between a particular server with my own provider and one at Hotmail. It’s happened once before with another correspondent and I’ve already spent hours trying to get it sorted and don’t want to go through that again today. So I’d just like to say thank you very much to that person for your kindness. Your generosity is much appreciated. I’m very sorry I was unable to contact you directly.

Secondly, please take special note of the “Economics Tweets” section. There was a fake tweet in my last post. I sucked the kumara big time. It turns out that the Trump tweet that everyone on Twitter was re-tweeting about the Dow Jones/Joans was Fake News. Real Fake News, not Trump-style Fake News. I should have known better and checked. It didn’t look right to me; whatever I think of Trump, those words aren’t ones I would normally attribute to him. Trump’s apparently incorrect spelling of “Dow Jones” should have stopped me from using it for starters. I ignored my doubts because, quite honestly, the tweet was anti-Trump and my conditioning led me to believe it.

Thirdly, perhaps it’s old age, or just years of living alone. But I’m turning into a “get off my lawn” person in some ways. On the “Comments Guidelines” page there is now a list of banned words and phrases. They just piss me off. If they’re included in a comment, the comment will be deleted. So far there are only two: “abortion industry” and “lame-stream media.” I suspect there will be more.

Back to normal transmission.

A few snippets to keep you going:

Turns out Donald Trump isn’t the only one with a history of defending sexual predators.
(Via Ann German.)

Good catch by @peterbakernyt and @maggieNYT: John Kelly “appeared as a character witness in a 2016 court-martial of a Marine colonel accused of sexually harassing two female subordinates. Mr. Kelly praised the colonel as a ‘superb Marine officer.'” https://t.co/X2pM1QrdTv

I saw on Fox New‘s ‘The Five’ that the Democrat response to the Nunes memo would be released. (Actually, it won’t be.) Maybe this is what they were talking about?
(Via Ann German.)

The words on the left in this gif are the words Trump used re Rob Porter. He did not mention the women at all.
(Via Ann German.)

A great message for young girls.
(Via Ann German.)

We’ve watched a wannabe dictator try to take over our country with the help of a foreign government.

We’ve watched the GOP sell their soul to force their agenda.

As stated above, I got this wrong in my last post. Here’s a link to the Politifact story about it.

So, yeah, about that.

I put in my two weeks notice.

I work at Montana Department of Labor.

There were going to be ICE subpoenas for information that would end up being used to hunt down & deport undocumented workers. https://t.co/TqBBjPDmNa

Excellent way to highlight the issue.
(Via Ann German.)

The Trump Effect in full force. This is completely shocking to me. All my life I’ve seen the US as a racist country. (I’m not saying we’re perfect because we’re not. Far from it.) However, on the election of Obama in 2008, I thought there was hope. I even wrote about my feelings. I soon discovered I was wrong because a black man in the White House seemed to be too much for a lot of people. The election of Trump appears to have emboldened them.

Why does Ken Ham keep exposing himself in this way?

Marriage According to the Bible

(Most forms of Biblical marriage are illegal, and repulsive to boot.) pic.twitter.com/lG7c7F9vkY

And Ken Ham’s not the only one …

Cool demonstration of what you all probably already know.

A guide to manual handling. pic.twitter.com/eMxpwO9wFc

#TBT A spectacular jet of gas the star has ejected. https://t.co/hQwc72i6lH pic.twitter.com/mfc0RRtIpR

Because why wouldn’t you want to look like a stone? (Actually, why would you? Does anyone know?)

Lithops, South African plants that have evolved to look like stones… pic.twitter.com/TwuhLqpJvI

This one is named after the tweeter!

Do you like dinosaurs? Then you would probably like insects too.
Squill weevil (Brachycerus wizeni) from Israel

Yes, this one is named after me ???? pic.twitter.com/2m4tLKvwcG

Once again, octopuses prove their cool-ness!

Is it a flower?…No, it’s little baby octopus emerging! ???? Look at that colour change pic.twitter.com/f9vnz3aONQ

Hedgehog Street:
with @PTES and @hedgehogsociety#Nature #RatedAwww
Website: https://t.co/hvIKeHPjvS
–
“Come & play
Everything’s A-OK
Friendly neighbours there
That’s where we meet
…
Can you tell me how to get
How to get to” #Hedgehog_Street
–https://t.co/n8phhJfS0f

This is lovely. Hugs all ’round.

This video is a beautiful reminder of how we should treat ALL animals pic.twitter.com/NgZVEuX44R

New Zealand has the best birds.
(Via Ann German.)

Leaving journalism because I’ll never be able to write a better headline than this one. pic.twitter.com/rQprQ4WwOc

I didn’t see this coming, though you might guess given the section I put it in!

When this woman was on vacation in Aruba, she spotted a dog who was in such bad shape that he looked like he had turned to stone. She got him help and was shocked to find out how young he is! He’s so happy and SO handsome now ???????? pic.twitter.com/iZbJmi5Lh4

This is majorly adorable! Kittens and baby bunnies!

All cats need their own mascara!
(Via Ann German.)

Because I know you’re all sick of her borrowing it from you. pic.twitter.com/U8KLpspjKE

And you thought you’d seen a black cat before …

Vantablack is a substance made of carbon nanotubes. It was once known as the blackest material known to man, before the discovery of this cat. pic.twitter.com/QB0khKtQhP