Homily: The Superbowl and the Stock Market (plus Tweets) 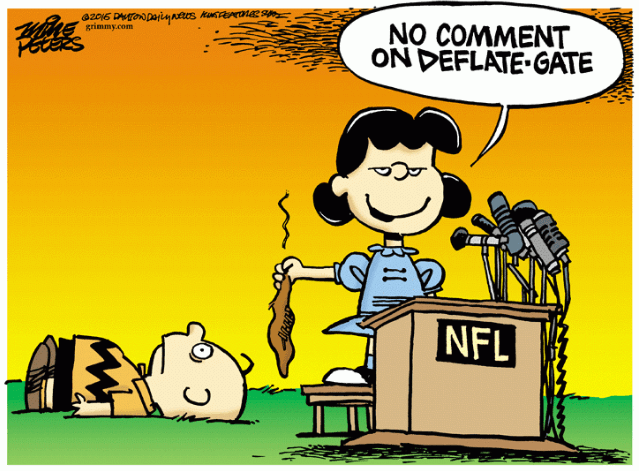 Most of the tweets in this post are from yesterday or the day before. So at this stage I just need to get this post out before they get any older.

I’ve been planning all sorts of profound homilies, but my writing isn’t up to executing them at the moment. Thus all you’re getting are a few comments on the latest news.

I’m glad the Eagles won the Super Bowl. I voted for them in the poll on WEIT. I don’t actually know anything about American Football, but I remember stories about Tom Brady cheating and deflate-gate. And I didn’t want a cheat to win.

However, the behaviour of the Eagles fans following the win is pretty appalling. Why is it that a certain segment of US society writes off the Eagles fans’ actions as understandable exuberance, but (rightfully) condemns authoritarian leftists for damaging property during protests?

I watched some of the game, but I missed Justin Timberlake. There were highlights of his performance on New Zealand’s six 0’clock news that night though. They went on about him finally coming back following Janet Jackson’s “wardrobe malfunction” way back when. Our news even showed that again!

(Before I go any further, I have to point out that most of New Zealand could never understand why most of the USA had a collective fit of the vapours at the sight of boob. But then you still have places where breastfeeding in public is a disgrace. We, otoh, have babies in parliament and a pregnant prime minister.)

So Justin Timberlake rips off Janet Jackson’s top, and he’s back, but she’s still out in the cold. It’s back to the same old story where the single pregnant woman is a whore and the man is a stud.

This morning the first thing I heard about on the news was the plummeting of the Dow by 1175 points, wiping out all this year’s gains. The S & P has gone negative for 2018. No one seems to be quite sure why. I was expecting it, but not this big, this soon, or this suddenly.

The thing is, the stock market was overvalued. When interest rates are low and property prices are high, it’s one of the few places to put your money where you can still make a decent interest rate reasonably safely. That makes it rise more, and more quickly than it should. A strong stock market is not necessarily a sign of a strong economy.

Trump’s tax cuts have made a big change to market conditions. The deficit will increase. Therefore the era of cheap money is over, and interest rates will go up. Also Trump is replacing the chair of the Federal Reserve, Janet Yellen. She has done an outstanding job and a lot of the good things about the economy are down to her. Her (male, of course) replacement will likely try to keep interest rates down like her, but it may not be possible.

But Trump cares more about whether someone voted for him than whether they’re good at their job, so she’s out the door. Yellen’s mere presence was enough to stabilize the market when there were doubts. Trump does not have a good record in making appointments to top jobs. Their ability to do the job seems to be a matter of good luck rather than good management. Having said that, her replacement isn’t bad, just not as good as her.

The things he should be talking about and focusing on are different to what he does talk about. (He would know this if he understood anything about macroeconomics.) The unemployment rate, down to the industry level is important, as is the economic growth rate, for example. However, Trump shows his lack of understanding there because, despite the urging of many of his Republicans colleagues, he wants to cut immigration.

The US, like many Western countries, has too many old people and not enough young people. The country hasn’t suffered the effects of that as much as many others because of the level of illegal immigration. Those immigrants are mostly young and are making up for the low birthrate amongst USians.

I don’t have a problem with Trump tightening border security (though I don’t like the way he talks about it), but his proposed policy is wrong. Or partly wrong anyway. He talks of only allowing highly skilled immigrants into the country, and stopping all other immigration.

It is true that the US needs more highly skilled immigrants, but it also needs immigrants at the other end of the spectrum. All the “illegals” that he has such a problem with are mostly employed in jobs where there just aren’t enough USians available to do them. He seems to think “low-skilled and uneducated” equals “worthless, dishonest, criminal, drug-addicted, loser.” It doesn’t of course, and he needs to recognize that before he stalls the real economic growth that is happening.

There are going to be higher than usual growth rates in the US because of recovery from the weather events of 2017 anyway. That will mask any failure to achieve economic growth elsewhere in the country to some extent. The US could be in for a tough time, and Trump won’t even realize it’s happening if he doesn’t educate himself.

For the sake of Britain, I keep hoping that Brexit won’t happen. It’s not just that it’s the wrong thing to do. It’s the fact that those who are doing it don’t seem to know what they’re doing.
(Via Ann German.)

“I cannot recall any government or parliament embarking on a course of action with such a profound bearing on our economy, security, diplomacy and stature in the world, with so little knowledge or understanding of its ramifications.” https://t.co/iLMA6UXlPK

I’ve got about 4,000 words of notes on The Memo story. I really should write it up!
(All via Ann German.)

Just posted: The only thing not frivolous about the memo is the unpatriotic conspiracy behind its release: https://t.co/7omrRwnoqK via @Esquire

#YoMemoJokes has been in the top 3 trending hashtags nationwide for 12 hours now.

The main author of the GOP memo traveled to London over the summer, at Nunes’s request, in a failed attempt to meet with Christopher Steele—a trip arranged outside official channels that appears to violate protocol. https://t.co/zo4UyfAjLP

Speaker Ryan: “If there are individuals who are abusing their power it’s out duty to protect Americans’ civil liberties.” Excuse me while I go laugh my head off. pic.twitter.com/P3R9lmMVyZ

Just for fun.
(Via Ann German.)

Perhaps this church is surreptitiously reminding everyone that Easter is really a pagan holiday?!
(Via Ann German.)

The Vampire Hare of Newcastle is a mysterious gargoyle perched above the back entrance of the historic St Nicholas Church in Newcastle, England pic.twitter.com/22SIrBbh2G

Michele Bachmann Wants a Sign from God Before Running for Senate; God Says “NO” – Friendly Atheist https://t.co/ZCriMTJezL via @hemantmehta

To David Brooks, who wrote the opinion piece in this tweet, I say:

Just shut up. You’re talking a load of $hit. You’re just another a$$ho£€ who doesn’t care when it’s women who will suffer.

How many progressive priorities are Democrats giving up just so they can have their way on abortion? https://t.co/jw88Pxjjwy

Yeah…hey all you women…why aren’t you willing to give up human rights and bodily autonomy so the Democrats can notch a few public policy wins? Women are so selfish.

Which men are willing to trade their basic right to bodily autonomy so we can have free college? Will you be a mandatory organ donor in exchange for social programs?

If not then STFU right now. I’m not a bargaining chip or an incubator.

I swear to God @nytdavidbrooks – you sign over your organs for me to donate wherever and whenever I need them, and I will sponsor 3 at-need youth full ride through any college they get into.

I even promise only to assign procedures with odds the same as US maternal mortality.

Anyone else want to achieve more pressing priorities at the cost of @nytdavidbrooks‘ personal bodily autonomy? Step right up!

Oh, he means MY autonomy is worth it. Not his.

And people trust Trump’s judgement that pulling out of the Paris Accord was the right thing to do? FFS!
(Via Ann German.)

A Trump nominee says carbon dioxide can’t be pollution because “Our flesh, blood, and bones are built of carbon.” https://t.co/PBmDfCNRnk

Stuff I Don’t Know Where to Put Tweets

Stream bed in the foreground, pastures on the other side giving way to rolling hills with mountains in the distance. Except it’s Mars! Very cool indeed!
(Via Ann German.)

This otter doesn’t even need to look at his food. pic.twitter.com/reLGypXpvV

I’m actually just assuming this is a freshwater creature, so if I’ve got it wrong let me know. I didn’t even know soft-shell turtles existed!
(Via Ann German.)

Burmese peacock softshell turtles are perfectly suited for their aquatic lifestyles. Their elongated noses act like snorkels, allowing them to breathe while resting in shallow waters. pic.twitter.com/9BBOR2VbYY

TRIGGER WARNING: Gross punch line to the story. Read this tweet at your peril!

Our dog Paddy brought our cat Felix into the house this evening and lovingly placed him in front of the fire. Yes, that was such a sweet thing to do…except for the fact that Felix was buried on Tuesday. Hence I am on the wine.

And no one doubts that cat would use it if it could!

You have been visited by Hatchet Cat. RT to punish your enemies and have abundant firewood in 2018. pic.twitter.com/XKLKdo0GHa

The next few wonderful tweets about big cats are all via Ann German.

Click the following link to read the Executive Director of @snowleopards trust’s update highlighting milestones the group achieved in 2017, thanks in part to the support from the #OKCZoo‘s Care Grant Program! (https://t.co/Im2f00sNDu) pic.twitter.com/3XOdFvr9k7

Isn’t this amazing? Watch as a mother snow leopard helps her 3 young cubs cross a river in a nature reserve in China. It’s really promising to see this camera trap footage of a wonderful family thriving in the wild  pic.twitter.com/KrdXKPue3y