Homily: Sin and the Meaning of Christmas (plus Tweets) 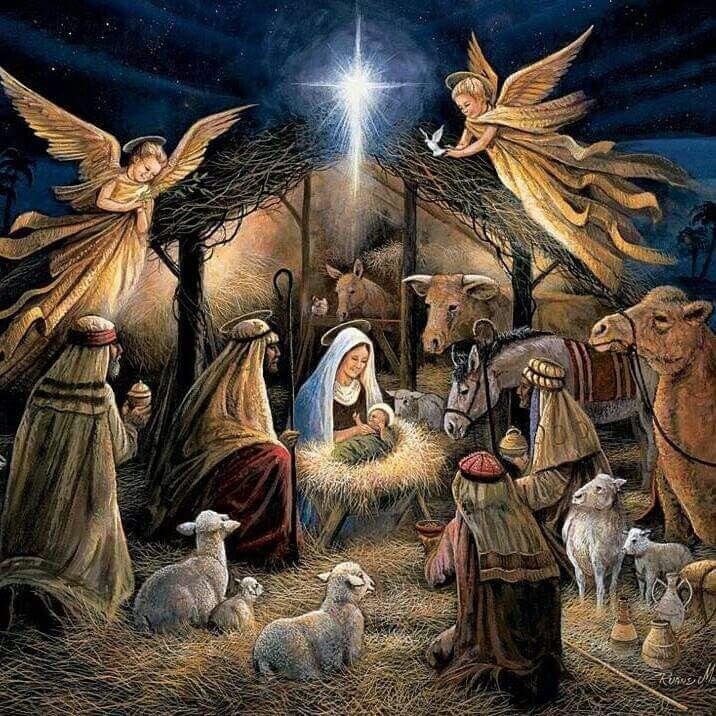 There’s a tweet below in the “Christmas Tweets” section that links to a YouTube video about how fast Santa goes when he’s delivering the gifts annually. (It’s pretty funny – don’t skip it.) At the start it says, “According to St Augustine Jesus chose the shortest day of the year, so symbolically he was lifting up from the bottom.”

For goodness sake. Yet more evidence of loony apologetics. I’ve never heard that one before, but you can understand why it’s not one the religious would want to trumpet.

1. 25 December is not the shortest day. As everyone is aware, that’s 21 December in the northern hemisphere.
2. In the southern hemisphere, it’s the middle of summer. So here, Jesus is symbolically sending us to the bottom? Far more appropriate given what religion does to the brain!
3. Or, did Jesus, who is God, who supposedly created it all and besides is omniscient, not know the earth is round and orbits the sun on a tilted axis?
4. And what’s all that stuff about shepherds watching their flocks by night? That happens in the summer, not the middle of winter.

The Christian Church made the celebration of Saturnalia, and all that goes with it, sinful. Making something a sin is an ideal way to control people, especially when that thing is a natural impulse they can’t control.

Feeling sexual attraction towards another person is a perfectly normal thing. It’s often wrong to act on that attraction, and learning that is part of growing up. However, to the Church the (uncontrollable) feeling itself is a sin requiring confession, absolution, and penance. That, in my opinion, is one of the things that makes religion sick.

Many Christians believe the Seven Deadly Sins are part of scripture and so feel it’s important to avoid them. Religion doesn’t disabuse them of this notion because it makes their followers easier to abuse.

The Seven Deadly Sins – pride, greed, lust, envy, gluttony, wrath and sloth – were made up by a fourth century Greek monk named Evagrius Ponticus. Wikipedia describes him as:

One of the most influential theologians in the late fourth-century church, he was well known as a thinker, polished speaker, and gifted writer.

The point is, even if you’re a devout Christian, there’s no scriptural requirement to avoid the Seven Deadly Sins. They’re just made up. They are largely things it would be better to avoid, but you’re not committing a sin if you slip up from time to time. You’re just a human being with your own set of natural follies and foibles.

Now the truth comes out. There’s video of Trump promising wealthy people tax cuts. What was that he said about all the wealthy people hating him because his tax plan would cost them? They sound pretty happy with him here.

I may not agree with all this man’s positions, but I admire him for being a man of principle.

This Republican pastor once thanked God for Trump — now he’s leaving the GOP and denouncing the president pic.twitter.com/7qGWiyKbRq

“I wasn’t ready for a woman president.”
(Via Ann German.)

“I wasn’t ready for a woman President”: 81% of voters in this small Kentucky town voted for Trump, and most are still confident in their decision to vote for him. “They need to kinda let him do his job. Just get off his back.” https://t.co/AuLUQTwbFb pic.twitter.com/YJTbPizUyR

And you thought it couldn’t get any worse …

This is might be the worst thing Dotard don has said or done and that’s saying a lot. He has no heart. pic.twitter.com/Pb1jl33fyR

I think cooler heads will prevail, and they will stop Trump from firing Mueller. In the event I’m wrong, these next two tweets are important.

(THREAD) There’s now a rumor in Congress that Trump plans to fire Special Counsel Mueller on December 22. If this happens, it will trigger a constitutional crisis. This thread explains what’s happening and what to do—please read and share it widely.

This is an actual emergency. pic.twitter.com/3UMG39V4q3

An Ohio driver accused of plowing into a crowd protesting a white nationalist rally this summer in Charlottesville, killing one woman, now faces a first-degree murder charge https://t.co/BconDVSI2z

BLOODY HELL!!! Bunch of sick gits. And no, it’s not a sign of the times. It’s a sign they don’t respect women as people, whatever the times.

If а woman needs it, should she be spanked? News clipping from the New York Daily Mirror, c. 1950s pic.twitter.com/mmn6x9pB44

He’s such an a$$hole. Which one? Good point. Both of them.

Trump hosted the NRA at the White House on the anniversary of Sandy Hook massacre https://t.co/kuUmEUFbKD

One of the best videos I’ve seen on this topic. A must watch!

The real reason American health care is so expensive https://t.co/xS143Txhlb via @YouTube

TN Pastor: Atheists Fight God Because They Secretly Believe in Him – Friendly Atheist https://t.co/V85rFUuMG2 via @hemantmehta

These former ISIS members are in rehab to leave behind their past and rebuild new lives. pic.twitter.com/8fr1giXDDv

Wait for the line that starts at 4:21! It had me laughing out loud! I won’t spoil your fun – you have to listen for yourself! This is pretty funny.

Could Santa Actually Deliver All Of The Presents On Christmas? https://t.co/WYJTQXr8kT via @YouTube

Dorothy could be in that one!

The first known photogrаph of a tornado was taken in Anderson County, Kansas. pic.twitter.com/LJnmblrYUx

Good on you Ireland!

THIS is how we need to combat climate change pic.twitter.com/rMo1Dg5dAI

The hunt for Zealandia, our lost continent, via @nzherald https://t.co/KVdC3eNSby

Another place I want to visit.

I’ve never seen this view of it before.

Explore countries that are rich with history and culture. #wanderlust #photography pic.twitter.com/7ZhVF9VeiB

I think I may have put this up before. Never mind. It’s cool!

A circle of dots, but every dot alone is just moving in a straight line. pic.twitter.com/oBJZNTnPY0

NOTE: People are too obsessed with Trump and Mueller and Tax to get diverted by animals today it seems, so I struggled to find even these!

Otters are cute, even when they have guns. (Yes, I know it’s a water pistol.)

Otter, you know what you have to do. pic.twitter.com/YmBCWT3c75

And I just have to present this one again!

And this here, well this is my back right paw. Probably my favourite of all my paws actually. Here, take a closer look if you like. Regard my excellent otter toes. pic.twitter.com/Z86rnqomrp

This is a new one on me!

а newly-born lamb snuggles up to a boy, by Williams Fox. England, 1940 pic.twitter.com/vLzlkVVfsM

Ducklings are so cute!

Just a cute duckling to brighten your day. pic.twitter.com/RoeBxcFK1q

When you see yourself for the very first time ????????pic.twitter.com/QzknhX2VC8

This corgi looks like a rabbit in the snow!

Wishing you all a fabulous Friday and great upcoming weekend ????❄???? Love and warm hugs pic.twitter.com/F1prxnO0tW

Getting ready to play!

What a cool looking cat!

Someone knows what they’re gettin for Christmas pic.twitter.com/nrVPgQXnYR