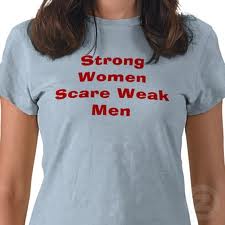 Today’s homily was inspired by a tweet sent to me by Ann German. (See Human Rights Tweets below.) It led me to an article in Aeon called ‘How men continue to interrupt even the most powerful women‘.

As a women I’ve experienced this, though at a far lower level than a US Supreme Court justice of course! I’m sure most women reading this could attest to the same thing. It’s also something we can’t complain about without being labelled as whiners. It doesn’t matter how valid your complaint is when you’re a woman, there’s always someone who will say you’re just a moaner, and there’s always someone who’ll back that up. Men aren’t as easily labelled as moaners as women.

To counteract that, women often find they have to refrain from complaining unless it’s something really serious. It’s the only way to get listened to. It also means spending a lot of time biting your tongue and putting up with a lot of unfair situations. (And another reason that minor sexual harassment doesn’t get reported.)

This is a power and control situation where, in general, society sees that it’s more acceptable for men to interrupt women than vice versa. As the article notes:

… no, this is not because women are more talkative (a common misconception): men actually talk more than women. Instead, interruptions are commonly interpreted as attempts by speakers to maximise their power through verbal dominance. Men interrupt women more because our society has historically accepted male dominance.

The article also notes that conservatives justices interrupt more often than liberals. This means of course, that liberal women versus conservative men is a double whammy on the court. Thus, conservative male justices get the chance to influence their colleagues much more than liberal female ones.

They checked to see if the level of interruptions was related to seniority. They found that senior justices interrupted their junior colleagues more often and that difference was statistically significant. However, they also found that “… gender is 30 times more powerful in explaining interruptions than seniority.” So clearly the male-female factor is very strong.

The same was true of those who presented arguments before the justices. It is a convention that they stop talking when a justice starts talking, and never interrupt them. Women almost always stuck to this convention but men didn’t. “Male advocates account for approximately 10 per cent of all interruptions; female advocates account for approximately 0 per cent.”

In addition they found that the conservative versus liberal bias carried over to advocates.

… on a societal level, raising awareness is essential. Men need to recognise that this occurs in order to change their behaviour, while women need to fight it or adapt. Therefore, research like ours has the potential to open the eyes of the justices, others in the legal profession, and society at large to this subtle but pervasive form of gender bias.

I can only endorse what the writers of the article say.

What is wrong with this git?

Time Magazine called to say that I was PROBABLY going to be named “Man (Person) of the Year,” like last year, but I would have to agree to an interview and a major photo shoot. I said probably is no good and took a pass. Thanks anyway!

Time had this to say:

The President is incorrect about how we choose Person of the Year. TIME does not comment on our choice until publication, which is December 6.

Someone else made up this response!
(Via Ann German.)

he is gonna be pissed pic.twitter.com/1LbExKx83e

Find out who readers think should be named TIME’s Person of the Year for 2017 https://t.co/IpZrEv1wNg

Another completely inappropriate tweet from the US president, and CNN’s reaction.
(Via Ann German.)

.@FoxNews is MUCH more important in the United States than CNN, but outside of the U.S., CNN International is still a major source of (Fake) news, and they represent our Nation to the WORLD very poorly. The outside world does not see the truth from them!

It’s not CNN’s job to represent the U.S to the world. That’s yours. Our job is to report the news. #FactsFirst ????

The tweet from Ann German that inspired my homily.

Patriarchy convinces even the most average man that he’s superior 2 highly accomplished women. This lie has 2 stop. https://t.co/7Tuw0GHEFz

The US already rates poorly by OECD standards in international freedom indices. Now the Republicans are looking to take away Net Neutrality in the US. So much for the Land of the Free!

This senator explained why Net Neutrality is so important to society — and every American needs to listen pic.twitter.com/ptTV3eAykU

Wow! What a room!

Royal Portuguese Reading Room in Rio de Janeiro, Brazil. Built in the 19th century, this gorgeous rooms is home to over 350,000 works — and the largest collection of Portuguese works outside of Portugal. pic.twitter.com/B9X0O432cs

There was a bit more leg-room in those days!

I wonder who took the pic?

So now you know. Where do you fit in?

Michael Jackson played about with his appearance so much, this looks photo-shopped.

The Greenhouse Effect made easy.

I think I’d want to know what they cultured first! It might be something gross! (Isn’t it always?)

What to do about space junk?

It just wants to play!

It is nigh on impossible to get any work done when there’s a clingy panda cub about. pic.twitter.com/CwMxMi9A43

This one’s got a powerful bite!

Yes, I know it’s not an insect, but it is a creepy-crawly. (I’m not a biologist so I can live with putting it here.)

The life of one little snail in the world might not amount to much for some people, but it means everything to him. https://t.co/XiAwFBIVHD

How’s this for a dream come true!

Sinbad is one of the easier #kakapo to catch: he often finds us, and then needs a little coaxing… #conservation #parrots pic.twitter.com/0yGaVK6ISL

Another pic of Sinbad.

Sinbad also got a #GPS tag last week. We fitted tags to 9 neigh bours on the ‘Loop’ side of Whenua Hou. #kakapo #conservation tech #parrots pic.twitter.com/wlY7UpW0FC

How cool is this!

Wow! What a gorgeous animal!

This is very sweet, but I wish they put the camera the right way around – I got vertigo watching it!

Staff must keep up with their jobs!

A stray cat broke into a zoo and became best friends with a lynx https://t.co/DMPAy9fIpo

This cat found how to get that milk or cream out of the package!