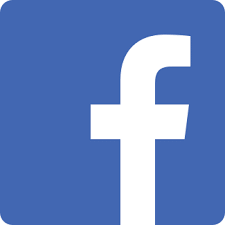 I have to apologize to you all because it’s been so long since I’ve put anything on the website. For those who are on Facebook, there is a Heather’s Homilies Facebook page. On a reasonably regular basis I post news stories there along with a short commentary of my own. I know it’s not much, but at least it lets you know I still exist.

I hope I can rely on you all to continue to be patient with me. After the last year, I’m aware that your patience must be wearing rather thin. The good news is that my body is finally back to where it was before my old chair broke down. This new one I spend most of my days (and half my nights) in is fantastic, and I still can’t believe that one of you was so kind as to pay for it for me. It literally changed my life.

I have been writing, but I’ve also been worrying a lot. I won’t bore you with the details, or the emotional effects. Suffice to say it’s making it very difficult to finish anything. The posts on the go are about abortion (two) and Iran.

Most of you are in the US. If you’re elsewhere, you’re unlikely to be aware of the details of NZ politics. We’re just too small to make the news unless there’s a major natural disaster or a mass murder. Thank goodness for all the New Zealand sportspeople and teams that lead the world, or most people would never have heard of us outside the Christchurch terrorist attack.

Anyway, there are three big political debates going on here at the moment. One is about euthanasia. Legislation known as the End of Life Choices Bill is currently working its way through the political process. A second is about legalizing marijuana. And the third relates to abortion.

Abortion is still illegal in New Zealand, including when the pregnancy it the result of rape. There are circumstances where an abortion is legal, and one is when the pregnancy would seriously endanger the mental health of the mother. That criteria is interpreted very broadly by most doctors. As a result, most women have no problem getting a safe abortion at no charge in a public hospital. Anti-choice campaigners complain that the vast majority of abortions in New Zealand are carried out under the mental health of the mother criteria.

Finally, we have a government who is looking at taking abortion out of the Crimes Act. That means though that the anti-choice campaigners are coming out of the woodwork and spreading their lies in an attempt to keep abortion illegal here. They are using the same tactics as their fellows around the world, including spreading lies about late-term abortions.

The second abortion post is, of course, about the attempts of conservative Christians and their GOP lackeys to make abortion illegal again in the US.

This is obvious really. The situation in the Middle East, always simmering, is being brought to a boil the hawks in the Trump administration, led by National Security Advisor, John Bolton. There are other international players, such as Prime Minister Bibi Netanyahu of Israel, and the Crown Prince of Saudi Arabia, Mohammad bin Salman (aka MbS), who are not helping the situation.

It’s extremely worrying, not least because of Trump’s incompetence, which is even greater when it comes to foreign affairs. However, he’s also the best hope because I believe he genuinely doesn’t want a war. The problem is his lack of understanding might have effects he doesn’t foresee.

To make up for not doing a proper post, here are a few tweets for your enjoyment. I haven’t separated them out into categories as usual as there aren’t enough. It’s just a mishmash.

why am I still thirsty pic.twitter.com/3QUiFw5MW3

I don’t quite understand, but it’s cool anyway.

Constructive interference occurs whenever waves come together so that they are in phase with each other https://t.co/JN4XJZckYy pic.twitter.com/IMgzgz3eL2

What a cool cat!

My cat likes to sit a little strangely pic.twitter.com/AHPnaxLUb8

Snails are the cutest, most mesmerizing little eaters ever ???????? pic.twitter.com/zUHI65rl3f

Mama cat bringing her kittens to her human’s bed as a sign of trust pic.twitter.com/Zj1sFSquJ3

The reflexes of an antelope are crucial for its survival: here a crocodile attack si shown in slow motion https://t.co/szbHhaJvaT pic.twitter.com/rge7btmrSh

No. Not after all the stories of such rides failing.

I’m probably supposed to think this is gross, but I think it’s fascinating.

The removal of a botfly larvae from a woman’s arm! pic.twitter.com/GjNcnE9BDw

If you can’t see the very bottom of Trump’s trousers, click on the photo.

This photo appeared in a few articles on the Arlington visit. It is not photoshopped.