Geoff Robson: Lying for Jesus and Wrong about Richard Dawkins 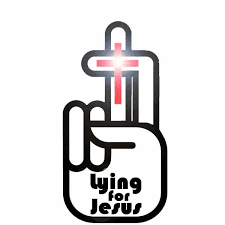 Richard Dawkins gave a couple of talks in New Zealand recently. He’s here promoting his new book, Science in the Soul. As usual that brought people out of the woodwork with the message the atheists are either stupid, lying, or just plain evil. None ever sees the irony in their statements. One prime example is Geoff Robson. He wrote an article for one of our leading internet news sites, stuff.co.nz, ‘Why Richard Dawkins is Wrong About Christianity‘. Comments on the article were closed within a couple of days – before I’d even read it. Lucky for me, I’ve got a website!

stuff.co.nz gave Sara Passmore, president of the Humanist Society of New Zealand the chance to respond. She wrote: ‘Geoff Robson is wrong about Richard Dawkins, the man and his work‘. She made many good points. Many of you will recognize them as the same ones we atheists have to make over and over again. One she made is particularly important, and doesn’t get said enough in my opinion. She wrote:

Atheists are always asked to prove God doesn’t exist. Usually by monotheists. This is a common logical fallacy. The burden of proof lies with the person making the claim … . 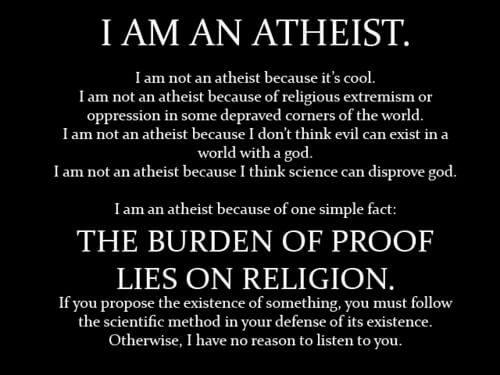 Passmore responds to Robson’s criticisms of Dawkins. Therefore I’m dealing more with his claims about Christianity itself, though I also address some of the attacks on Dawkins she didn’t have the space for.

Robson’s criticisms of Dawkins are the usual ones we hear from the religious. A frequent one made towards all atheists when they criticize religion, which Robson reverted to is:

“Sloppy thinking and contradictions mark his speaking and writing.”

How many times do Christians have to say that before they work out they’re the ones that are wrong? They think Dawkins’ thinking is sloppy because they think he’s wrong about God. They have yet to work out he’s the one who’s thinking clearly.

We’ve come to expect that many of the most committed religious think it’s okay to lie for their religion. Oftentimes they don’t even consider what they’re doing is lying. They don’t see the difference between saying, “God is real,” and, “I believe God is real.” Robson writes:

In his new book, Science and the Soul, Dawkins describes faith as “belief that isn’t based on evidence”. He continues: “Religious faith not only lacks evidence, its independence from evidence is its pride and joy, shouted from the rooftops.”

Dawkins is completely correct here of course. Religious faith does lack evidence. There is no evidence for God or gods, whatever your religion. Neither is there evidence for the existence of prophets such as Moses, Jesus, or Mohammed. We know the Mormon “prophet” Joseph Smith was real. However, there’s absolutely no evidence the angel Moroni was real. There is, of course, evidence that much of what Smith said was a lie.

Robson though, begs to differ. He writes:

Christians have zero interest in a belief system devoid of evidence, still less in a belief system that flies in the face of the evidence. The Bible is a book of history, and Christianity is built on the historical evidence for the life of Jesus Christ.

I’m not sure this man should be working in a university. “The Bible is a book of history …”. Um. No, it’s not. In fact the more historians and archaeologists try to prove that it’s history, the more it becomes obvious that it’s not. Then there’s the more common, “Christianity is built on the historical evidence for the life of Jesus Christ.” Again, no. It’s not. That’s not even possible because there is NO evidence. Despite what many Christians believe, but most atheists know, the story of the Crucifixion is not contemporaneous. It was first written down decades after the events allegedly occurred. 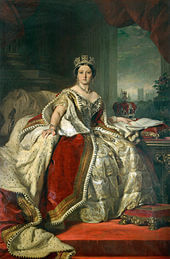 People tend to think of things that happened a long time ago as somehow being closer together than things that are happening now. It’s as if there’s no difference between 1,900 years ago and 1,970 years ago. One way I try to make them see it is to point out that only 200 years ago, Queen Victoria hadn’t even been born. Here is another:

Imagine that an uncle came back from World War II (in 1945), speaking about a hero who did all sorts of amazing things. When a town ran out of food, he was able to feed them from the rations in his pack. No matter how many people came along, food kept appearing. Fellow soldiers who were suffering from physical wounds or PTSD were cured when he laid his hands on them. He made a whole company of enemy soldiers jump off a cliff to their death instead of attacking when their platoon was out of ammunition.

He took on the Nazis single-handedly, and they spoke his name with fear and awe. Eventually the Nazis managed to capture him. Instead of making him a prisoner-of-war, they brutally tortured and killed him because he was such a threat. Then they buried him in a cave. Three days later your great-great uncle went to find his body to give him a more respectful burial. Instead, he saw him walking down the road perfectly okay, though still with his all the wounds from being tortured. Even the wounds that went right through his body weren’t bleeding. It was as if they didn’t hurt him anymore. After that he disappeared.

Your grandfather grew up on those stories. You heard them from your grandfather as a child. They sounded fantastic, but he assured you they were true. As an adult you wrote them down, and thought this hero should get a posthumous medal for all he did. But no one else had ever heard of him. You couldn’t even find descendants of the people he fed so miraculously, healed of their wounds, or cured. There was no mention of him in dispatches. There was no record of him in any German military records either, despite them being meticulous record keepers (just like the Romans). No other country’s official records mentioned him either. Finally you find one other mention of him. But it was written thirty years after the hero’s death and the writer was told the story second hand. (The equivalent to Josephus.)

This is similar to how the story of Jesus sounds to atheists. A Christian doesn’t even see the parallels.

Most specifically, Christianity rises or falls on whether Jesus rose bodily from death, never to die again, as an actual event in time and space. Because Christians are persuaded – by the evidence – that he did, we believe he is who he claimed to be.

You can believe it, and that’s your prerogative, but there is no evidence. And besides, I would think that a pastor would know: Jesus himself never claimed to be the son of God.

We believe he takes away the guesswork when it comes to God. We believe he can offer all people everywhere a special and unique access to their creator.

Robson accuses Dawkins of “sloppy thinking and contradictions,” but that’s exactly what we have here. Robson said that the Bible was “a book of history.” If that’s the case, why is there “guesswork” about God. Surely Jesus creates more guesswork because some of the things he teaches are different to the Old Testament. And there are plenty of people who don’t believe he’s the son of God. Everyone who’s not Christian for starters. Robson almost gets it right in his next paragraph:

But if Jesus didn’t rise from the dead, Christianity should be abandoned. Tear it all down. If you proved to me that Jesus stayed dead, I’d tell my children to rip up their bibles and I’d quit going to church. The bible itself insists that if Jesus never rose, Christianity is utterly useless for everyone.

Jesus didn’t rise from the dead because he probably didn’t exist in the first place. I’m not sure why Bible suddenly gets a lowercase “B” if Jesus is dead. The Bible is still a book, and I’d also not advocate ripping it up. It’s been hugely influential on our culture, history, society, and more, and for that reason alone we should all know it and understand it. There are also churches that manage pretty well without necessarily believing in Jesus, such as the Unitarians. If you’re a person who likes the community of a Church, that’s possible without the belief. There are also plenty of other places people find fellowship and community. All that’s necessary is a shared interest.

However, Robson believes that Jesus rose from the dead, and to him that means he is RIGHT, and everyone else is WRONG. He says so:

But he did [rise again]. That’s where the evidence of history takes us, and so Christians believe. We have faith because we trust in the evidence.

This isn’t a complicated idea, and surely Dawkins is smart enough to grasp it. He’s heard it clearly explained in debates against the likes of John Lennox, Oxford Professor of Mathematics. So I find myself wondering: does he really not get it? Or does he get it, and choose to turn a deaf ear? Which is worse?

And that’s the problem. There is no evidence, but Robson believes it anyway, and therefore Dawkins is stupid or lying to say otherwise.

But it’s Robson who is wrong. I don’t know whether he’s watched a debate between Lennox and Dawkins. I have, and Lennox does not explain the evidence at all. He explains his own feelings and beliefs, but that’s not evidence. He constantly mischaracterizes and misinterprets Dawkins’ arguments. Lennox even tries to argue that atheism is a belief system. It’s an error that many theists make, but not one I would expect from someone with the intellect of Lennox.

Geoff Robson is free to believe what he wants to believe, but if he wants to go up against Richard Dawkins, he needs to find a few new arguments. The ones he has have holes in them big enough to drive a truck through. 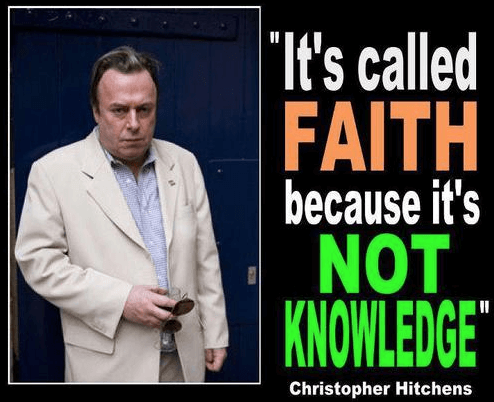