Friday Sermon in Cincinnati: Women Must Stay Home and Serve Their Husbands

There are many imams and other Muslims who are working hard to reform Islam from within. These people are often risking their lives in order to bring the values of equality and humanism to their religion. They have established mosques where men and women worship side by side and welcome LGBT people into their midst.

Then there are imams like the one below. They need to be exposed for the ignorant bigots they are. This imam is reinforcing the prejudices of all those who hate Muslims, just like the Westboro Baptist Church and other anti-gay Christians make themselves a target for hate.

There are many on the left who criticize people like Sam Harris and Bill Maher when they point out the misogyny and homophobia in much of Islam for stoking the flames of of anti-Muslim bigotry. (And I’m sure those same people will criticize me for doing it too if they notice!). But we are not the ones doing anything wrong. Islam itself needs to take a lot of the responsibility. As long as there are a large proportion of Muslims who believe things such as those taught by the imam in this video, and they do, people will feel justified in their bigotry. Ignoring this fact will not make it go away. It is only by exposing preachers of hate that there can be any hope of changing their behaviour. There are other mosques in Cincinnati the men at this session of Friday prayers could attend where the imams do not teach such beliefs. If imams like this one were abandoned, they would have no one to spread their ideas to. 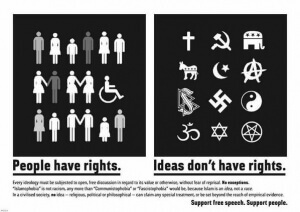 People are not born hating others – hate it taught. If you belong to a religion, any religion, where you are taught that another human being should not have the same rights and privileges as you do, there is something wrong with that religion.

Personally, I came to hate religion long before I stopped believing in God. The main reason, though not the only one, was the attitude towards, and treatment of, women. My feelings became stronger when I discovered as an historian how much of the misogyny was manufactured – things like the deliberate mistranslations of the Bible by (Saint) Jerome to raise men up above women.

I find misogyny and how it relates to religion a really depressing thing to write about. So instead of wallowing I present a few of the things I’ve posted on Twitter or collected from there and elsewhere over the years which exemplify some of my feelings and opinions on the subject: 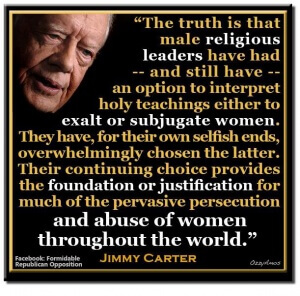 Of course, back in 2000, former US president Jimmy Carter, who was and still is a Sunday School teacher, famously left the Southern Baptists because of their stance on women. ABC News reported at the time:

In an interview with the Atlanta Journal-Constitution published today, Carter says Southern Baptist leaders reading the Bible out of context led to the adoption of increasingly “rigid” views.

“I’m familiar with the verses they have quoted about wives being subjugated to their husbands,” he told the paper. “In my opinion, this is a distortion of the meaning of Scripture. … I personally feel the Bible says all people are equal in the eyes of God. I personally feel that women should play an absolutely equal role in service of Christ in the church.” 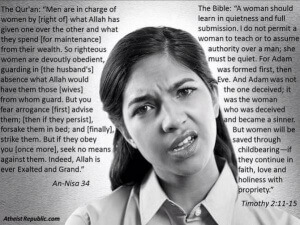 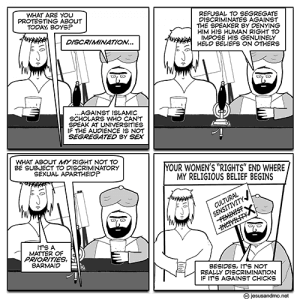 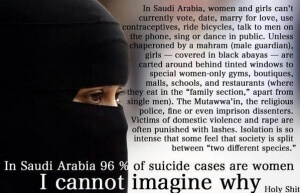 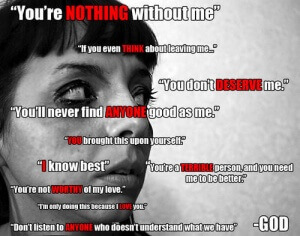 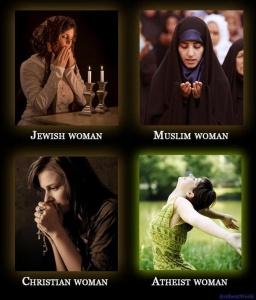