Many of you will have read and enjoyed Jerry Coyne’s post this morning on the Why Evolution is True website: ‘Five things that atheists don’t want you to know.’

I made a comment about atheists eating babies. As you probably know, there are lots of memes relating to this myth that occasionally make the rounds of Twitter (and probably Facebook too, though I’ve never seen any there. I thought I’d do a quick post to display some for your enjoyment. 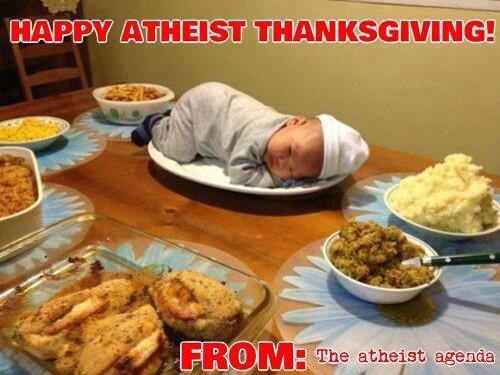 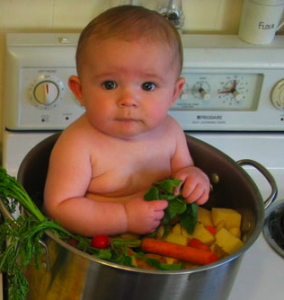 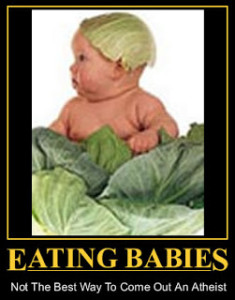 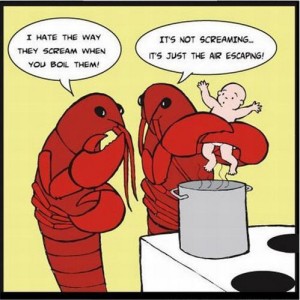 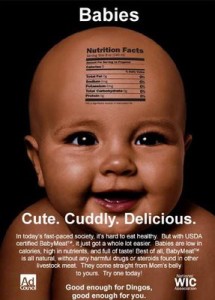 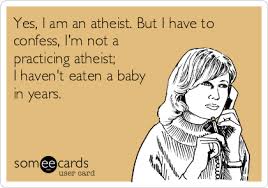 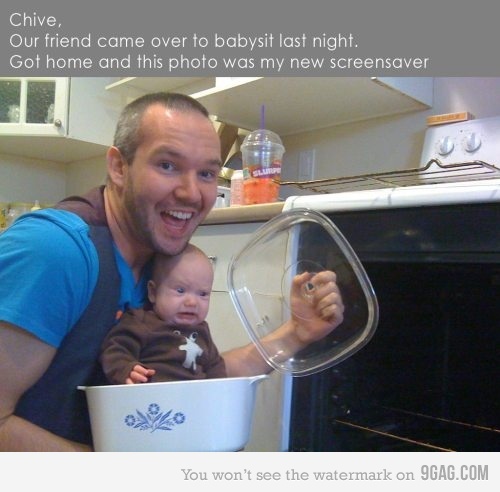 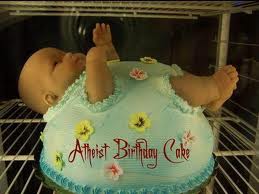 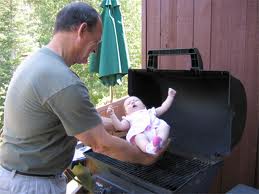 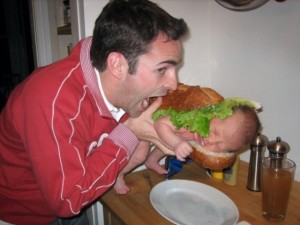 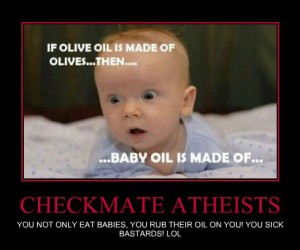 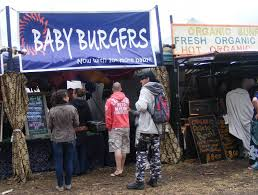 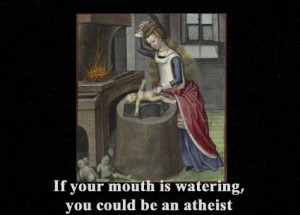 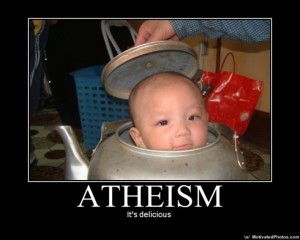 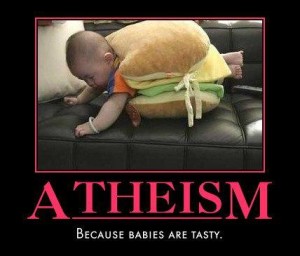 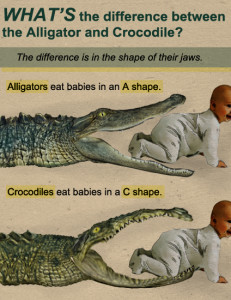 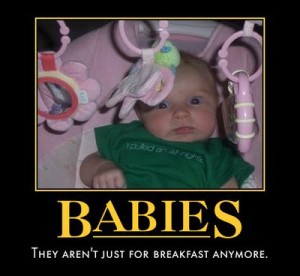 Richard Dawkins gets a special mention of course (with a bonus Dr Who reference): 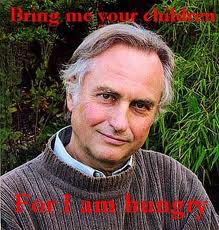 And the official pet of atheists get in on the act too: 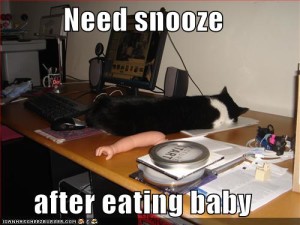 And we have an hilarious contribution from reader Diana McPherson (see comments below): 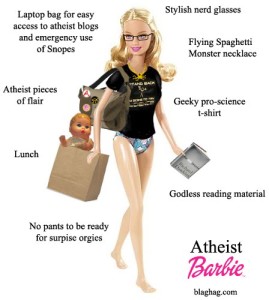