This video is from a debate on Egyptian TV on 27 January between an Egyptian Islamist imam Muhammad Hamouda and an Egyptian intellectual, Sharif Farouk. The TV host, whose name I cannot ascertain, is clearly on the side of the imam.

Part of the debate is about atheism versus Islam, and part of that is in this clip from MEMRI TV:

(I’ve tried, but it won’t work if I make it smaller. If you go to the link above you can see it without my site getting in the way.)

The Islamist imam he is debating has some beliefs about atheists I have never come across before. (Also from MEMRI transcript.)

Hamouda … if Sharif were an atheist and had an automatic gun with him, he would grab it and wipe out all religious people.

Farouk: Why do you assume that?

Hamouda: It’s not an assumption…

Farouk: Why do you assume that a non-religious person would grab a gun and kill you?

Hamouda: Isn’t this your doctrine?

Hamouda: All the countries with a majority of people of your kind are fighting and killing all over the world. We, the Muslims, are your victims.

In the end Farouk walks out as the host apologizes to the imam and the viewers:

Dear viewers, our show today was clearly pointless. I am very sorry that I had to host such a show. I apologize to the viewers for inflicting such discussion upon your ears.

He should be apologizing for the plastic animals argument and the lies by the imam about the actions of atheists around the world. 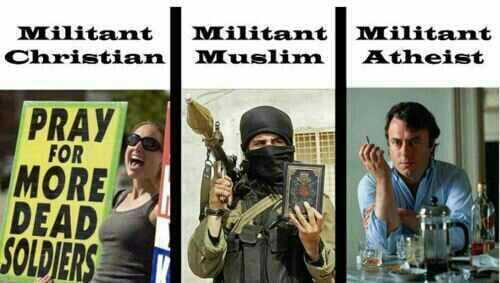 Of course, anti-atheist prejudice is nothing new. The idea that we’re all a bunch of amoral sexual deviants with nothing stopping is from being master criminals is common amongst conservative Christians. How anyone with any knowledge of reality can believe that is beyond me, but that’s religion. In general, the more atheists in a country, the more peaceful it is. The most violent countries in the world are those where religion has the most powerful grip and more often than not religion is the cause. 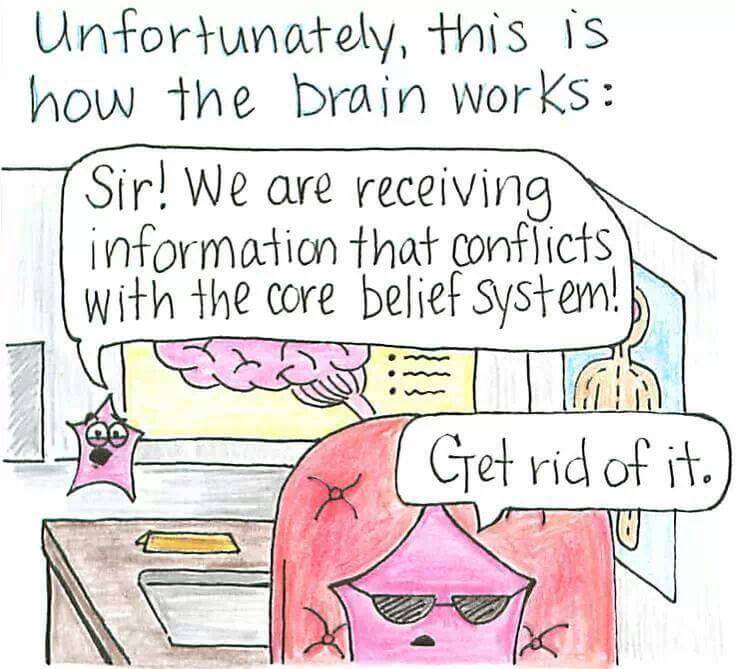 University of Kentucky Study on Atheism in the US

Two University of Kentucky psychologists,Will Gervais and Maxine Najle, recently made a study of how many atheists there are in the US. Their hypothesis was that because of the social stigma of being an atheist, people didn’t tell the truth about their lack of belief even in anonymous phone surveys. (See their study here.) The reason for their assumption was a curiosity in the data of both Pew and Gallup.

First is the Pew Research Center. Most recently, Pew found that around 3 percent of Americans say they are atheists. It also found that a larger group — around 9 percent — say they do not believe in God or a universal spirit. (Which goes to show that you may not believe in God but could still be uncomfortable calling yourself an atheist — because that term implies a strong personal identity and an outright rejection of religious rituals.) Gallup also regularly asks the question point blank — “Do you believe in God?” The last time it asked, in 2016, 10 percent of respondents said no.

How Many Atheists are there in the US

In their thesis, Gervais and Najle state:

… our most credible direct estimate is 26%.

In their paper they go into detail about their application of statistical methods and how statistically reliable their estimate is.

From Vox’s interview of Gervais:

“There’s a lot of atheists in the closet,” Gervais says. “And … if they knew there are lots of people just like them out there, that could potentially promote more tolerance.”

I hope this study becomes well known in the US as it may encourage more people to come out of the closet as atheists. The last couple of decades has seen a huge change in attitudes towards and the acceptance of LGBT people as more have been open about their sexuality.

At the moment, around a quarter of USians are likely atheist. It would make such a difference to acceptance if people could see we’re actually just like everyone else.

I’ve written about the strong anti-atheist sentiment in the US on several occasions, most recently here. Suffice to say, it’s real. Only amongst the youngest age-groups (18-29) are atheists seen as no different from any other group in relation to religion.

Waiting for older people to die isn’t really a solution to the problem though. Atheists shouldn’t have to put up with being hated for not believing is something no one has ever even proven exists. 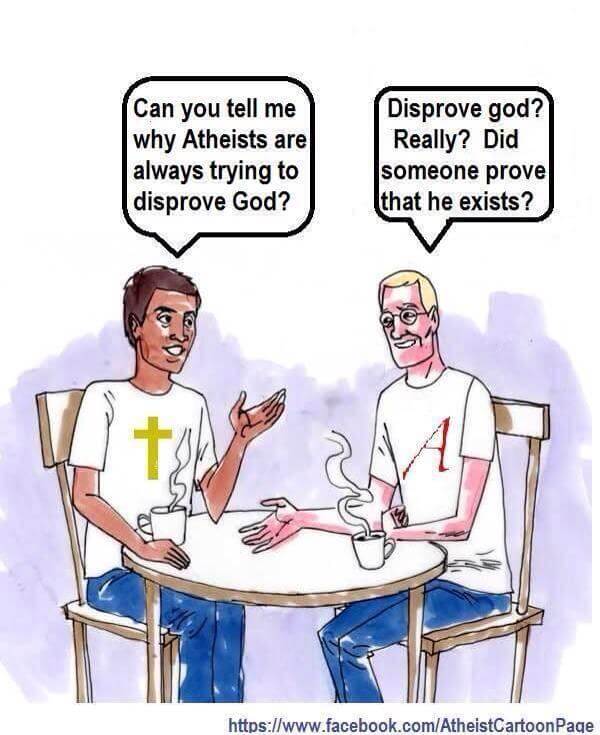 I feel compelled to include a comment on the argument that atheists are immoral here. It usually goes something like this:

If you have no belief in a god or an afterlife, what’s to stop you from constantly breaking the law or behaving immorally?

This argument is actually terrifying to atheists. It means the person making it only behaves well because of hope of divine reward or fear of divine retribution. They’re not actually a good person at all. How about doing the right thing because it’s the right thing to do for goodness sake? 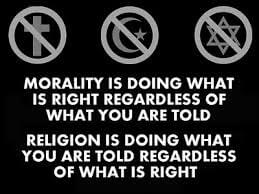 We’re probably not going to be able to do much about the beliefs of those who think atheist doctrine is to go around murdering Muslims. First they need to understand that atheists don’t even have a doctrine. However, if more people were open about their lack of belief in the supernatural, kooks like imam Muhammad Hamouda would not get the respect they currently do. And, people like Egyptian intellectual Sharif Farouk would not have to deal with ridiculous arguments using plastic elephants for analogy.