As we all know, Easter is a time that Christians all over the world mourn the death and celebrate the resurrection of their saviour, Jesus Christ.

It is Jesus whose life Christians supposedly try to emulate, and Jesus who gives them the name Christian. Reading the New Testament, the values of Jesus appear to be mostly good ones, though definitely not all of them. It probably wouldn’t be a bad thing if, on the whole, more people did act the way he did at least in relation to accepting all people equally.

Easter is obviously a pretty big deal in Christianity given it’s when they believe their saviour died “that we may have everlasting life”. Like many other atheists, the idea of worshiping someone for this reason strikes me as emotional blackmail. I didn’t ask Jesus to take responsibility for my sins, and who does he think he is to do this anyway? Apparently all I have to do to get to heaven is say I accept Jesus. If I don’t, anything I do wrong will result in me burning in hell for eternity, so no pressure!

As he so often does, Richard Dawkins said it best. 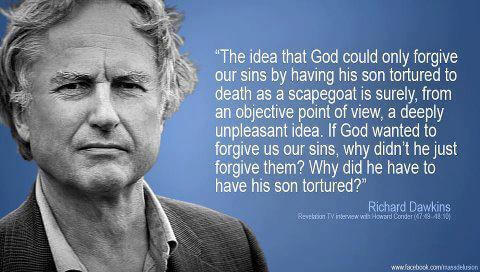 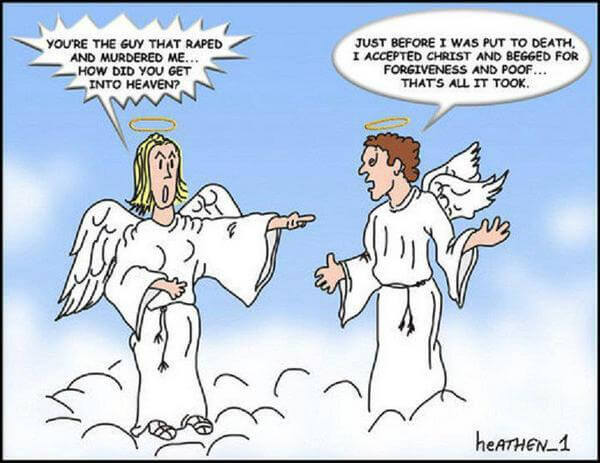 Quite frankly, I think that’s appalling. Worse still, in the West this idea has taken such hold that for hundreds of years anyone not accepting this piece of illogic as fact is seen as a Bad Person. Even in our supposedly enlightened world, a majority still see belief in a supernatural being as a requirement for morality.

Back in 2012, William Hounslow of the Rosa Rubicondior blog set ‘The Easter Challenge‘ for Christians. In it he set out all the contradictions in the Bible just relating to the resurrection of Jesus. He in turn got the data from Dan Barker’s 2009 book ‘Godless: How an Evangelical Preacher Became One of America’s Leading Atheists‘. Barker’s asks seventeen questions relating to the resurrection and gives all the different ways the gospels answer those questions.

Over the years atheists have come up with a few ideas relating to the Easter myth which naturally make their way onto social media. Most of those below I got from Twitter.

First, let’s get a little of the history in here. 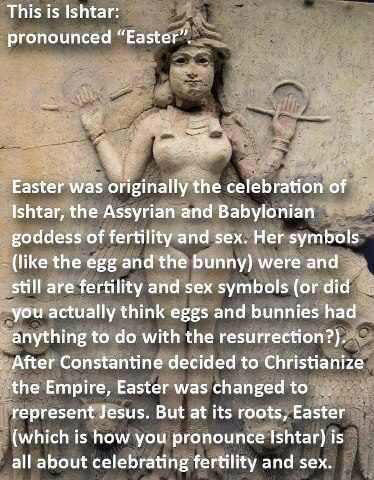 And here are a couple of classics from the Jesus and Mo series (the Author’s cartoon for this year is at the link). 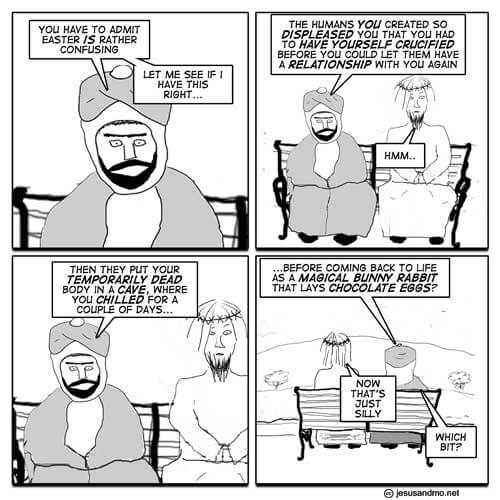 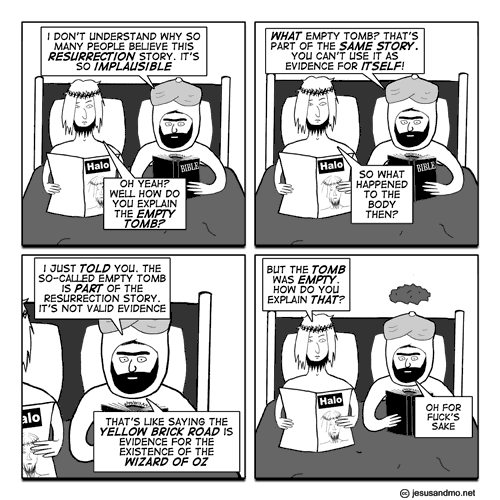 And a general selection. 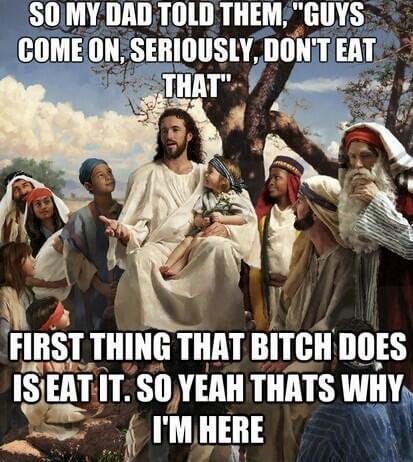 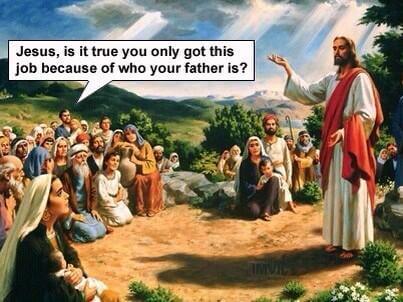 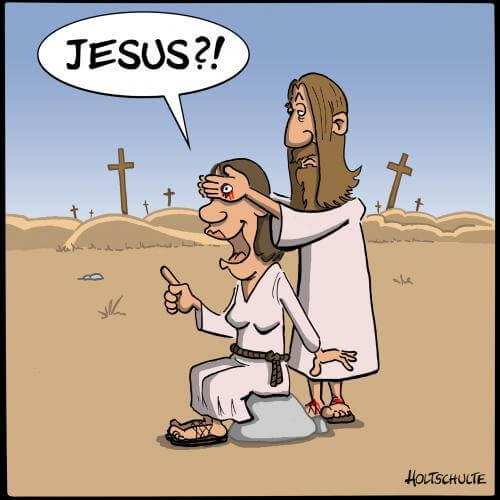 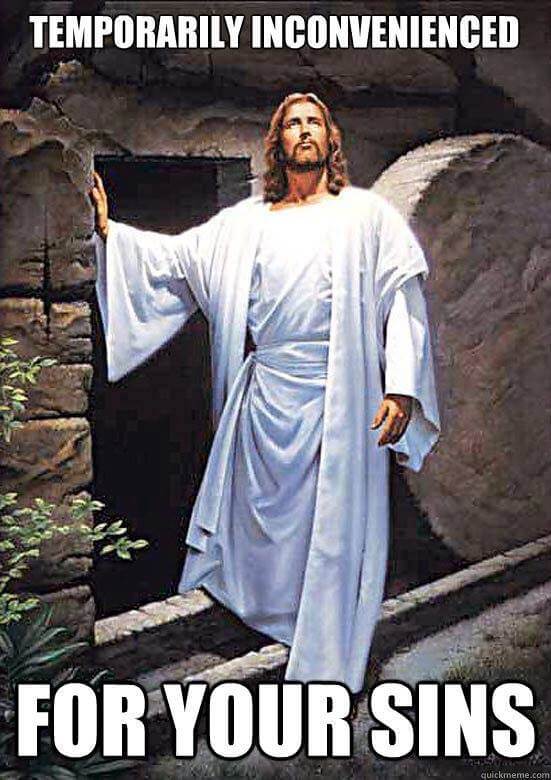 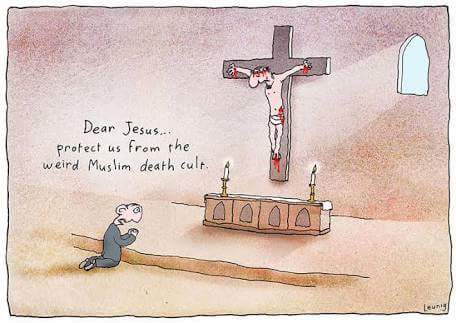 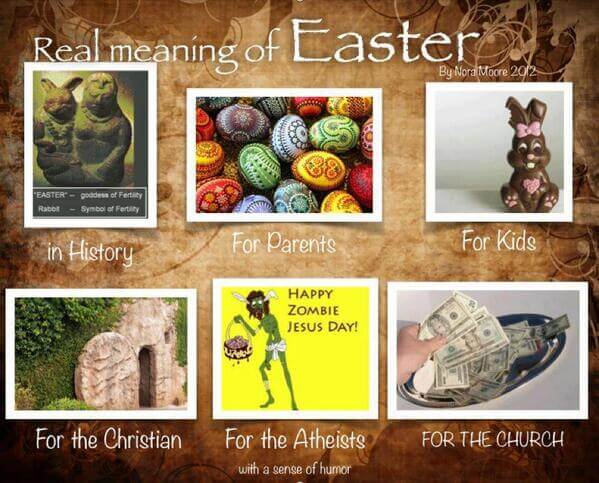 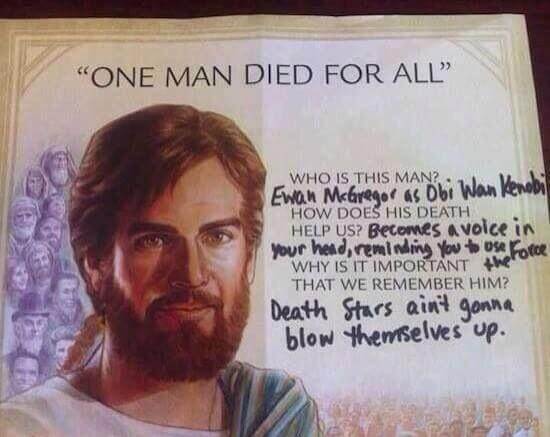 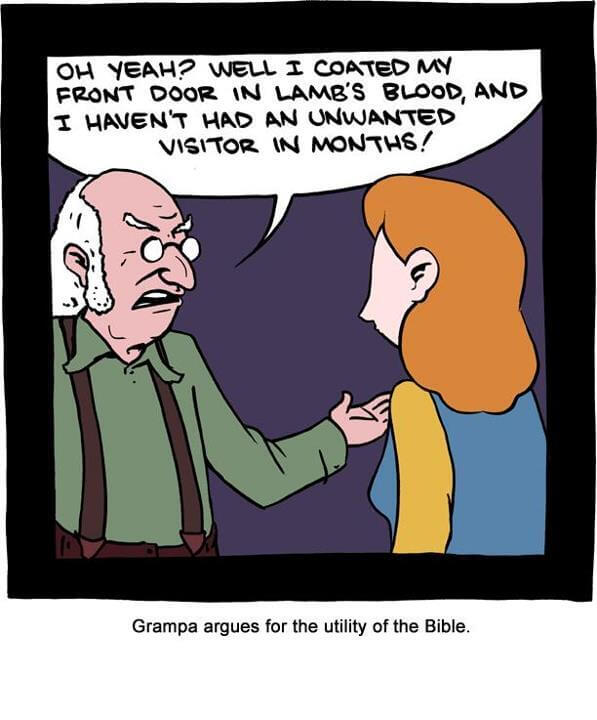 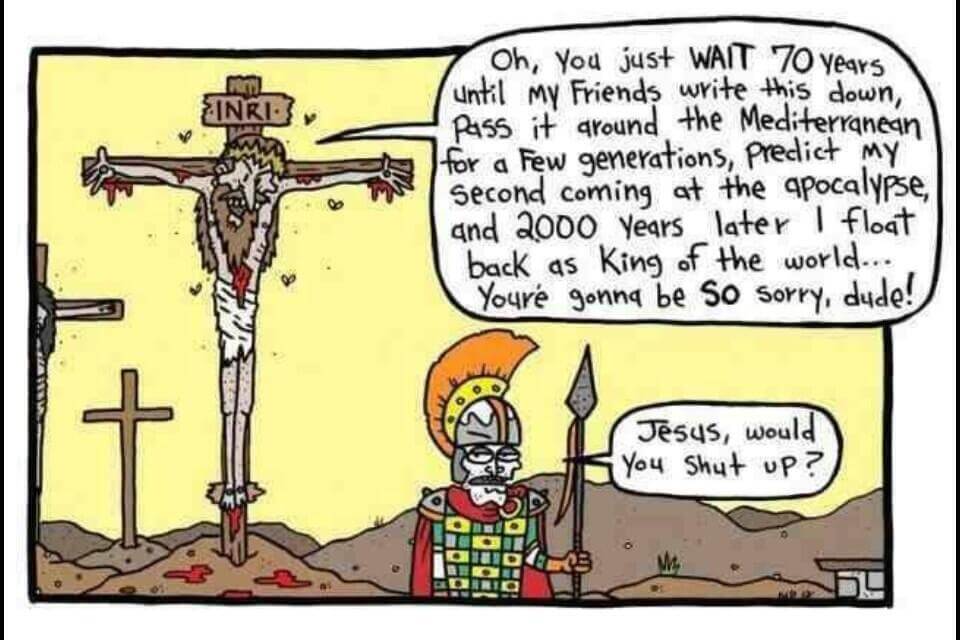 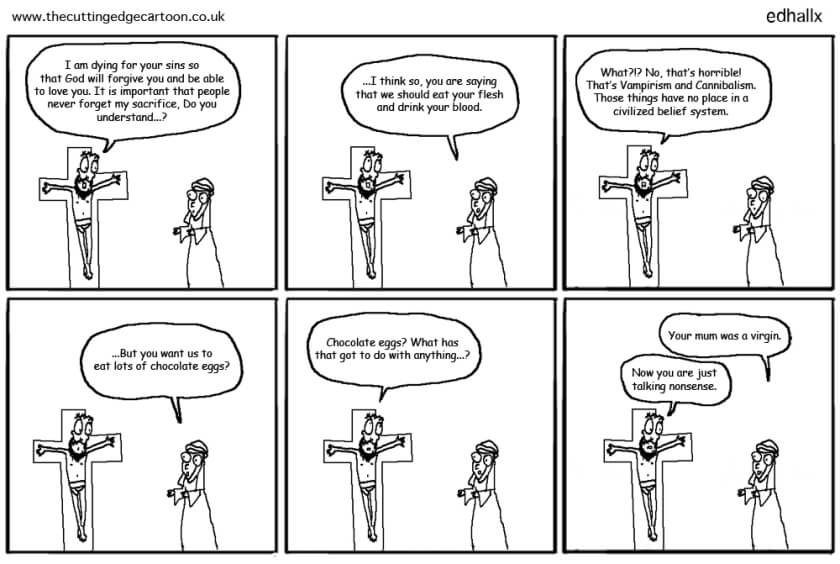 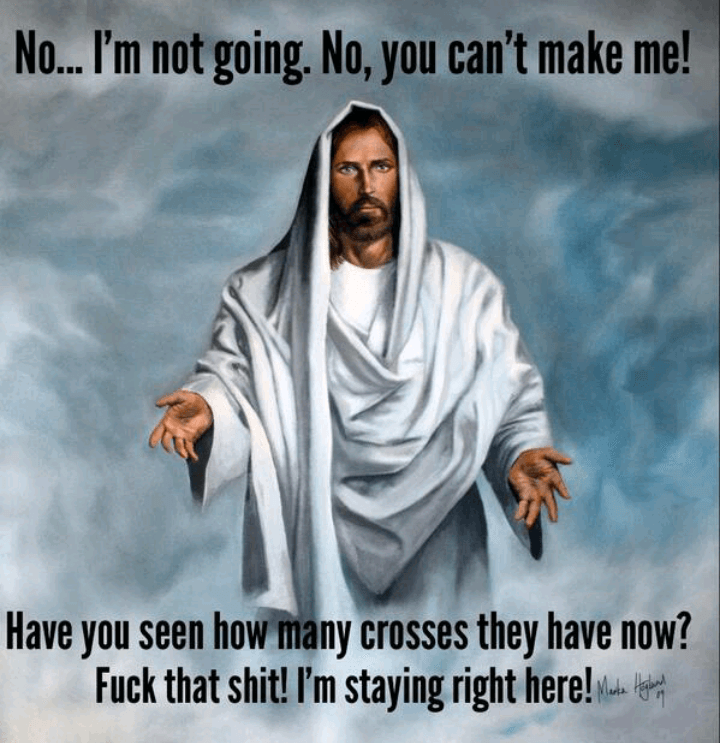 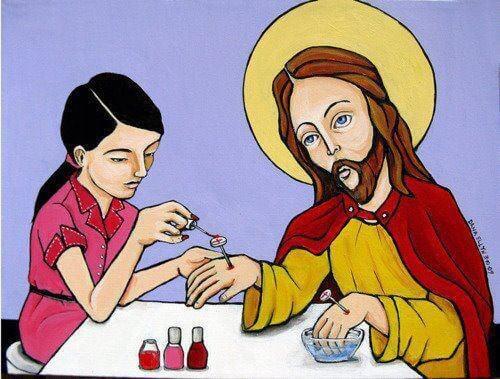 Jesus getting his nails done. 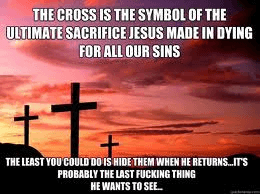 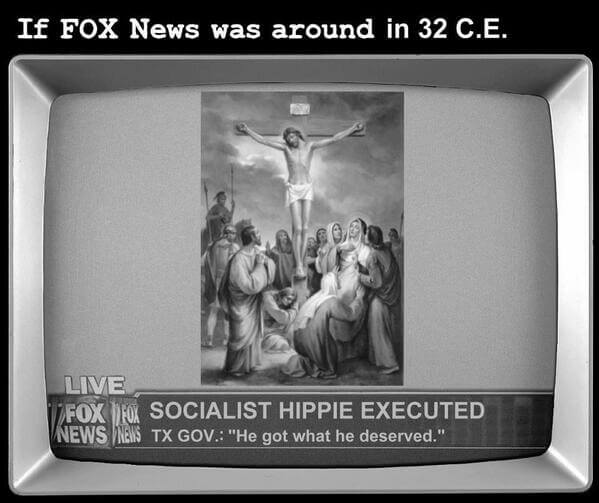 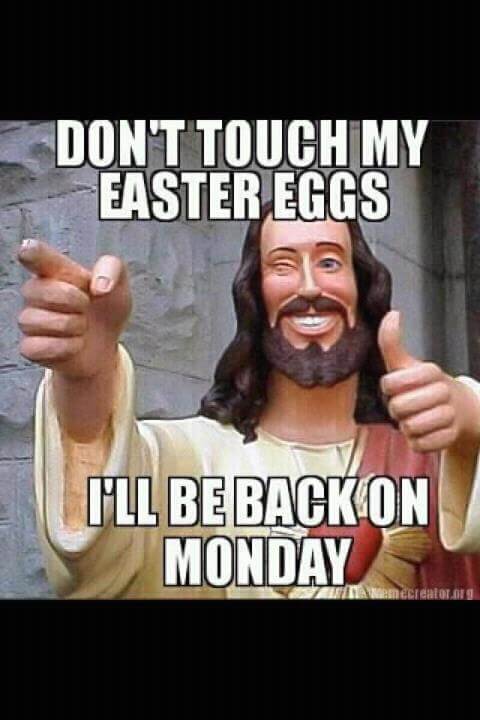 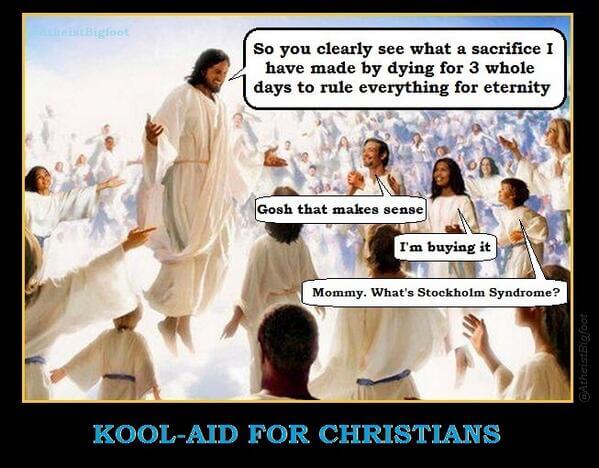 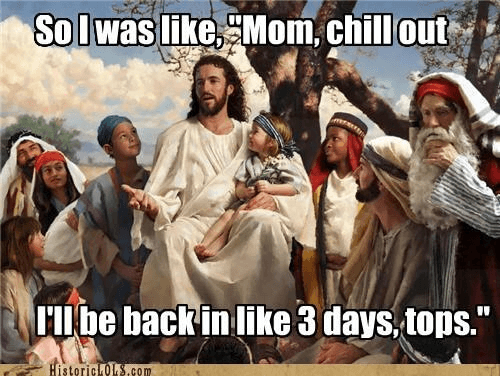