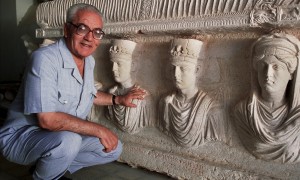 A 2002 picture of Khaled al-Asaad in front of a rare sarcophagus from Palmyra depicting two priests dating from the first century CE. (Photograph: Marc Deville/Gamma-Rapho via Getty Images)

Renowned antiquities scholar, Khaled al-Asaad (82), is dead. On Tuesday (18 August 2015) a member of DAESH chopped his head off then hung his body from a column in the town square in Palmyra, Syria. Why? Because he wouldn’t tell them where some Syrian antiquities had been hidden for safekeeping when DAESH captured the city in May this year. They had been holding him for more than a month before the brutal murder, trying to get the information from him. We can only imagine what was done to him in that time.

According to the Guardian:

A board in front of the body set out the charges against him, which accused him of loyalty to the Syrian president, Bashar al-Assad, maintaining contact with senior regime intelligence and security officials and managing Palmyra’s collection of “idols”.

Jonathan Tubb is keeper of the Middle East department at the British Museum and got to know al-Asaad well. He wrote a short piece, also for the Guardian, about his memories of him: 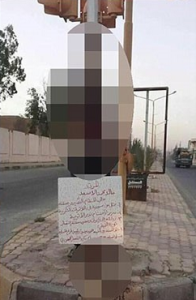 Sickening images shared on social media by DAESH showed the mutilated remains of Mr Assad chained to a railing, with his severed head – still wearing glasses – placed on the ground between his feet. (Source: Al-Alam News)

I first got to know Khaled al-Asaad in the 1980s as a colleague, and subsequently as a longstanding friend. During my almost annual visits to Syria until 2008, I could always count on the warmest of welcomes at Palmyra, and I well recall Khaled, standing on the steps of the Tadmor Museum, his face beaming, ushering me into his tiny office and sweeping piles of papers on to the floor in an attempt to excavate a chair for me.

His enthusiasm for Palmyra was inextinguishable and, within minutes of my arrival, I would be immersed in plans, drawings and photographs of the latest research. His heartless murder has come as a great shock and he will be greatly missed.

Khaled was an outstanding scholar, a world expert on the history and archaeology of Palmyra, the site that was his passion to which he devoted much of his long and dedicated working life. There will surely be few people who visited this world heritage site who do not have on their bookshelves a copy of his book, Palmyra: History, Monuments and Museum (co-authored with Adnan Bounni), which became the definitive guidebook almost immediately after its publication in 1982.

Yet his scholarship was much deeper and he was a regular contributor to Les Annales Archéologiques Arabes Syriennes (the journal of Syria’s directorate general of antiquities and museums) with articles on all aspects of Palmyrene culture, especially those relating to the extraordinary series of funerary portrait busts and their associated inscriptions.

Khaled was a delightful person, with a warm and engaging personality and a wry sense of humour. He went to great lengths to welcome and assist scholars, students and visitors from around the world and his book-cluttered office in the Tadmor Museum was regularly full of a whole variety of people enjoying his tea and his company. As director of Palmyra, he encouraged and facilitated research, excavation and restoration and, at the same time, made it accessible for tourists as surely one of the most impressive and unforgettable archaeological sites in the world. 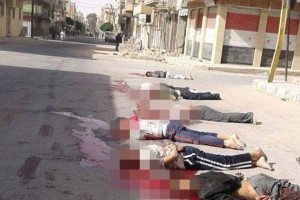 Al-Asaad wasn’t the first person DAESH had murdered since capturing Palmyra in May (population 55, 062: 2004 census). The Daily Mail reported the city was strewn with the bodies of hundreds of Syrian regime soldiers, several decapitated. The regime reports they kept a corridor open to allow civilians to evacuate. According to Al-Alam News Network, the official broadcaster of Iran, 300 soldiers were killed when the city was taken. DAESH then went around the city killing whoever was left – Al-Alam News says another 100 mostly women and children were killed in this operation.

The murder of Khaled al-Asaad is another brick in the wall of proof that most of the motivation of DAESH is religious. There are two reasons the terrorist group wants to know where the artefacts are. One is to destroy them as representing a religion they consider heretical. The other, in the typical hypocrisy of so many of the ultra religious, is to sell them to fund their illegal actions.

In February DAESH released heartbreaking video, which they said showed their destruction of ancient monuments. Videos such as this are what led the Palmyra World Heritage Site to be designated endangered. 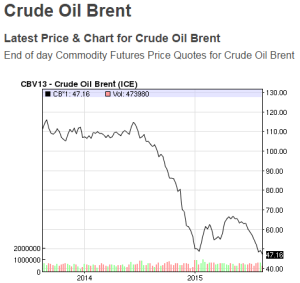 It seems that financial considerations have now led them to ameliorate this policy. The main source of DAESH’s funding is oil. They have control of several oil fields and at least two mobile refineries. However, oil has not been so profitable in the last year, although mostly not because of any direct action by the US and their allies. (They are reluctant to bomb the oil fields, I assume because they wish to leave the infrastructure intact for when DAESH has been defeated, and because it would cause an environmental catastrophe.) There are parts of the support network they have been able to successfully attack though. The main reason for the reduction in their income though is that the price of oil slumped a year ago, has remained low, and is likely to stay low for some time in my opinion. The price DAESH gets for oil is always lower again than the official price of course, as they have to rely on the black market. A year ago they were getting US$2.5 million/day, but they’re getting only about a third of that now.

They need a way to make up the difference. It’s estimated they’ve received about US$20 million in the last year from ransoms, but that’s not going to go far. They’ve also ransacked the banks and other institutions in the towns they’ve captured, and have a reasonably sophisticated civil infrastructure in the area they’ve declared their caliphate, which makes them money through taxes, fees, and fines. The area with the biggest growth potential for them though is the sale of artefacts, again on the black market. That is why when they took Palmyra they didn’t immediately destroy the ancient and beautiful city. Instead, they found al-Asaad and tried to torture him into giving up the location of the city’s treasures, which were hidden in anticipation of the imminent arrival of DAESH. His amazing bravery has saved some of the world’s most precious treasures from exploitation.

I wonder in they prostrate themselves in prayer before and after selling the items in the same way they do when raping Yazidi women and children. 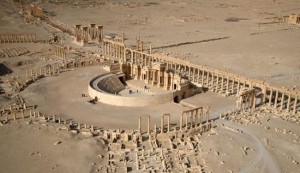 Palmyra is a UNESCO World Heritage site, and has been designated “endangered” since 2013 because of the Syrian civil war. There is evidence of continuous human occupation in the area from 7,500 BCE – stone tools have been found that date to that era. It entered the historical record around 2,000 BCE when, according to Wikipedia, “Puzur-Ishtar the Tadmorean agreed to a contract at an Assyrian trading colony in Kultepe.” As well as several other documents, it’s mentioned in the Bible, Torah and by Josephus in The Antiquities of the Jews. Palmyra became part of the Roman Empire around 14 CE during the reign of Tiberius. It became a Christian city in the early 4th century, then was annexed to the Rashidun caliphate in 634. It became wealthy during the Umayyad caliphate as a key trading post between east and west. Like most of the Middle East, it’s had a complex and interesting history.

In May, the Roman amphitheatre there was reportedly used in a sick parody of its history as the location of the shooting execution of twenty men before an audience. The men were accused of being supporters of the president of Syria’s regime.

The brutality of DAESH is personified in the torture and murder of Khaled al-Asaad. He deserves to be remembered for the millennia the artefacts he protected will last because of his bravery.