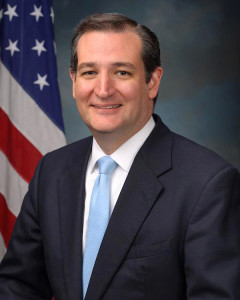 In Greenville, South Carolina this afternoon (Wednesday night US time) CNN’s Anderson Cooper is hosting a Town Hall for three of the GOP’s remaining candidates – Ben Carson, Marco Rubio, and Ted Cruz. (A second Town Hall featuring John Kasich, Jeb Bush, and Donald Trump is to be held tomorrow.) My signal has been interrupted by rainstorms. I saw most of Carson’s session (see here), missed all of Rubio’s session, and came in again part way through Cruz’s session, but missed the end of that too.

At the point I got service back after losing it during the Carson portion, Cruz was answering a question that CNN described on screen as:

It’s reported you don’t get along with fellow lawmakers; as President how will you get any legislation passed?

I only heard some of his very long answer, but what I did hear wasn’t convincing. To start with he was blaming everyone else for not getting along with him – it was all their fault. Secondly, he was throwing a whole lot of details of Senate procedure at the audience that would make the eyes of even the biggest fan glaze over. Thirdly he said, basically, no-one likes me because I’m keeping my promises to the people that elected me. The trouble with that is, it’s not a way to get legislation passed, and that was the question he was asked. Politicians have a job to do, and it’s to represent the interests of, and to do the best for, their constituents. He was not being a politician with things like his filibuster, he was being an activist. Politics is the art of compromise and, dare I say it, making a deal. It’s about working with others to get the best result you can, not demanding your way and preventing any progress if you can’t have it.

He then went on about all the things he was going to do on Day One of his presidency. These included:

Like I’ve said before, like even Stephen King says, this guy is really scary. And if anyone knows scary it’s Stephen King.

Another thing I’ve noted about Ted Cruz before is that he invokes the name of Ronald Reagan more than any other candidate. He did that again at this point, stating that it was on the day Reagan was sworn in that the Iranian hostages were released. He seems to be attempting to start a myth that the mere presence of St Ronald in the White House was what lead to the hostage release, and all the work done by the previous (Democratic) administration had nothing to do with it.

Cruz is still in full flight, letting the audience know that he’s “running on two big legislative initiatives.” The first is repealing Obamacare, and the second is “adopting a simple flat tax and abolishing the IRS*.”

We then got a history (re-written) lesson from Cruz, comparing himself favourably to Reagan. According to Cruz, everybody hated Reagan when he came into office in 1980, but he became popular by building a grass roots organisation just like Cruz is. The comparison is wrong and deeply flawed, but I think Cruz himself, for all his intellect, believes it. Unlike Cruz, Reagan was charismatic, and had served two terms as the governor of a large state, so had experiencing with actually working with others to get things done in government.

The next question was an excellent one, and amazingly at this stage in the process, a new one: “What cabinet position do you think most important to fill first and why?”

Cruz decided on a three-way tie between State, Defence, and Attorney-General.

State, because relationships with other countries are so important in today’s world. (I guess that’s why he’s one of the senators blocking the confirmation of at least 32 ambassadors.) He mentioned again here his Day One Priorities of “ripping to shreds” the Iranian deal and moving the embassy to Jerusalem. (This guy needs “Antichrist” tattooed in his forehead.) We got the bullcrap about the bust of Winston Churchill being sent back to the UK by Obama too – he’s apparently going to bring it back to the Oval Office. (Seriously – why doesn’t he get challenged on these lies?) He said he’s not naming anyone yet, but a Secretary of State in the Cruz Administration would be someone like John Bolton. (Those of you in the northern hemisphere might want to be ready to emigrate to New Zealand if this guy gets anywhere near the presidency.)

Attorney-General, because the “lawlessness of the Obama Administration has been one of its saddest legacies.” (This is getting more unbelievable with every second.)

At this point my provider let me down again, and I got no more. I didn’t hear very much of Cruz, but I’m not sure I could’ve stood much more. What little I heard, was revolting, seriously scary, and he clearly has no idea about economics either – his tax plan would be disastrous.