Climate Change and the United States

As regular readers will know, I enjoy Fox News’s The Five, which is a US show in which five co-hosts (four conservative and one liberal) discuss current events. Because of the political leanings of most of the co-hosts, I rarely agree with them, but I enjoy the (mostly) intelligent discussion nevertheless.

I started watching this (Tuesday) morning (Monday 5pm EST), and the first segment was about the Paris Climate Change conference. That’s as far as I got. I had to stop while I sent off an e-mail to the show. I thought I’d share my thoughts with you:

I can’t believe the denial about climate change coming from some The Five panelists in particular and Fox News in general.

The US is the ONLY developed country that has a big chunk of its population that is denying the science.

Countries like mine (New Zealand) and European countries are doing a lot to try and mitigate the problem, and have been for some time. Almost all NZ’s electricity comes from renewable sources for example.

There is no such thing as clean coal, just coal that doesn’t murder you after it rapes you.

The coal industry isn’t failing because of Obama’s regulations. Coal is an international commodity. The world price has plummeted, mainly because China has cleaned up its act and is finally doing something about the greenhouse gases it’s producing, so there is less demand. (It’s the only country that produces more greenhouse gases than the US, though that is a recent phenomenon.) Coal used to be cheap to produce because it came from open-cast mines and lack of regulation meant the men who mined it were constantly dying either in work accidents or from long-term disease caused by what they breathed in their work. Now, the mines are ever deeper underground, and we make more effort to protect the lives of miners. Surely that’s a good thing? (Unless you’re Libertarian of course, then it’s every man for himself.) The coal industry is failing worldwide because it’s no longer economic to produce coal.

Incidentally, India is still lately producing a lot of coal, which their economy needs badly. There, the mines are still open cast and there aren’t many regulations protecting miners. They can’t afford US (or NZ) coal.

Long-term, climate change is a bigger threat than Islamist terrorism. That’s not to say that terrorism isn’t a threat. It has to be dealt with, but surely a country that considers itself to be so exceptional can walk and chew gum at the same time? Ms Guilfoyle’s idea that the GOP Is prioritising things properly and intelligently by ignoring climate change until Islamist terrorism is stopped is not logical, as she asserts. It fails to recognize both that Islamism cannot be destroyed in a hurry, and dealing with climate change cannot wait.

Read this article from today’s New York Times, ‘Short Answers to Hard Questions About Climate Change.’ It might help you understand the issue.

There’s a lot more I could have said of course, and many of you will know the data that backs up my statements better than I do, but I didn’t want to make it too long to increase the chance it’ll be read. I still don’t know that they’ll read it, and even if they do it’s unlikely to make any difference, However, I got the rant off my chest, and now I’m posting it publicly, so at least I feel like I’ve done something. 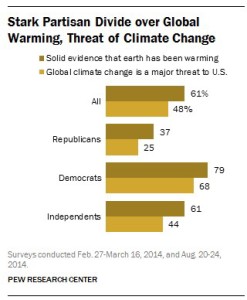 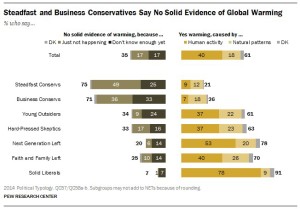 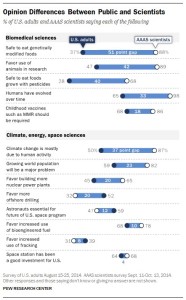 Now, back to the show!