Cats versus Dogs (plus Tweets) 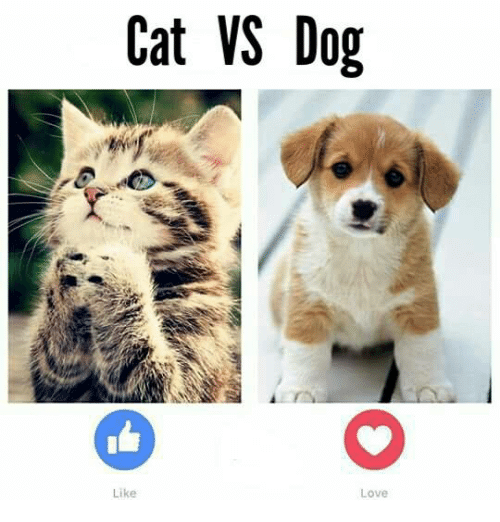 Well, it’s been a while, and this still isn’t a Proper Post. However, you deserve for me to make an effort. There have been multiple prompts in social media today (even more than usual) relating to cats and dogs, so, Cats vs Dogs it is. I’m hoping to get a decent post out shortly. There is stuff I’m working on, but I’m struggling at the moment.

There are several reasons it’s been a while since I’ve written anything, but the main one is lack of motivation. The advice to (real) writers who hit patches like this is always to just keep writing anyway. I have done a little of that, but you don’t deserve to have those efforts inflicted upon you! I will keep trying.

As time goes on, I feel more and more guilty about not writing. I feel I have a responsibility to those who make the effort to subscribe and read my posts. It’s pretty rude to stick myself out there, ask for donations to help me keep going, and then just not write for a couple of weeks.

Of course, the more guilty I feel, the harder it becomes to think about anything else, and the harder it gets to write. I promise I am doing my best.

Ann German sent me this tweet today, which became one of the prompts for today’s post. As it says, make sure you watch right to the end.

worth watching for the end pic.twitter.com/15yc2QBpHL

Ann also sent this wonderful one:

In case you never heard a lynx meowing pic.twitter.com/UMbWh443jr

And I found these ones:

Baby donkeys can be so fluffy.. pic.twitter.com/uCQTjLiguL

On top of that, there’s a new short film from Simon’s Cat out today. Enjoy!

‘Dogs vs Cats – Which One Is The Superior Species?’

And, Infographics put out a new video today: ‘Dogs vs Cats – Which One Is The Superior Species?’. They answer the question, but they don’t get the correct answer (which is cat of course!). As you would expect, they avoid The Truth for the sake of avoiding controversy! 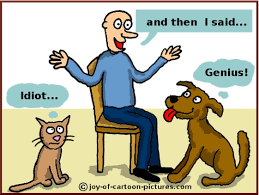 When it comes to getting a pet though, it’s not really about which is the superior species. Most people are either Cat People or Dog People. That doesn’t have to mean you don’t like the other species.

I’m a cat person, but like dogs too. I adored the Golden Labrador (Hiram) we had when I was a teenager. We always had at least one cat too, from before I can remember. Some of my favourite memories involve our cat having four kittens, which was pretty cool as I had three siblings. Thus we got a kitten each to name and look after.

Anyway, even when I was still a Christian, I had an extremely strong streak of independence which my father told me from an early age was quite unattractive in a woman. So perhaps that’s why I’ve always been a cat person. 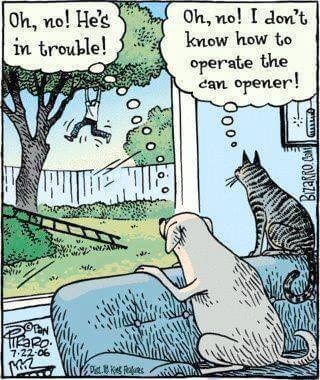 Cats are the Pets of Atheists

Cats are known as the pet of atheists, though I know several atheists with dogs, including readers of this site. (One in particular has a lovely Labrador who makes many appearances on Facebook!) You can’t herd cats and, as Richard Dawkins pointed out in The God Delusion, you can’t herd atheists either. Maybe that’s why we like cats – their independence reminds us of ourselves.

Unlike us, animals don’t feel guilt, though we’re pretty good at anthropomorphizing their emotions. Dogs in particular know when we’re upset with them though, and sure as hell look guilty at appropriate moments. Cats handle such situations quite differently.

(If you can’t read the image, right-click on it and click “Open image in new tab”. That will display the original size, which is much bigger.) 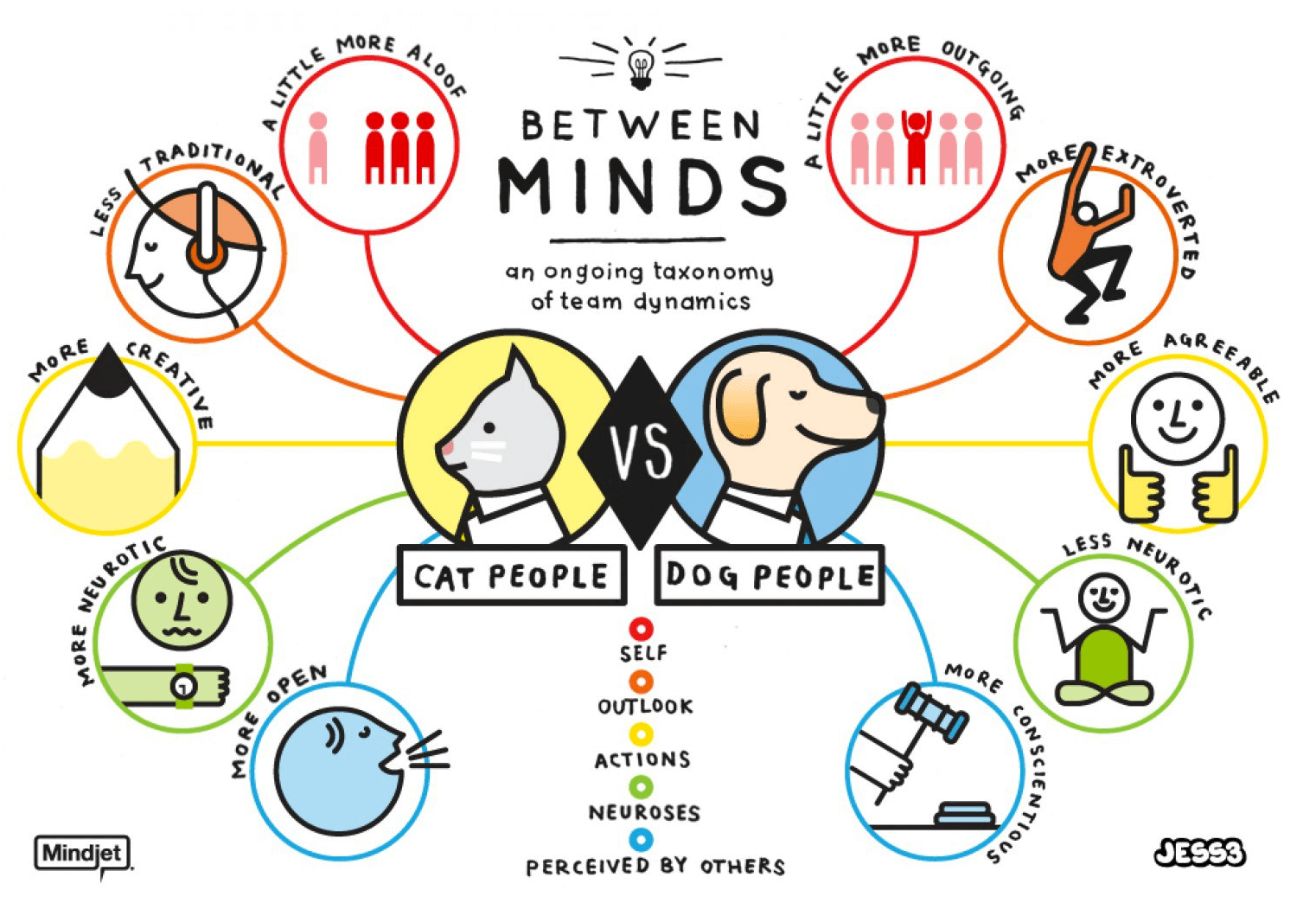 Here’s a slideshow of some of the other graphics I found relating to the Cats vs Dogs question: 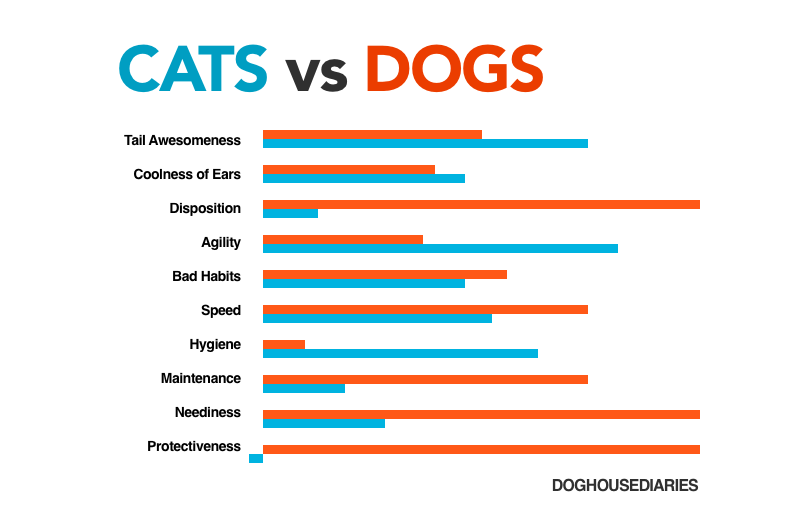 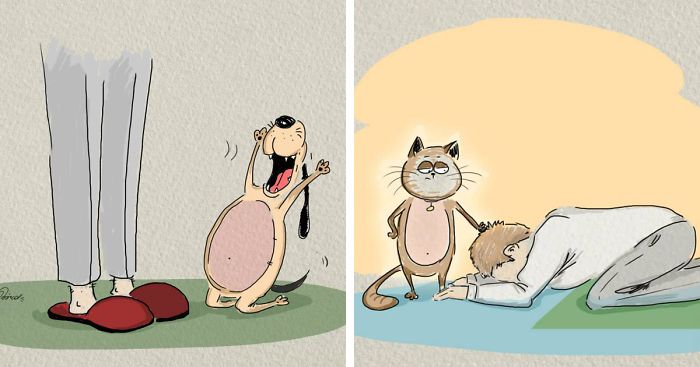 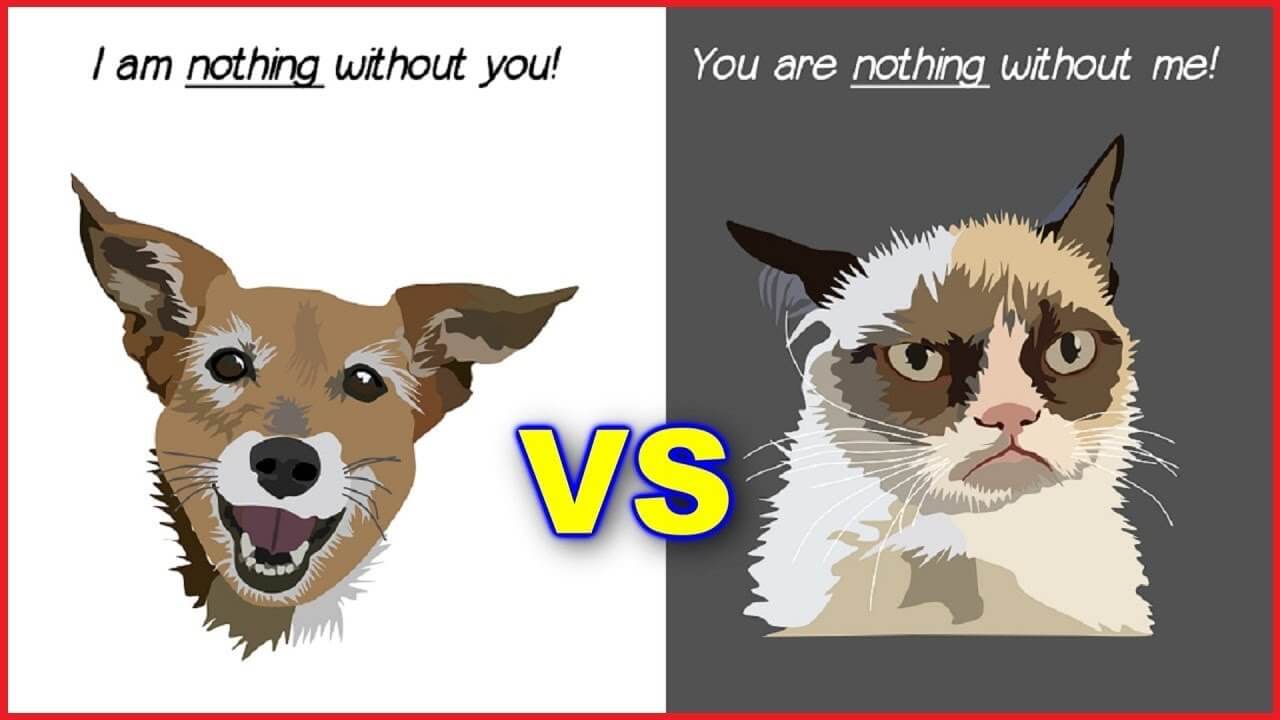 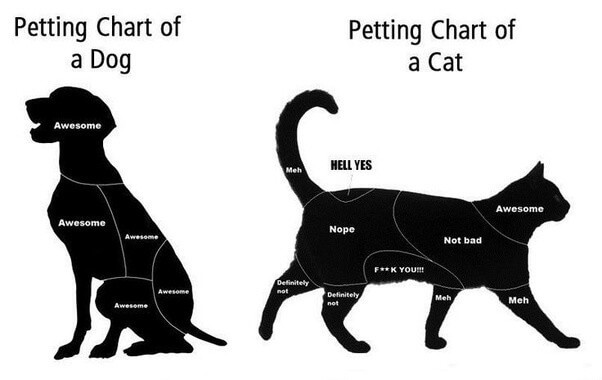 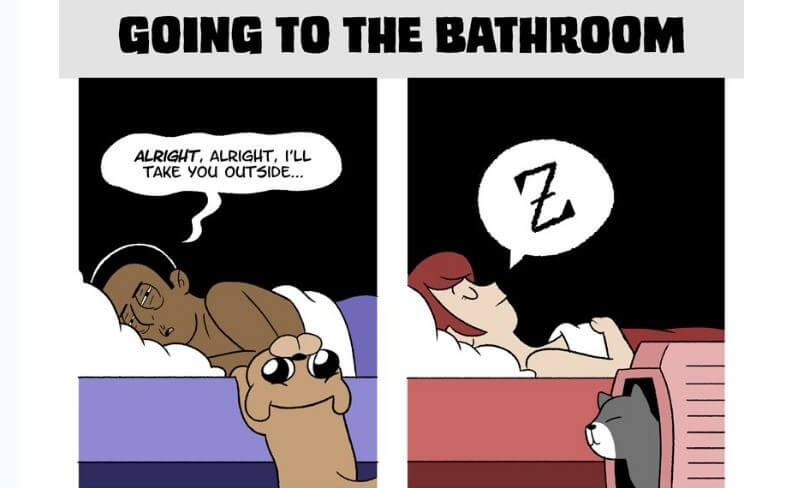 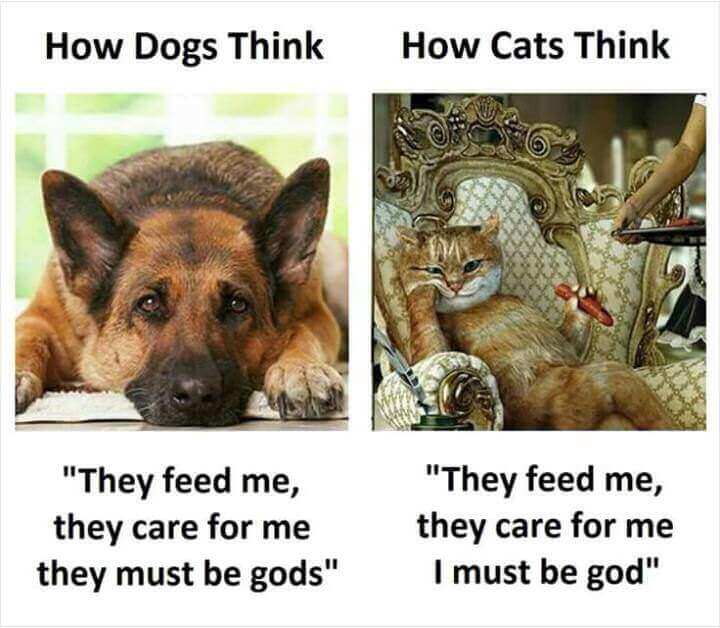 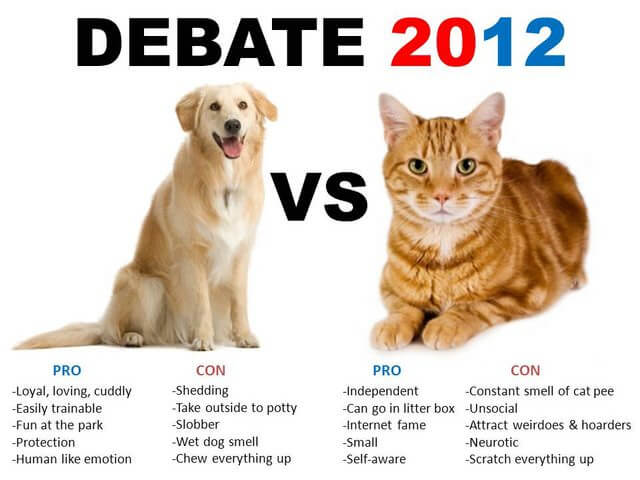 I hope you enjoyed that!

I know some of you, like me, are political animals, so here are some of the tweets I’ve posted in the last few days to show you what’s been on my mind the most. Before we get started though, here’s my new Pinned Tweet (I change it periodically):

And I can’t let this one from Ann German pass without mention:

PBS has confirmed that some of these children have been released to HUMAN TRAFFICKERS by the US government.https://t.co/muz4lCQXcD

A sinkhole has appeared in the White House grounds (really!) … pic.twitter.com/8xli7V4pgc

There are multiple reasons #KimJongUn might call off the meeting with #Trump in this cartoon. Can you find them all? pic.twitter.com/GRIaD5ESKJ

I love this one because it shows #Trump‘s narcissistic personality so well …#MuellerIsComing pic.twitter.com/hMtT6ImyMZ

It’s not a #WitchHunt when there’s something to find … #MuellerIsComing for #Trump pic.twitter.com/oTl5eZMe5a

Because the “adults” cannot agree on sensible #GunControl laws, this is the future for US kids … pic.twitter.com/LA7Kty1xSw

What it’s like for kids at school in the US these days:#GunContolNow pic.twitter.com/1E94qoDZ4q

The US keeps doing the same thing and expecting things will change. And just so you know, more guns is NOT the answer. Better regulation is. #GunControlNow pic.twitter.com/9MNiKiLTUi

Another view of the #GunControl debate from outside the US (this time the Netherlands). None of us understand how children can get murdered and no one does anything. pic.twitter.com/Bqw1WMF2RJ

The process following a mass shooting in the US. Nothing ever changes because of #NRABloodMoney pic.twitter.com/e7fF5Y7Kfo

The #NRA and the #GOP – colluding to kill. pic.twitter.com/PCxKcJHLWA

Everything the #NRA‘s #OliverNorth mentions is in every other country too. What other countries don’t have is availability of guns. And why didn’t he mention his money-making involvement with #TourOfDuty? #Hypocrite pic.twitter.com/DgIVe1XvzR

The #NFL owners are on both knees to #Trump#TakeAKnee pic.twitter.com/Bzvjb3rUZ0

The arrogance of atheists? pic.twitter.com/rDm1DsAvkK