Catching Up Again! (plus Tweets) 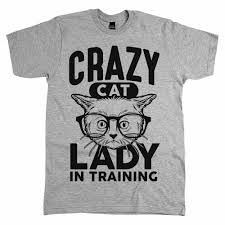 Hello everybody. I’m still in apology mode I’m afraid. My new chair isn’t here yet, though I’m expecting it some time next week. It can’t come soon enough! The pain is getting worse with each passing day, and it’s getting harder and harder to get through those days. So a few tweets and other items of interest is all I can manage just now.

My relationship with the neighbour’s cat is deepening every day. She always went home of her own accord at night time, but a few days ago she didn’t do that, and hasn’t since. I’d shut the window, thinking she’d gone home, only for her to appear a couple of hours later from wherever she’d been sleeping.

Three nights ago I put her out myself to make sure she was gone. Then, a couple of hours later I heard this weird noise. She was throwing herself against the front door to be let in! So I did. She was very cold, and wanted food.

The neighbours appear to have gone away on holiday. I’ve no doubt another neighbour has the task of feeding her, but her own home will be cold and lonely. So, she’s wanting to spend all night with me as well as all day. And, of course, I let her. She even sleeps with me for at least part of the night, and wakes me when she wants to go out.

I’m becoming a crazy cat lady! But then she’s just come and curled up on my chest again, purring loudly, and it’s adorable!

I love the visual trick of 3-D Art. Over the last few days I’ve taken to watching videos of it. To me, even the most simple, like the one below are really cool.

This one is more complicated.

You may have missed it, but Alex Jones was telling his listeners and viewers that liberals were going to start a hot civil war on 4th July. Here’s an appropriate response:

There will be massive protests in Britain when Trump visits. This is not the first time a US president has faced protests when visiting Britain. The problem is that Trump thinks no one should be allowed to protest, and that officials should stop the protests, as in the countries of his favourite dictators.

This baby Trump blimp will fly over London during the president’s visit pic.twitter.com/YpZB07ZzM8

Editorial: Tolerance is a virtue https://t.co/McWycDWCOZ

Whatever side you’re on when it comes to immigration in the US, if you’re a decent person you likely agree that the way things are being handled at the US southern border is a disgrace. However, it seems that this is just the tip of the iceberg.

Some immigrant U.S. Army reservists and recruits who enlisted in the military with a promised path to citizenship are being abruptly discharged, the Associated Press has learned.

The AP was unable to quantify how many men and women who enlisted through the special recruitment program have been booted from the Army, but immigration attorneys say they know of more than 40 who have been discharged or whose status has become questionable, jeopardizing their futures.

Now, because of Trump’s racist immigration policies, brave immigrant US Army reservists & recruits, who enlisted in the military with a promised path to citizenship, are being abruptly discharged.#Maddow https://t.co/hQKkCc7sCS

This was all over the news yesterday, so most of you probably already heard about it, but just in case we have another entry in the chronicle of why Trump is unfit to be president of the most powerful country ever.

‘A racist joke where the punchline is sexual assault.’ —@KlasfeldRepor pic.twitter.com/CjgF9fzUNq

As usual, Trump can’t help it with the lies. The problem is so many otherwise intelligent people believe him. They blindly follow him and somehow manage to rationalize it all.
(Via Ann German.)

“It bears emphasizing that this Court’s ruling is not based on a finding that there was no collusion between defendants and Russia” — Judge Ellen Huvelle, who dismissed the case (which was not filed by the DNC) for lack of jurisdiction. https://t.co/t6Y8KuaQA5 https://t.co/l2cLKXYTp0

The next two tweets aren’t related to the Mueller topic – they’re just here to demonstrate the above mindset.

(The first via Ann German.)

Trumper: Awesome! I’m so proud he selected my house!

Friend: Ain’t you gonna put it out?

Trumper: Heck no, he’s usin’ it to set my liberal neighbor’s house on fire!

As does this one. He says this stuff. Everyone cheers. They just believe it because he says it.

This has become true of the entire Republican party. It is now the Party of Trump, and not a normal political party. Those that don’t worship the cult leader are not welcome.

No matter how many facts you throw at a conservative, their answer is always 1 of 8 things:

Save yourself the headache. They only speak stupid

Back on topic … and note, this is by the EDITORIAL BOARD, not just anyone.

The US Healthcare system is likely to get worse with a fifth conservative on SCOTUS. Look at this. It’s a disgrace. The rest of the developed world is leaving the US in the dust when it comes to the healthcare of citizens.

Take a look at this list of pre-existing conditions and chances are you’ll identify with one or more of them. With this SCOTUS vacancy, your protections against discrimination for having cancer or being a mother could be stripped away. #WhatsAtStake pic.twitter.com/7FdLpCJnl9

Many of you are regular readers of Jerry Coyne’s website, Why Evolution is True (aka WEIT). Thus, you will be aware that his site has recently come to the attention of the authorities in Pakistan for posting Jesus and Mo cartoons. As a result, several of his posts are blocked in Pakistan.

It’s a long time since I posted a Jesus and Mo cartoon, and I’m nowhere near as popular as WEIT of course. I checked my stats, and in the last year I’ve only has 84 visits from Pakistan. My first post was on 30 August 2014 and since then, all time views from Pakistan are only 292. The tiny UAE (United Arab Emirates) is ahead of Pakistan. (#1 is USA at 109,324 at time of writing. Thanks everyone there and everywhere!)

However, I wanted to make a point by posting one of my favourite Jesus and Mo cartoons, which I think is an appropriate one at the moment given what’s happening with the probable appointment of a fifth anti-choice justice to the US Supreme Court.

Jesus and Mo get it right again … pic.twitter.com/BOkAgjGUOG

Another problem with the GOP in general, and the Trump administration in particular, is the denial surrounding climate change. The next three tweets are from Ann German. The first two are self-explanatory. The third is a great video if you’re looking for help in arguing against a denier. I know I’ll be watching it a few more times to get it fixed in my mind.

Africa may have witnessed its all-time hottest temperature Thursday: 124 degrees in Algeria https://t.co/QxQvE22mJ9

Right now we call this a heat wave, but this will repeat each summer for the rest of our lives, and entire regions will regularly become so warm that it massively disrupts normal society for days or weeks at a time. https://t.co/rXKJyTJQLq

This is beautiful. but I didn’t retweet it because I’m not supporting a country where women don’t have equality.

This one got a retweet …

The ESO observatory in Chile is in the path of the 2019 solar eclipse. What a cool trip that would be! I haven’t seen a solar eclipse since I was a kid, and it was only a partial one.

I don’t know where this is from, but the fact of the sheep, the rugby ball, and the name “Bruce” for the sheep, makes me think there’s a good chance it’s New Zealand.

What else would you do with a pale hedgehog?

And I looked, and behold, a pale horse. And its rider’s name was Death. pic.twitter.com/nA2LbwivGw

Follow pupular accounts, sure, but make sure you diversify with otter ones too#AdviceForNewTwitterUsers pic.twitter.com/4jqT03J5qc

Even the deer in Japan know their manners!

Deers in Japan bow their heads before getting fed

This great news has been zipping around the wires recently. I hope they’re successful.

In-vitro fertilization may be able to save northern white rhinos from extinction pic.twitter.com/7nSMxUoqLI

One of my sisters, and one of my cousins, are both suckers for corgis, and they both have a birthday today. So, this is especially for them. Happy Birthday Brenda! ???? Happy Birthday Katy! ????

It’s almost enough to make you believe in karma. This isn’t the first time I’ve heard a story like this either in relation to poachers in Africa.

Poachers Tried to Kill Rhinos in South African Reserve. Instead, a Pride of Lions Killed Them. https://t.co/fLSljXFi7e via @LiveScience

That screen door is not going to last! I speak from experience of cats vs screen doors!

I’m not going to ask.

(This bit of fluff of a post took me well over four hours in my current condition, and I’m absolutely shattered. That’s why you’re not getting proper posts.)