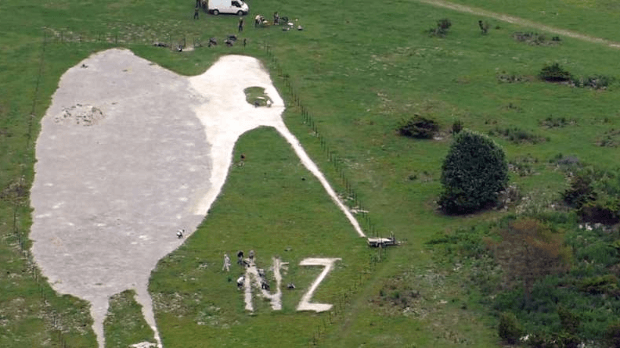 If you’re a New Zealander, or someone who knows about kiwi, you’re probably wondering what a “Bulford Kiwi” is. Well, it’s not a new species of kiwi. In fact, it’s not even in New Zealand.

The Bulford Kiwi is a giant carving in the chalk hills of southern England, near Stonehenge. Think of the famous White Horse at Uffington, except it’s not prehistoric, and it’s not a horse.

It is historic though, and that’s why it now has special protection. The carving was the creation of New Zealand soldiers who were living in barracks nearby at the end of the Great War (1914-1918). While waiting to go home, they spent their time carving the kiwi, which is 130 metres (420 feet) tall.

The Department for Culture, Media and Sport has made [the Buford Kiwi] a scheduled monument on the advice of Historic England.

Kiwi soldiers played a significant role in the Battle of Messines, fought in June 1917 in Belgium.

At the same time as Historic England were recognizing the Buford Kiwi, they were doing the same for a terrain model of the Messines battlefield built by German prisoners of war out of soil, concrete, bricks and pebbles nearby.

In an interview with the BBC, “Roger Bowdler from Historic England said, ‘These two monuments pay tribute to the bravery of New Zealand’s fighting forces in the First World War …” and spoke of his “delight” in their future protection. Bowdler also said:

The Bulford Kiwi was cut into the chalk at the end of the war by Kiwi soldiers themselves, to mark the presence of their forces in England, and their achievements at the front.

According to stuff.co.nz, “Sir Jerry Mateparae, New Zealand High Commissioner to the UK, said the move was ‘fantastic’. He continues:

“The special connections that were forged 100 years ago, with communities in the UK where New Zealanders trained, are still strong today and it’s moving to see these sites protected for generations to come.”

He also made comments about the significance of the terrain model built by the German soldiers. 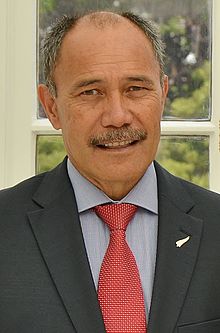 Our High Commissioner to the UK, Sir Jerry Mateparae, has a strong personal connection with the military. His career in the army began in 1972 as a private and within four years he was a Second Lieutenant. He rose through the ranks to become Chief of the Army in 2002. Then, in 2006, he became Chief of the (entire) New Zealand Defence Force.

On his retirement as Chief of the Defence Force in 2011, he lead the Government Communications Security Bureau (GCSB – our top security agency) for a few months. Later that year came his appointment as New Zealand’s Governor-General. At the end of the usual five-year term as the Queen’s representative, he became our chief diplomat in Great Britain, his current position.

Of course, there’s a history of carvings in the chalk hills of southern England. Once the turf is cut away, they stand out from some distance due to the colour of the soil beneath. The most famous is the White Horse at Uffington, which has National Trust Protection, as do many others. The Uffington Horse has prehistoric origins.

The figures are difficult to date by standard archaeological methods, so there is often controversy about when they were made. Some may not be as old as the claim by locals, but the Uffington Horse gets mentions is several historic documents going back to at least medieval times.

Here are some of the more famous figures. 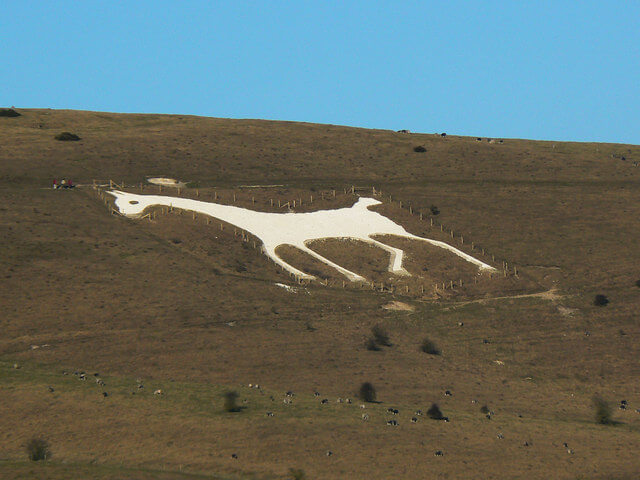 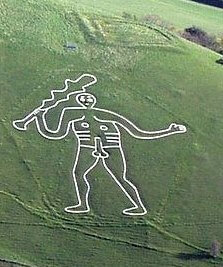 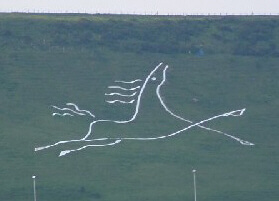 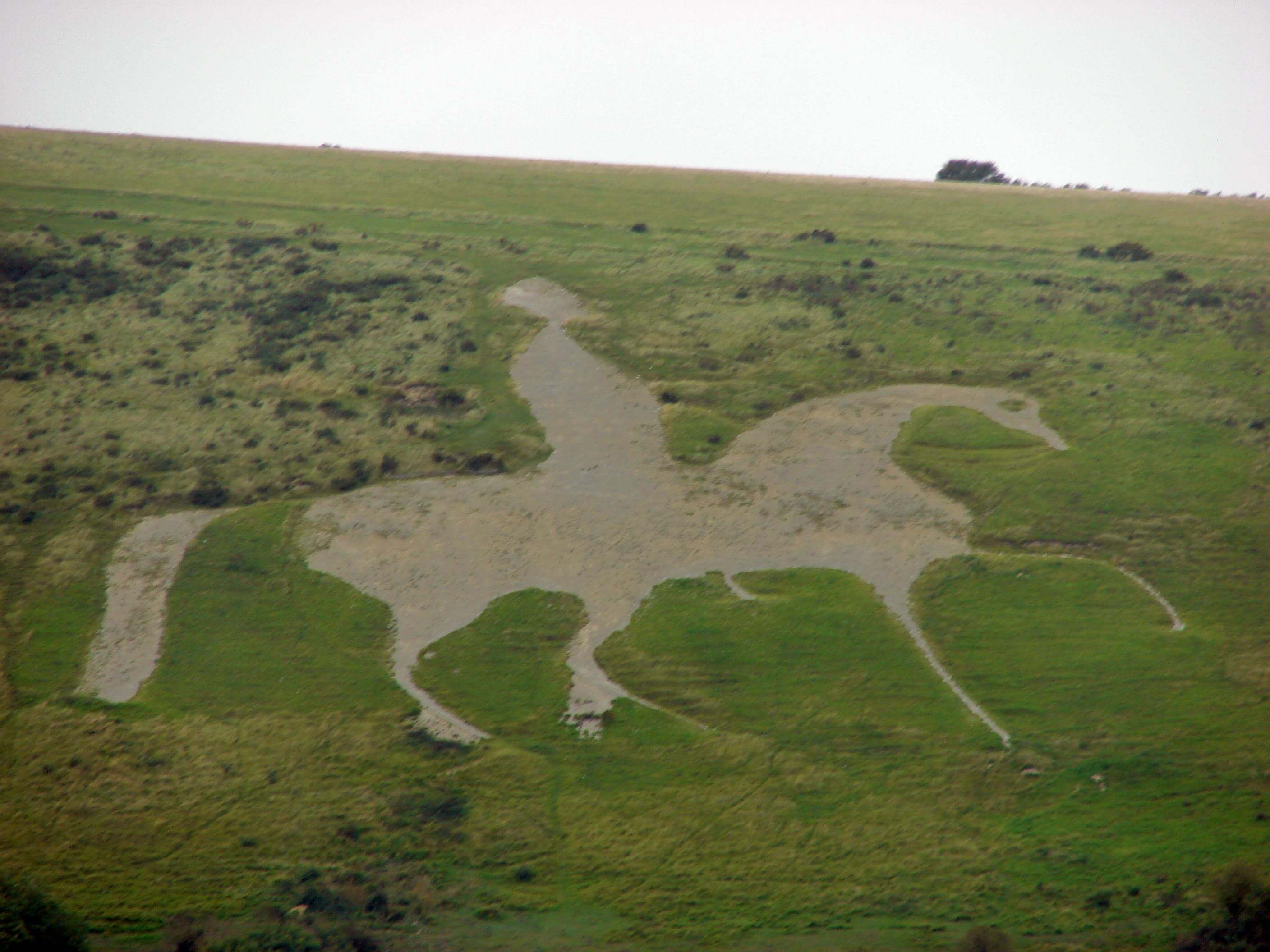 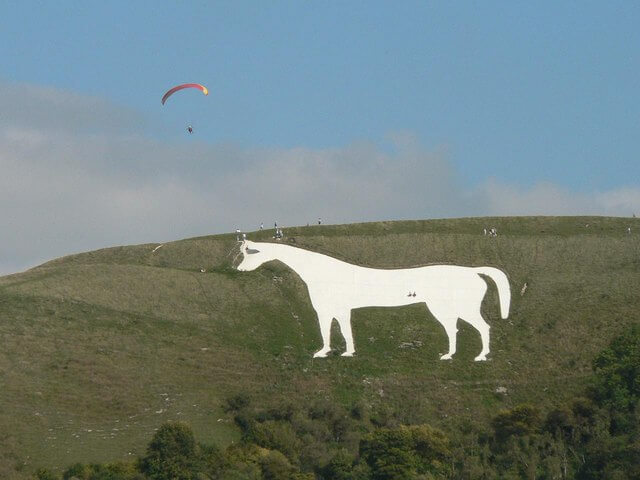 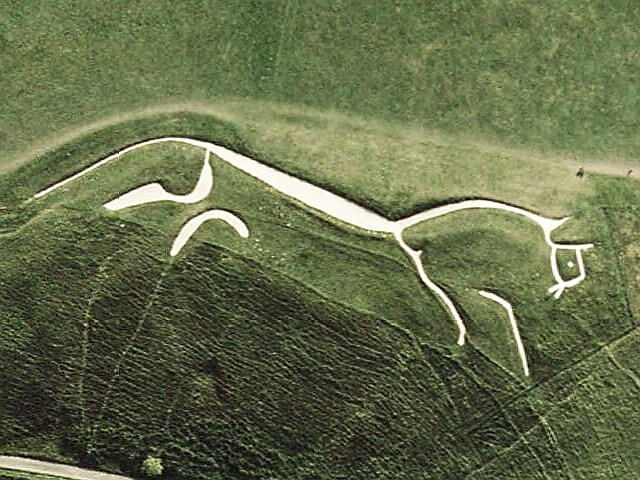 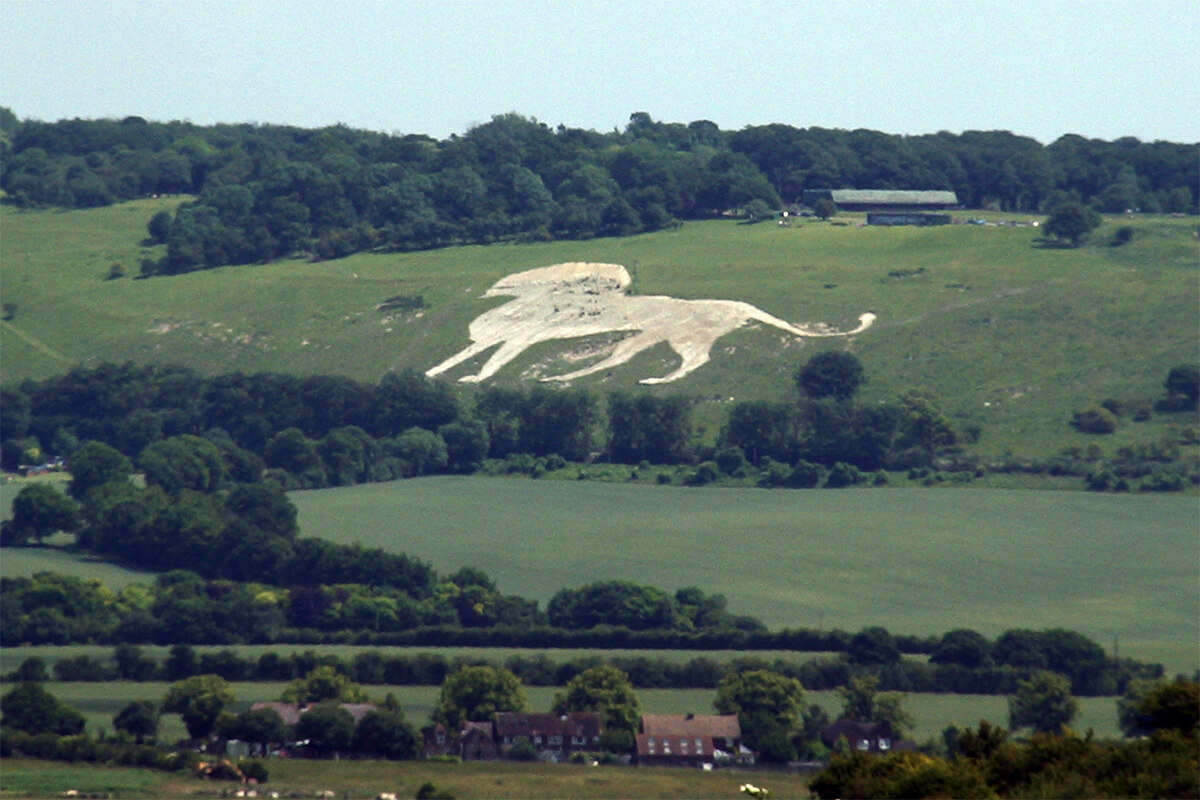