My “sinner” this week is again from the political arena. I suspect already that it usually will be – there is so much about people within politics to criticize! Besides, until November 2016 we have the US presidential primaries, followed by their election. It’s already shaping up to be a doozy especially with seventeen candidates on the Republican side, a majority of whom have, in my opinion, completely untenable positions on several issues.

Once again I’ve struggled to find a “saint”. I think of myself as a pretty optimistic person who’s usually able to find a silver lining, so I’m a bit disappointed in my lack. So I’ve reverted to full Kiwi mode and turned to the All Blacks, New Zealand’s world champion rugby team for inspiration.

During July, New Zealand had it’s turn as the (rotating) president of the 15 member UN Security Council. On Wednesday it held a vote to establish an independent inquiry into the shooting down of Malaysia Airlines flight MH17 on 17 July 2014 over Ukraine, allegedly by anti-government rebels. All 298 passengers and crew were killed. Australia brought the draft resolution to the Security Council, and foreign minister Julie Bishop flew in especially for the vote. Eleven members of the council voted for the resolution, three abstained, and Russia voted against it. However, as Russia is one of the five permanent members of the security council, the so-called P5, it is able to veto any resolution no matter what the vote, and this is what occurred. (The other members of the P5 are the United States, the United Kingdom, France and China.) 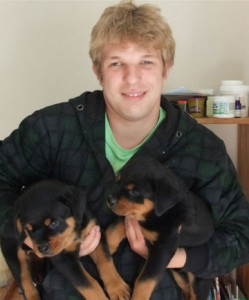 29 year old Rottweiler breeder Rob Ayley was the New Zealander on the flight. He had just spent a month travelling Europe with a friend (and fellow breeder) looking at Rottweiler breeding programmes there. He lived in Otaki (near Wellington) with his wife Sharlene and two sons Seth and Taylor, then aged four and two. (Source: stuff.co.nz)

According to Malaysia Airlines, the nationalities of the victims were:

Malaysia: 44 (including 15 crew and two infants)

Indonesia: 12 (including one infant) 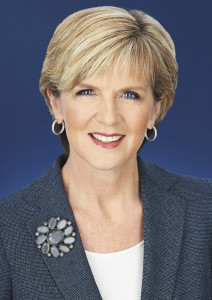 There has been widespread condemnation of Russia’s use of their veto power in this case, led by Australia. Australian foreign minister Julie Bishop called it, “an affront to the memory of the 298 victims of MH17 and their families and friends.” She went on to say, “the anticipated excuses and obfuscation by the Russian Federation should be treated with the utmost disdain,” and that it was “inconceivable the security council would now walk away from holding to account those who brought down a commercial aeroplane”. The Labour opposition in Australia has fully supported the position of the government in this.

US Ambassador to the United Nations, Samantha Power, gave a speech invoking the names of those killed in support of the resolution.

New Zealand spoke out strongly against the Russian veto too, also using it to emphasize our long-standing opposition to the way most of the P5 countries have used their veto power in dubious circumstances. (France rarely takes advantage of the power and the United Kingdom have a more moderate view than Russia, China and the United States on its use) Our foreign affairs minister, Murray McCully said that as well as letting down the families and friends of those killed, the security council had “let itself down.” As reported by stuff.co.nz:

Failure of a body charged with upholding international peace and security on such an issue was a “serious indictment”.

“It cannot be seen in shades of grey.”

That the outcome had been achieved by use of the veto was of “special regret” to New Zealand, McCully said.

“New Zealand has opposed the veto consistently since 1945.”

The council “simply [has] to find better ways of working together.”

In an interview on TV3’s The Nation yesterday, McCully said how “infuriating” it was that this resolution had been defeated by the Russian veto. He pledged to work to get the resolution re-introduced and to work with Russia, but thought it unlikely a path could be found to getting them to agree to an investigation. He said:

It’s clear the security council fails far too often. … It should have been a simple matter of saying we’re [the security council] in favour of accountability because there’s only one alternative and that’s impunity for those who carried out this act.

British prime minister David Cameron has also been outspoken on the matter. The Guardian reported:

Julie Bishop has also said Australia is determined to find another way to have this matter investigated. This is problematic in that the main reason Vladimir Putin says he opposes the investigation is that it is politically motivated, and just another attack on Russia. If he is unable to accept the United Nations as able to conduct a fair investigation, it is unlikely there will he any other investigator acceptable to both sides.

In my opinion the reason Russia opposes this investigation is that it would uncover its own role in the tragedy. The evidence that is already in the public arena is that Flight MH17 was shot down using a Buk missile system by the Ukrainian separatists. This is a Russian system and there is no way the sepratists could have obtained it without the knowledge and cooperation of Russia. Further, it apparently requires extensive knowledge and training to use. Therefore the operator was very likely from, or trained by, the Russian military. 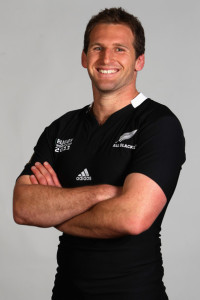 Early last Sunday morning New Zealand time, the All Blacks played a test against the South African national team, the Springboks, on Ellis Park, Johannesburg. With just a few minutes to go, the score was All Blacks 17, Springboks 20. The Springboks are one of a very few teams in the world capable of beating the All Blacks, so it was vital we beat them to retain our psychological dominance ahead of the World Cup later this year. A win on enemy turf compounds the mental hit, especially against a country that is as passionate about rugby as we are. Further, it was the Springboks that ended the All Blacks 2 year winning streak in October last year. The All Blacks haven’t lost since, and this was the first time we’d come up against South Africa again. A back to back loss heading into the World Cup would have been significant.

With just seven minutes to go, the All Blacks pulled off a planned move that saw captain Richie McCaw score a try (5 points), which was then converted (2 points) by Lima Sopoaga. Shortly afterwards, Sopoaga kicked a penalty (3 points) for a final 27-20 score. This was a never before seen move by any team, and worked perfectly. Every player involved executed their part exactly as planned, and the Springboks defence was caught completely off guard. What we didn’t know at the time was that the move was thought up by Kieran Reid. You can see in the video that Reid is the first person McCaw goes to in his celebration of the try, and the joy on Reid’s face is indescribable. It was finding out a couple of days later that it was Reid who came up with the idea that explained the look, and earned him my bouquet of the week.

BBC Sport put the All Blacks win down to “a mixture of cool heads and supreme fitness.” All Blacks coach Steve Hansen hinted they had a few more moves up their sleeves for the World Cup. This one was brought out early because of the importance of beating South Africa, especially at home.

Next Saturday night New Zealand time I’ll be sitting down with Fish ‘n’ Chips for another All Blacks test in the lead up to the World Cup. The match will be against the Wallabies (Australia) on their home turf. It’ll be tough game, but my money (well it would be if I bet 🙂 ) is, as always, on the All Blacks. The Wallabies are another team we need to retain a psychological edge over, as well as a physical one. If we don’t need to use any of the currently secret new moves to beat them, that’ll be a talking point in itself. Roll on Saturday!