He’s clearly not too good at algorithms – I suspect most of you aren’t exactly his target audience. I hope not anyway! 🙂

By the way I don’t know his name. Like so many of his ilk, this coward doesn’t have the courage to stand behind his opinions.

The owner of this site describes himself thus:

I am an American man, and I have decided to boycott American women. …

And this is how he describes American women:

In a nutshell, American women are the most likely to cheat on you, to divorce you, to get fat, to steal half of your money in the divorce courts, don’t know how to cook or clean, don’t want to have children, etc. Therefore, what intelligent man would want to get involved with American women?

American women are generally immature, selfish, extremely arrogant and self-centered, mentally unstable, irresponsible, and highly unchaste. The behavior of most American women is utterly disgusting, to say the least.

Guess What This “Man” Thinks of President Trump

Just this week he wrote a post in support of Mr Trump entitled ‘Why do feminists hate President Trump‘. At the top is this meme. 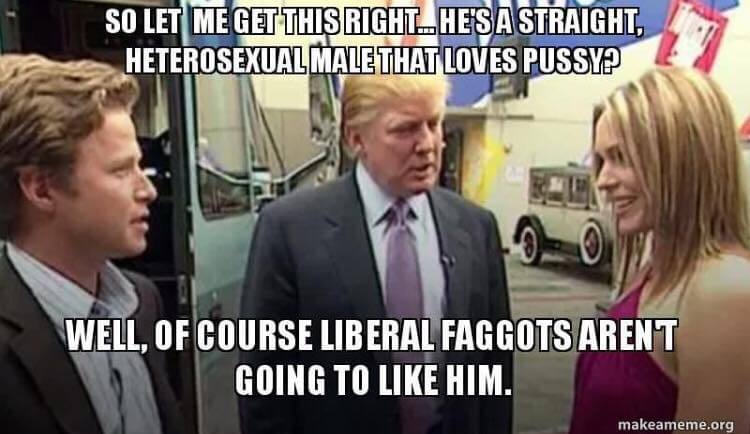 President Trump is going to fix America and he’ll probably fix the corrupt divorce system which allows women to rape men financially in divorce. You would have to be insane to get legally married to an American woman because of how anti-male the divorce laws are. There’s a 50% chance your wife will divorce you and in America 90% of divorces are initiated by women. So marrying an American woman is like gambling on 50/50 odds that you won’t lose half your shit, half your assets.

President Trump is a very intelligent man and two of his wives have been foreign, non-American women. So Trump knows that American women are inferior to foreign women and this also pisses off feminists and American women to no end.

The future is very bright now that we have a real man like Donald Trump as our President. God bless President Trump!

Think about this. Compare women to cars for a minute. Foreign women would be like Ferraris that are being sold at a massive discount price, whereas American and western women are like shitty Ford sedans that are being sold at a massively overpriced value. Obviously, which would you choose? The Ferrari. Well, this is why American women hate competition, because deep down inside most American women know that they are like used cars, total garbage.

Check out the pic of the chick in this article.* You could get a HOT fucking Arab chick like that who will be loyal to you and has a smoking hot body. Meanwhile in America, even a fat ugly woman thinks she deserves a Brad Pitt. Foreign women are humble and are simply looking for a good man. They aren’t looking for a Tom Cruise or a Brad Pitt or a billionaire. So American women are insanely delusional if they think American men would choose them.

If American women want men to start marrying them again, they can learn how to act feminine and sweet again and stop acting like a fucking bitch and using the divorce court system to destroy men’s lives. Until then, foreign women are the only real option for any man with standards.

(* I’m not including the picture of the “HOT fucking Arab chick”. You can click the link to see it.)

There’s plenty more like this at this chap’s website. Another recent offering is ‘American women are a bunch of spoiled little brats‘ for example. It seems every couple of days he comes out with another rant about how terrible American women are. I suspect there’s one particular woman that is leading him to project like this on all women. If that’s the case, I’m glad she got away from him. I mean seriously, he goes on about American women but it’s a good thing he’s not typical of American men.

This guy has only been around for a couple of months, but he seems to be attracting attention. Another recent post is ‘Boycott American Women blog is going viral‘ which reports his reader numbers. That post says:

Thanks guys. The blog is going viral. Got over 3,000 unique IP visitors yesterday and on average are getting about 1,000 unique IP visitors per day now. The feminists and SJWs are going insane. They hate this blog because it speaks the truth about feminism. Keep spreading this blog. Send the link to all your male friends. Tell them to boycott American and western women and only date, bang, or marry foreign women and Asian women.

That’s more than I usually get, except when Jerry Coyne publicizes one of my posts on his website. I don’t even have 1,000 subscribers yet – a fact I’m sure would thrill this dude no end. I mean, a women attempting to write about things like politics? It’s not to be countenanced! I shouldn’t even be thinking about such matters when there are floors to scrub!

I didn’t think I would ever get the chance to post these old anti-suffragist cartoons. However, they’re finally germane! I suspect Mr “Boycott American Women” agree with many of the attitudes on display. 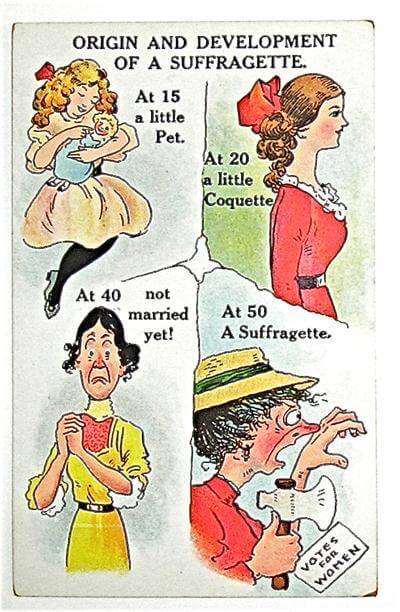 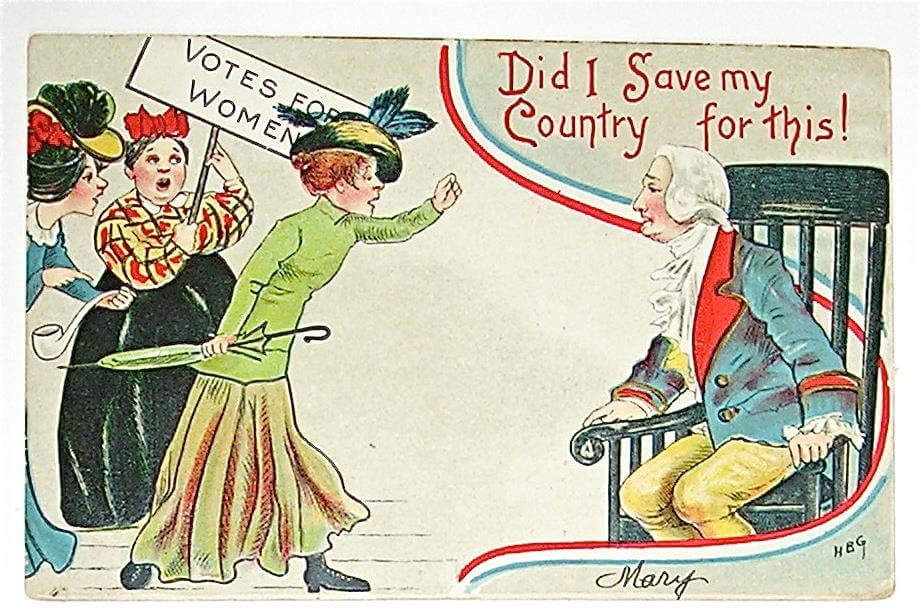 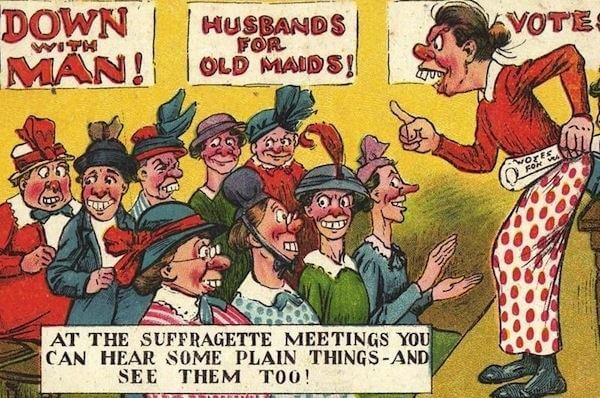 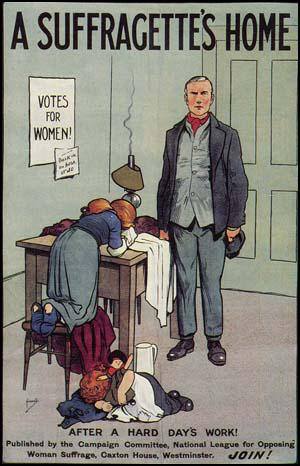 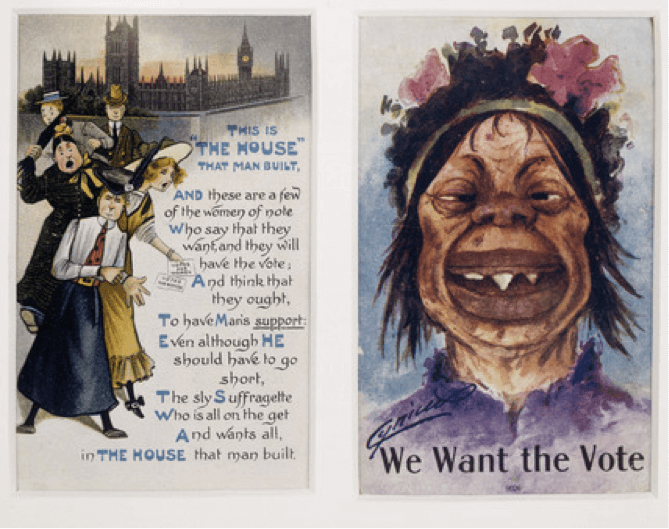 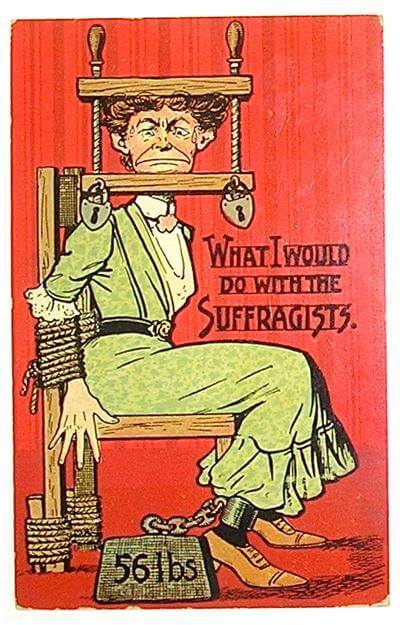 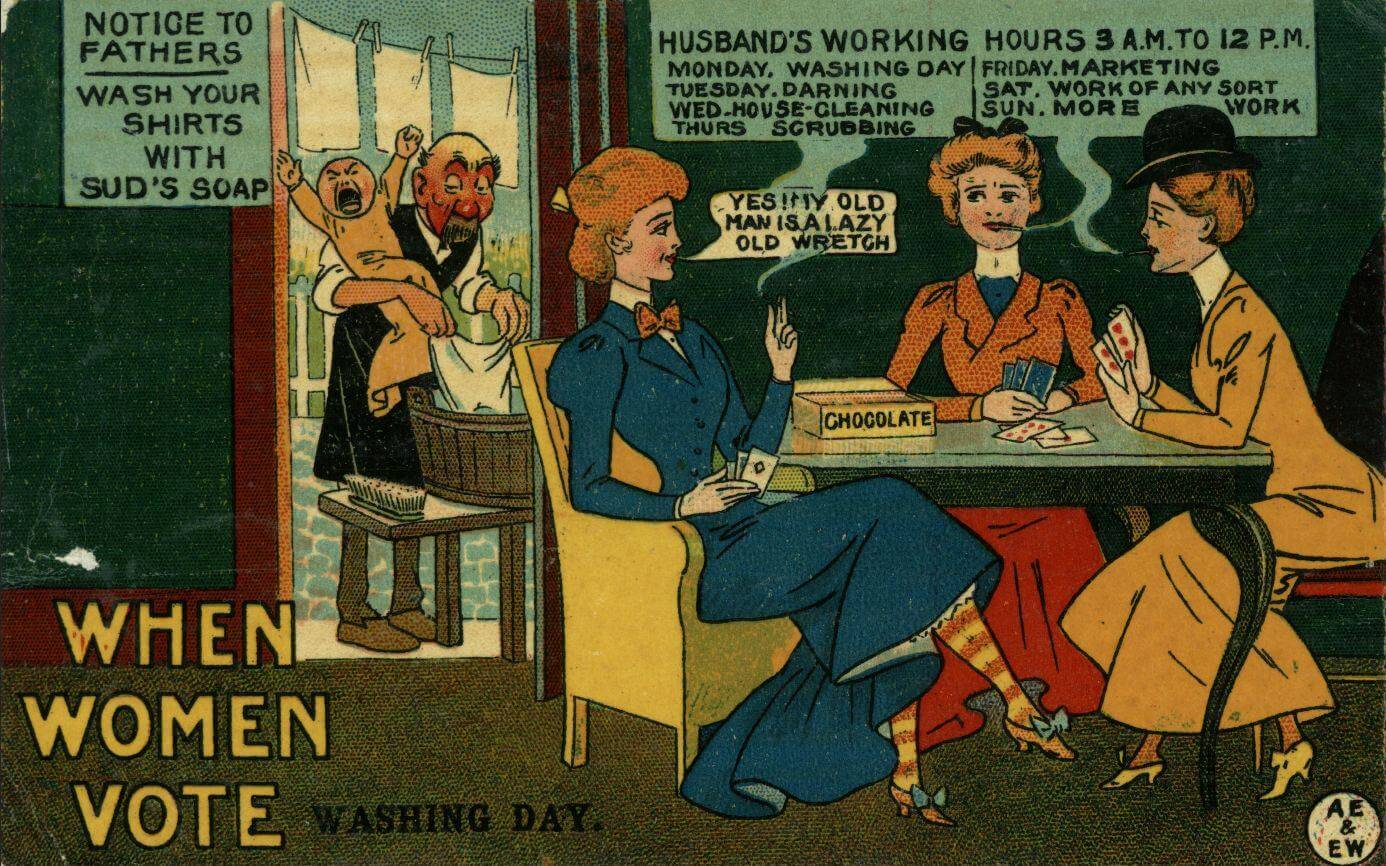 My great-grandmother was a suffragette in England. When she came to New Zealand she was a nurse at Waikato Hospital in Hamilton. She met my great-grandfather, who was also an English immigrant, when he broke his leg. Hospital romances really happen!

What to Make of this Misogynist

I’m not going to bother criticizing this “so-called” man. He’s not worth the effort. The fact that his admiration for Trump is so unquestioning shows he may be delusional too, so it may not be fair to go after him. His latest post is ‘Feminists trying to destroy video games‘ which opens:

Why are feminists so much against video games? Is it because it’s one of the last things that men enjoy that are still legal?

Seriously? That’s truly pathetic. He says in the same post:

Men finally got sick of this crap and launched GamerGate a couple years back and this was the first mass rejection of feminism by a huge number of men. This scared the crap out of feminists but they are still trying to screw up video games with their idiotic feminism.

Look, if you’re too dumb to play video games, then just leave us alone. Go play Candy Crush or whatever.

Maybe that fat guy living in his mother’s basement wearing nothing but his underwear that Trump told us about really does exist.