In the early hours of Monday morning, New Zealand experienced a 7.8 magnitude earthquake. Two people were killed and there has been extensive damage. The lives of thousands were thrown into turmoil. Any earthquake that big is naturally reported all over the world. Naturally, international media were keeping an eye on what our major news outlets were reporting.

As a result, when a New Zealand bishop said that gay people are one of the causes of earthquakes, it’s only natural that that the story was picked up worldwide. The story was shared to my Facebook page by people from all over the planet before I even knew about it.

Bishop Brian Tamaki of Destiny Church is fairly well known in New Zealand for his anti-LGBT attitudes. He’s won the “Least Trusted New Zealander” award three times (2006, 2007, and 2012). This self-appointed bishop of his own church has come back into the public consciousness in the last few days with a crash though.

It happened by accident. The day before the latest earthquake he happened to mention in his weekly sermon his well-known belief that homosexuality causes earthquakes. He thinks there has been an increase in natural disasters like floods, earthquakes, and volcanic eruptions in the last 25 years. To him this proves an “obvious correlation” between that and making same-sex marriage legal.

As usual, part of his sermon was posted on the church’s Facebook page. The coincidence of the sermon being the day before the latest major quake, known in New Zealand as the Kaikoura earthquake, meant it received a bit of added attention. This is what he said last Sunday: 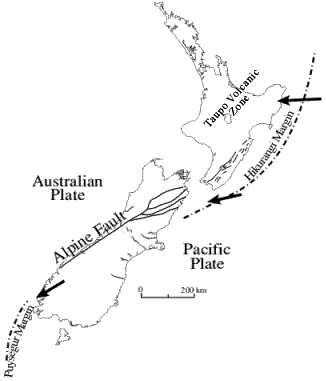 Click picture to go to an explanation of New Zealand’s tectonic setting via University of Otago.

As I’ll show later, Tamaki has disassociated himself from any connection to the latest quake saying he couldn’t have known it would happen. But the Facebook post above clearly calls it a prediction. However, predicting that New Zealand will have an earthquake is not exactly rocket science. We have literally thousands a year though most, of course, are too small to be felt. Our country is on the boundary of the Australian and Pacific plates and therefore constant movement is to be expected.

Tamaki himself is not happy about how people are reacting to him, especially here in New Zealand. He tweeted this in criticism of how, in his opinion, our media were treating him:

How's this for so called Media Fairness..not once did TV 1 & TV 3 nd Close Up at 7 contact me for response or comment..they hd an agenda

As is typical of both the far right and the far left, criticism is seen as a form of victimization. We know via the Pew Research Center that 81% of evangelical Christians voted for Donald Trump, and it seems Tamaki would have as well given the chance:

Even if he didnt mean it..this statement is 100% true..the upheaval toward Trump is deeper..its his stand for Christ pic.twitter.com/Yblx2qTar2

In reaction to Tamaki feeling that he didn’t get the chance to have his say, Willie Jackson of Radiolive had him on his show for an hour on Wednesday (17 November). The videos of the show are broken into three parts to to cut out the breaks. Part One is mostly Jackson trying to pin Tamaki down on his position. In Part Two and Part Three, Tamaki responds to questions from listeners. (There may be a fourth part that hadn’t been put up when I did this post.)

The problem is that he is denying any responsibility for what he’s saying. His constant stance is that it is not him that’s saying this, he’s just repeating God’s word as written in the Bible. In New Zealand, as Jackson pointed out to Tamaki, most churches have a major problem with Tamaki’s interpretation of the Bible. Jackson himself hosted a debate between Tamaki and Archdeacon Hone Kaa, in which Kaa’s antipathy towards Tamaki’s version of Christianity was extreme.

Tamaki does not accept that there could be an interpretation of the Bible other than his, and keeps returning to his safe place – that he’s just saying what God wants him to say. He says he was inspired to talk about earthquakes as part of his sermon on Sunday morning and hadn’t planned it. His belief is the inspiration for that came from his god. He continues to repeat that God is not about judging, but repeatedly blames those who don’t meet the criteria in Leviticus 18:5-29 for things like floods, earthquakes, and volcanic eruptions. His victim mentality about the way people react to his pronouncements is clear in the videos.

The following exchange that occurred following a question from a caller in part three is an example of the above:

Tamaki: It just seems to me that whenever we speak something that’s contrary to how middle New Zealand and your particular group [caller identified himself as “part of LGBT community”] thinks, there’s such a adverse reaction to me and Destiny Church, so … [Jackson interrupts]

Jackson: … so people will look at you.

Tamaki: Well. maybe. Maybe it was a God/divine moment, because I had no idea personally that [the earthquake] was going to take place … [Jackson interrupts]

Jackson: So you understand human reaction?

Tamaki: Well maybe people should take a consideration in New Zealand. Ask themselves where are they with God.

As can be seen, Tamaki keeps insisting that he’s not blaming gays, but steps on that message every time he tries to explain it. It happened in this exchange too, which also comes from the third video: 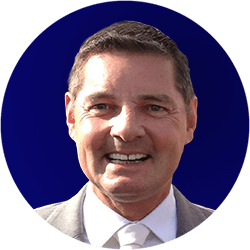 Paul Ellis (caller and well-known gay NZer): … the correlation between gays and earthquakes is quite appalling in fact… [Tamaki interrupts]

Tamaki: No, no, I never said that thing. The media did. TV1 and the [New Zealand] Herald started it from somebody who was ... [Ellis interrupts]

Ellis: But I saw you with my own eyes on a video on Facebook you were [unintelligible] and pacing the stage and you said it yourself. So … [Tamaki interrupts]

Tamaki: I made that reference to Christchurch, not to Kaikoura, because I, because that earthquake hadn’t happened so I couldn’t have. I made a reference after these years that there’s definitely some correlation between what was happening there. Particularly Leviticus says in the Bible about the sexual perversions [Ellis laughs] and the land doing something. But if you don’t believe that’s your choice. [Tamaki and Ellis speaking over one another.]

Jackson:Well, well, well, can I just say, Paul is gay, you’ve gotta understand that he’s laughing but he must be bloody upset. Right Paul?

Ellis: No, I, look I think the whole thing is a joke personally.

Jackson:Well, good on ya Paul.

Ellis: And by the way, you have the space to be a good role model for people … [Tamaki interrupts]

Tamaki: And we are.

Ellis: But you’re not. You’re not, because you’re inciting a conversation which is dividing people in this country as much as Donald Trump is.

Tamaki talks about some of the good work his church has done for people as an example of how he is a good role model and finishes with,

Now in his stride, Tamaki turns the conversation back onto Ellis and accuses him of judging. Ellis manages to get in some final words about what he called “hate conversation” before the end, but Tamaki had forced him onto the back foot.

It is true that Destiny Church does a lot of good work in the community in south Auckland. The problem is that the vulnerable people they do literally rescue from physical and sexual violence, drugs, and take in after prison sentences then become part of their Church. From that time they are part of what The Rev Dr Philip Culbertson of the University of Auckland has called “a cult.” As part of that cult they are required, no matter how poor, to tithe 10% of their income to the church. Some of that money does go back to helping people, but the bulk goes to financing the Tamakis’ luxury lifestyle and more.

“I mean, give me a break,” Key told Radiolive.

“Look, you always get people coming out with these stupid statements.

“The facts of life are New Zealand is a seismically prone country, with a number of very well identified fault lines.

“We’ve been a bit unlucky I think, clearly those plates are moving around a bit.

“It’s nothing to do with people’s sexuality. I mean, it’s just madness.”

The mayor of Kaikoura, Winston Grey, apparently added a succinct, “What pathetic comments.”

Suffice to say, Tamaki is getting short shrift.

The response of New Zealanders in general has been pretty similar. An Auckland man, Aaron Smithson, set up a Change.org petition a couple of days ago. His comment there:

With the recent news from the self-appointed “Bishop” Brian Tamaki that gays were to blame for the earthquake in Kaikoura, I call upon John Key and the New Zealand Government to classify Destiny Church as a hate group and strip them of their tax free status.

The petition already has almost 113,000 signatures at time of posting.

According to a church spokesperson, Tamaki isn’t worried about the petition because it would create a precedent, though I’m not sure he should rely on an atheist prime minister and a gay attorney-general being too worried about the tax status of churches.

New Zealand prides itself on being a gay-friendly country. We’re known as a good tourist destination for gay people – somewhere same-sex couples can be open about their relationship everywhere they go. When our prime minister was asked what he thought of Tamaki’s comments, there was no equivocation – his immediate response was “ridiculous” and he didn’t stop there.

We’re a tolerant bunch, and actually have no problem with Tamaki holding his bigoted views. When he hurts others with them though, especially those who are already vulnerable, he’s crossed a line. There’s nothing we can actually do except speak out, because nice as it feels to do something like sign a petition, it won’t work. However, the public argument might make someone else think twice before they go down the Tamaki road.

There was one caller on Jackson’s Radiolive show who was hilarious! He asked Tamaki about all the earthquakes that were occurring millions of years before there were any humans; he pondered that perhaps the dinosaurs were engaging in some sort of sexual perversion. Tamaki didn’t answer that one.