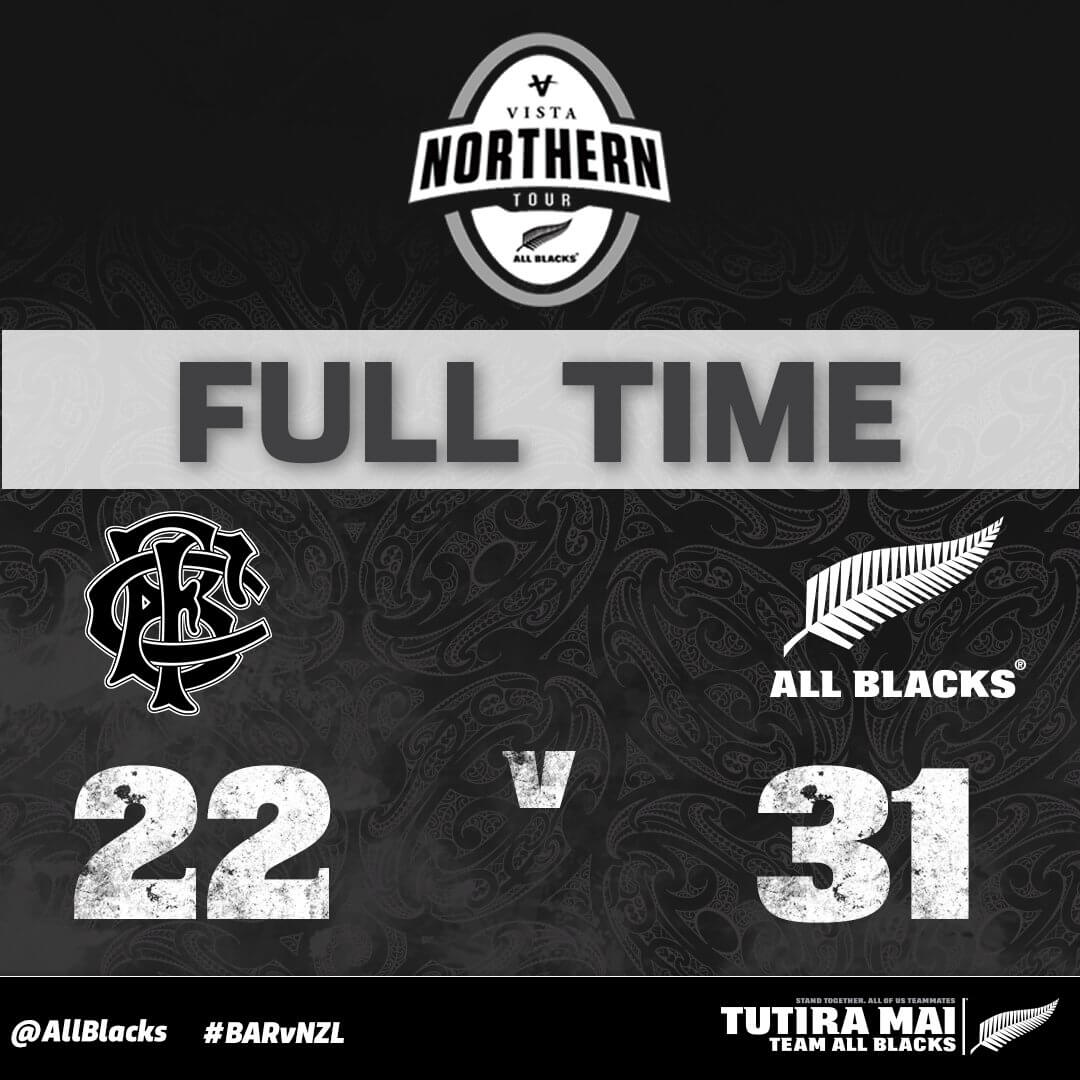 New Zealand has had five big wins in the sporting arena in the last 24 hours, so that’s what a large proportion of the tweets in this country are about.

The biggest was the All Blacks vs the Barbarians (basically All Blacks “B”) at Twickenham in London. The game started in the early hours of the morning NZ time. I was awake, but didn’t watch it. I get the impression it was a pretty exciting game though. The All Blacks were losing 10-17 at half-time, so they really had to “pull finger” to get the win.

Three players made their debut for the All Blacks: Asafo Aumua, Matt Duffie, and Tim Perry. One of the All Blacks, Julian Savea, was up against his brother Ardie Savea in the Barbarians. (Ardie is the one with the hair!) 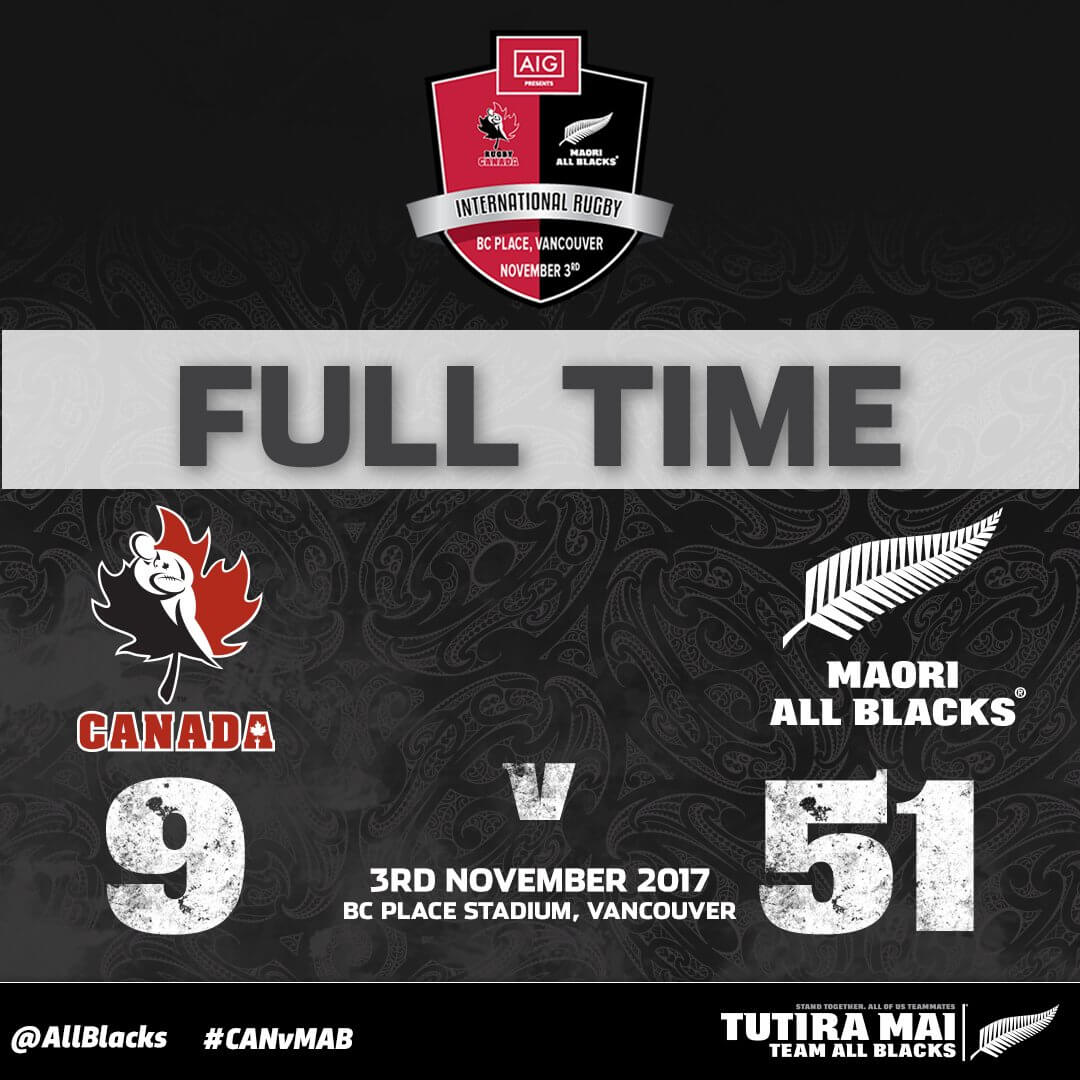 The Maori All Blacks

Yesterday, the Maori All Blacks had a game against Vancouver in Canada.

The Canadians were fantastic hosts as always. They also sold out a 29,000 seat stadium, which is the biggest ever attendance at a rugby game in Canada.

I got most of the tweets for this post yesterday while I was watching the game. As a result I can’t tell you much about it. New Zealand won. By a lot. And I saw one really impressive try. That’s about it though. 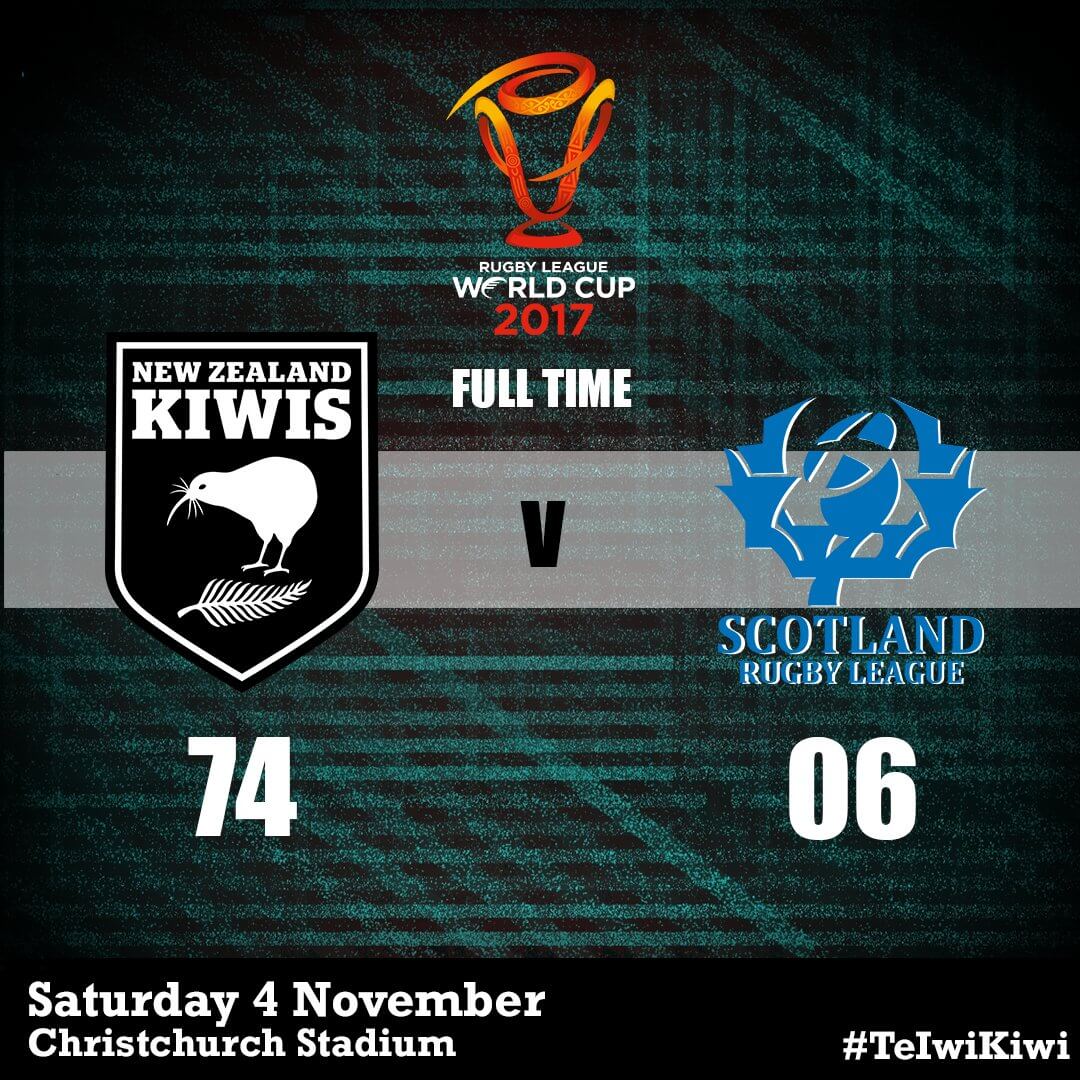 In between those two rugby games there was a rugby league international – New Zealand versus Scotland. The New Zealand rugby league team is known as the “Kiwis,” and Scotland team calls themselves the “Bravehearts.” New Zealand won that one by a big margin too.

I’m not a fan of rugby league. I find the game a bit boring to be honest. It’s like rugby without the good bits. It’s also not that long since every game was just a series of brawls between ill-disciplined fools with too much testosterone and not enough common sense. They seem to have mostly got rid of that aspect of the game, but I still have little interest in watching it.

Our T20 cricket team beat India at the Saurashtra Cricket Association Stadium in India today. New Zealand got 196/2 in 20 overs, including a century by Colin Munro. India could only manage 156/7 in their 20 overs. This game is the second match in a series of three. India won the first game pretty easily, so it’s all on for game three!

The Breakers is a New Zealand basketball team that plays in the Australian league. Just before full time this afternoon it was 70-70 when a US player came up with a 3-pointer with a second to go, making it 73-70. However, then a Cairns players let off a really long three pointer with 0.1 seconds to go and made the shot. However, the rules say that it’s only a proper shot if the ball is released with 0.4 seconds on the clock. So, the Breakers won their sixth game in a row and remain at the top of the table.

Anyway, on with the show!

Once again @realDonaldTrump speaking like a 5th grader giving a book report on a book he never read. pic.twitter.com/LC3fuoQEKS

If looks could kill!

I watched this interview and was completely disgusted. I’ve made no secret of my extreme disappointment that NZ First has so much power in our government. Tracey Martin of NZ First is the new Minister for Children. This ghastly creature was calling for a referendum on our anti-smacking legislation during the election! She thinks it’s okay to smack children, and now she’s Minister for Children! Further, the last government put the age for treatment as a child in the justice system up from 17 to 18. It was about time this was done – it should have done it years ago. NZ First voted against that, and this selfish monster is talking about lowering it again! Martin should not be Minister for Children with such attitudes in my opinion.

New chairman of Trump EPA science board says air quality in the US is too clean https://t.co/eXKaJQJeaE pic.twitter.com/xmS2dRbpqH

Trump says he can’t be sued by his sexual assault accusers because they’re lying pic.twitter.com/WYCdfHEC90

Is there a word for sad, embarrassed, and amused all at once? Gotta be a word in German for that, right? pic.twitter.com/NwCE04JXtx

Ziya Tong had this response to the above tweet.

The german word that comes to mind for me is: Weltschmerzhttps://t.co/zPDzP7JeRB https://t.co/cTo0d0RiVI

If only prayer worked, and the pope really did have a special line to some higher power. This is one time I’d be with him all the way.

The pope has a message about war. pic.twitter.com/16ClydYNpK

As I’ve said before, for all the awful things religion has brought to humanity, it’s also brought us some beautiful buildings.

I’m a day late with this because of the time zones, but it’s a nice memory. I clearly remember thinking there was hope for the US with the election of Obama in 2008. That feeling went after last year’s election.

Nine years ago today, Barack Obama was elected the 44th President of the United States. pic.twitter.com/5rquQ7ifbM

These are works of art in their own right.

This guy has amazing skills!

I think I’ve put this up before, but I can’t get enough of it.

These little fellows from Aquarium of the Pacific are Flamboyant Cuttlefish and they’re the masters of camouflage. pic.twitter.com/DDkIZs1SZ3

This is so cool! Don’t ask me why. I just like it.

Found this floating about 10 miles out,this ball has obviously travelled a long way check out the Goose Barnacles quite pretty ???? pic.twitter.com/LCdEQNAAWy

Great news! I think I might have put it up before as well, but that’s okay.
(Via Ann German.)

I’ve said this before – baby animals are always so cute!

Gorgeous, and look at those eyes!

Baby otters are so cute!

A huge bat colony in flight at sunset pic.twitter.com/DC00bvaLfy

What big ears you have!

Calaya, the gorilla at the Smithsonian, is pregnant!

They’re looking for a name for their brown kiwi chick at the Smithsonian Zoo. Check it out and maybe suggest a name. I have!

Kiwi is the national animal of New Zealand! Submit your name to us & @NZAmbassadorUS for our chick https://t.co/nGmUsQHcD9 #WeSaveSpecies pic.twitter.com/fdwjtZGfDt

What a great pic of a lovely bird!

I think I might have posted this before too, but it’s cool.

This dog has dragon breath! 😀

There are few things cuter than a Pallas Cat.

A Tibetan Pallas cat chilling on a branch… pic.twitter.com/Lxk5sxWXjb

Look at that tongue!

Lioness and her cubs pic.twitter.com/9bkbIidI8W

Oh wow! A lion cub and an ocelot! so cute!

I’ve posted this before, but it’s been tweeted again, and it’s so good it’s worth posting again.

Oh man! I just want to cuddle it!

Most of you know about Paddles by now, the cat who is looked after by New Zealand’s new prime minister, Jacinda Ardern and her partner Clarke Gayford. Paddles and Jacinda made Vanity Fair yesterday.

He expected a cat to do what it was told? Seriously?

just spent all morning explaining to cat that she’s not even 1 yet so how can she possibly be writing her memoirs
Thanks a lot @FirstCatofNZ pic.twitter.com/JW92LNv926

So do those legs belong to Jacinda or Clarke?

You asked fur it. pic.twitter.com/JQuCpqiLej

There is no Dog. #catheist