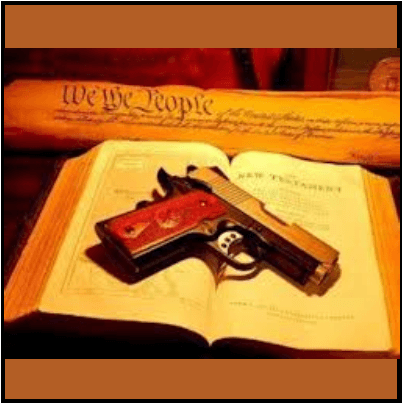 I think everyone can guess what most tweets are about today. There’e been yet another mass shooting in the US, this time in Las Vegas. The killer was 64 year-old Stephen Craig Paddock. He shot down onto concert-goers from his 32nd floor hotel room.

At the time of writing the number killed is 59 and around 515 are wounded. It’s being called the “deadliest mass shooting in modern American history.”

He’d been in the room for four days before the killing. He seems to have spent a lot of that time gambling. Police found at least seventeen firearms in his room, including a semi-automatic that was modified to fire automatically. That gun appears to be the one that was used for most of the murders. He had set up a stand in his room to make firing easier. Paddock broke two windows in his room, and fired through the holes onto the concert-goers. 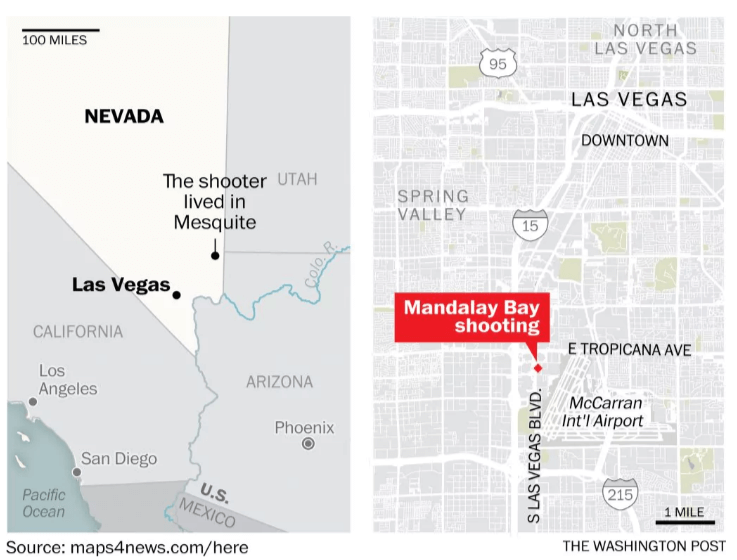 It appears there was a great deal of planning that went into this act. Despite that, so far no one has any hint of what his motive could be. Paddock was a retired accountant. He had no criminal record, though his father was a bank robber who at one time was on the FBI Most Wanted list. He was in a relationship. The Washington Post says he “legally bought more than two dozen firearms across a period of years.”

As I write this I’m watching ‘The Five’ on Fox News. Most of it is okay, or at least as you’d expect, but one of the co-presenters was unbelievable. Greg Gutfeld began talking about the gunman’s girlfriend who is apparently out of the country at the moment. His thought process, despite all evidence being that she is a normal US grandmother, was that she may be in the Philippines, and she may be Muslim, and she may have had an influence on the shooter, and this might be an ISIS situation. FFS! SMH!

As usual, fellow USians are offering “thoughts and prayers” to the victims and their families. (Why are people praying to the same god who couldn’t or wouldn’t stop the gunman?)

The NRA (National Rifle Assn) and its supporters are saying this isn’t the right time to discuss gun control. Of course, they don’t think it’s ever the right time. When tragedies like this happen, it has to be the time to talk about it. It’s the only time people take any notice.

Many people in the US seem quite happy to accept the result of their lax gun laws. That means the needless death of thousands of their fellow citizens, including hundreds of children, each and every year.

The worst thing is the politicians who get huge donations from the NRA and ignore the situation. Two of them have been victims of gunmen who shouldn’t have been able to get weapons. But, most of them continue to support gun rights. What the fu€k is wrong with them?

President Trump made a speech that was exactly the same as every other speech by a president after such events. It began with, “My fellow Americans …”. There were plenty of “thoughts and prayers” and “praying for souls” and comments on the “evil” perpetrated. The flag on the White House is at half staff, and the president will visit victims and first responders. All very fine. But NOTHING will change.

This time, it looks like people aren’t going to be able to push the blame onto the usual causes. If that is so, maybe it will mean that people will face up to the fact that there is a problem in US society. I won’t be holding my breath.

To all those political opportunists who are seizing on the tragedy in Las Vegas to call for more gun regs…You can’t regulate evil…:

A good response (via Ann German):

Regulations don’t exist to eliminate evil. They exist to thwart it. It’s why we don’t let people bring bombs on planes, or did you not know? https://t.co/r3euNyISqY

This is a better response than most of the political ones.
(Via Ann German.)

Mark Kelly, husband of Gabby Giffords speaks out about gun violence: “This was domestic terrorism. Gabby and I are heartbroken.” pic.twitter.com/YqwEo0c5Zc

It seems it’s not terrorism when a white guy does it.
(Via Ann German.)

We now have a new term so police don’t use word terrorism for white guy: “sole aggressor” https://t.co/xGoeWCc8V2

You can usually rely on Jake Tapper to say the right thing.

Tapper shames lawmakers after Vegas massacre: I wish I could say they’re doing everything they can ‘but they aren’t’ https://t.co/LwFUI5EnAz

Country music stars: These were your fans. Band together. Demand sensible gun laws. All movements have “take a knee” moments. This is yours.

When it comes to gun reform, seems like Republican congresspeople care more about taking the NRA’s money than they do about saving lives pic.twitter.com/4TgMlF4b2r

On the NRA. This is one I’ve tweeted myself in the past, but this time I’ve been beaten to it.
(Via Ann German.)

The #NRA is an immoral organization. pic.twitter.com/ivDpUSEfLG

Some of mine I put out, because I think this IS the time to speak out.

The fourth arm of the US government … pic.twitter.com/vFHhbmkex8

Buying a gun vs getting an abortion. pic.twitter.com/WMA1LZ5P5v

When is the US going to do something about this?

The #NRA and reality … pic.twitter.com/PhwAqjn7KQ

So now you know …

what do you expect given atheism’s founder was none other than adolf hitler. it makes so much sense really

And more genius from the same thread …

No it’s true atheism is the most violent religion

Science does it again!

Pat Robertson says that things like lack of respect for the law is a problem, but he only means laws he approves of. He doesn’t respect the laws that mean abortion and same-sex marriage are legal. He constantly flouts the law where in return for not paying taxes he doesn’t tout for a particular politician or political party.

WATCH: Pat Robertson blames Vegas shooting on ‘disrespect’ for Trump and the national anthem https://t.co/ZxpEqJxoke via

The information keeps on coming. The problem is that Trump is doing his best to make his base distrust the media. So when the truth comes out they won’t believe it and will continue to believe his lies.
(Via Ann German.)

The crisis of the Rohingya Muslims has already gone from the front of our minds by the latest tragedy.

This man is trying to reunite family members separated during the Rohingya refugee crisis. pic.twitter.com/GLh7A8eAd1

The break up of Pangaea – how cool is this?!

I’m not a fan of Halloween. It wasn’t a thing in New Zealand when I was a kid, but it’s growing now thanks to the influence of US TV. Some of my nieces and nephews go trick or treating, and they look cute in their costumes. Here’s an adult costume I’ve never seen before!

Halloween is coming and there are some pretty cool costumes out there: https://t.co/e1IWXmmCZn – AmazonAfflink pic.twitter.com/SFD02AY2N8

I love The Rock, Dwayne Johnson. So of all the stars putting out messages right now, his gets my approval. I don’t know whether or not he’s a believer. However, I noted with pleasure there was none of the “thoughts and prayers” crap in this.

Listen to Dwayne Johnson’s words of support and encouragement to the victims of the Las Vegas shooting on Monday pic.twitter.com/RngUNlUN7K

Bloody hell! USians will make a competition out of anything.

It’s hard to read, even on full screen. But, it’s such a beautiful pic it’s going in anyway!

The Cosmic Web – Large structures in the universe on the scale of billions of light years pic.twitter.com/svbraauYrP

Keep calm, and carry on.

This lovely red squirrel knows where to go!

There’s so much to learn about insects.

I think this is my first spider tweet, and it’s a good one.

This cat has a problem if it’s survival depends on hunting!

Looks like this cat is keeping the mouse situation under control !! pic.twitter.com/6qX7Dv8QXF

You don’t have to be perfect to be beautiful. pic.twitter.com/9M3Qd7uRJe

To tell the truth, this is another weird looking cat to me. It looks like a sausage cat (as opposed to a sausage dog).

My mom just sent me a photo of her six month old maine coon. pic.twitter.com/vigc5h29g1

What a special meeting! Walking over nails to get to the object of your affection!

This is the most romantic thing I’ve seen all day pic.twitter.com/Dm7DhH6PjY

The old story – cats and boxes!

new shipment of loafs. fresh from the bakery pic.twitter.com/mysjOmBLmh

I’ve saved my favourite for last – kittens and owls. What a special mix!!!

I can’t handle this much cuteness. pic.twitter.com/cWPZXH6jVI