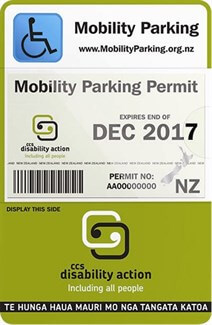 Today’s homily was inspired by the quote below, which is from this tweet from Owen Barder.

I am fed up with the way we are all being frogmarched towards driverless cars. What I really want is carless cities.

I understand there are a lot of people who feel like that, and I can see their point of view. They’re not wrong in general, but there’s a problem with their Utopian view of what our cities could be like.

They forget about the millions of people like me.

They don’t think of themselves as inconsiderate. If you asked them about the rights of those with disabilities, they’d be in full support.

The problem is, they don’t understand what it’s actually like to live with a disability, or even to to be elderly and have a mobility problem.

In their minds there are two types of people – those who can walk and those who are in wheelchairs. They don’t understand that most people with a physical disability actually don’t have wheelchairs. We can walk, but for one reason or another it’s difficult for us.

And it’s not the same for all of us. There are a range of issues: pain, slowness, shortness of breath, uneven gait, only able to work short distances and more. Different people will have a different problem or problems.

For us, the sight of a beautiful, wide open, plaza where it’s illegal to take a vehicle can be depressing. We’re not going to be able to use it, and it’s going to prevent us getting where we need to go.

I’m not saying, of course, that I want a stop to the wonderful efforts to make our cities greener in every sense of the word. I just want planners to remember that most people with a physical disability aren’t in wheelchairs and we need to get around too.

And I can’t wait for driver-less cars. They’ll extend the range I’ll be able to travel in comfort, especially on my own. At the moment there’s a limit to how far I can drive because of the pain it causes. I know my limits, and I know how far I can go before the pain means I’m not an entirely safe driver. I look forward to being able to travel greater distances in greater comfort.

There’s a lot of amazing technology out there that’s not too far away.

But please remember the millions of us with mobility problems, and bring on driver-less cars!

Yes!!!!! Unfortunately though, it’s unlikely to mean positive change for the people of Zimbabwe.

More Big Brother issues in the US which affect his all.

Trump is killing equal access to the internet. Who stands to win, and who will lose?

Over the last few days I’ve written a fair bit about the fact that the sexual abuse of women should not be a political issue. I put tweets about the subject in the Human Rights Tweets section. I say it makes no difference what the politics of the perpetrator are, and there are just as many “baddies” amongst the Democrats as the Republicans. Perhaps I was wrong:

Would you still consider voting for a candidate accused of sexual harassment by multiple women? (via new @QuinnipiacPoll)

This is outrageous! It’s another reason to get Roy Moore off the ballot in Alabama because the only way Republicans could win the seat if they did that would be to put Jeff Sessions in as a wrote-in candidate. (Not that I want a Republican to win in Alabama of course – Doug Jones is obviously the better candidate.)

A single mother and her child are torn apart – thanks to ICE. pic.twitter.com/mbrDyVuhSg

It blows me away that in a modern democracy a state has to take this action to protect women’s rights from a reactionary conservative government. I thought there First Amendment of the US Constitution meant Church and State were separate. That doesn’t seem to stop a bunch of conservative religious politicians forcing their religious views on others, and allowing employers to do the same. Good on you Massachusetts.

In the US, police officers are 40% more likely to commit sexual violence than the rest of the population. That, I suspect, is because they can get away with it. We used to have a major issue with this in New Zealand. Then there was a landmark case with a very brave woman named Louise Nicholas. She now trains police officers in how to deal with sexual assault victims.

‘[Police] intentionally target black women’ — and we need to address it NOW pic.twitter.com/q0dwNdBZTK

The Girls Scouts have a message for the holidays: You don’t have to hug anyone if you don’t want to pic.twitter.com/wELHua40iP

Not the romantic part of the city!

I’ve never seen this before, but it makes me think of Mr Steed and Emma Peel (Diana Rigg of course!) I’d love to see that series again.

There are always more beautiful places to discover in Italy.

That’s actually a nice pic of Bowie! All hail the mugshot!

David Bowie’s mugshot circa 1976 for possession of marijuana. pic.twitter.com/Ew9nDANhyO

I want some! I wish there was a link in the tweet!

Glitter for your body pic.twitter.com/3H02V0d6Jq

It would be so cool to own a 3-D printer! Now that’s a nerd gadget!

Very cool! I didn’t know this.

The ruby seadragon is a newly discovered species found off the coast of Western Australia. pic.twitter.com/t0Tg7nMHw5

A couple of framed tarantula molts are now available on sale. I am unlikely to offer too many of those because I prefer to focus on the whip spiders. Like most of my work, they are very 3-dimensional!https://t.co/fzzdLpN0qo pic.twitter.com/fiqY3UhW21

It doesn’t look real! It looks like a paper cut-out.

And this here, well this is my back right paw. Probably my favourite of all my paws actually. Here, take a closer look if you like. Regard my excellent otter toes. pic.twitter.com/Z86rnqomrp

More of the adorable dormouse!

Look at the size of this snail!!!

The size of this snail. pic.twitter.com/54s6B9bcPX

This cute wee hoglet fits in the palm of a hand!

We need your nominations for the £1000 prize in the ‘12 days of Christmas’ from @Ecclesiastical! It takes less than a minute so please help! https://t.co/ntoe4Ar7eV pic.twitter.com/W6oQpPsw9O

I wish all the weasels in New Zealand to die a painless death because they spend their lives killing our flightless native birds. However, this is a nice pic.

So many dogs and kitties on Twitter, we forget about weasels… pic.twitter.com/aC0LIvEt30

These two cows had never met another cow before — and they’re SO excited to meet each other for the first time ????❤️???? pic.twitter.com/ovOlL8dpH4

What a gorgeous creature!
(Via Ann German.)

The Victoria crowned pigeon is native to the island of New Guinea. Males perform aggressive displays which involve them raising their wings, puffing out their chests & racing towards each other. Their diet consists mainly of fallen fruit. pic.twitter.com/Tj6LjkBHH6

I don’t think I’ve ever seen this unusual looking parrot before.

This is a great story, but it makes me laugh that they refer to this dog as a “senior” dog. We even have to have political correctness for dogs now? We can’t even call him an Old Dog? Quite frankly, I find the phrase “senior dog” ridiculous.

When people spotted this senior dog about to drown, a brave firefighter dove in to save him ???? ???? pic.twitter.com/2NMTl8w0Vr

When the horses lie down with the dogs …

A hug between friends.. pic.twitter.com/1jZN8Ys5w9

That Eddie guy sounds like a good person… pic.twitter.com/uZArtIMw1U

What a sweet kitty!

Another cat that likes the water!

Nothing like a cold shower on a hot summer day! pic.twitter.com/1fJd8KHBAm

This is fun!
(Via Ann German.)

Socks prepares for a #Catsgiving briefing. White House Press Room, 12/5/93. Check out #Catsgiving for feline photos from museums across the country! @amhistorymuseum pic.twitter.com/N2aeMikFdF

This is the kitten I want!