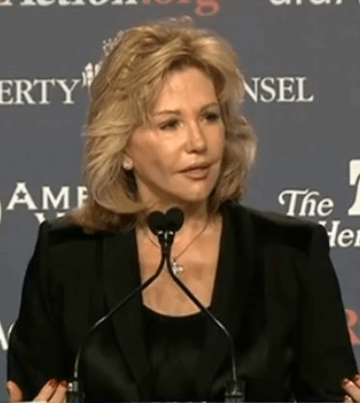 I’m sure you can all guess what sort of tweets dominate the Twitter-verse today. It is, of course, yesterday’s terror attack in Manhattan. Yes, I know this post says 2 November. But though the attack was the 31st in NY, it was the 1st in NZ. Going one more letter down the alphabet makes all the difference. And because I’ll be posting this when most in the US are asleep, they won’t see it until it’s the 3rd in NZ though still the 2nd there. But right now, as I write, on the afternoon of the 2nd in NZ, the cowardly murders in New York were yesterday. So there. Confused?

And the day before yesterday, here, was Halloween. We didn’t have Halloween in NZ when I was a kid, though we were aware that kids in the US did. In fact with my Christian upbringing, I was vaguely unsure about the idea of celebrating Halloween. It was also a surprise to me that it was such a big thing in the US. Even as a child I was aware that people in the US were much more religious than we were. So I thought they wouldn’t want to be messing around with the kind of dark forces that Halloween brings to mind.

Now, I privately laugh at the idea that anyone worries about such things. The vague feelings I have around the date are mostly of annoyance. They mostly relate to disgust that people brainwash children into believing things like religion are real. But if people want to have fun dressing up, go for it. They never needed my consent anyway!

There were two things I thought were really great about the NY response to the terror attack. The first was how quick and efficient the response of the emergency services was. They are clearly a great bunch of men and women.

The second was how Mayor Bill de Blasio and Governor Andrew Cuomo spoke about carrying on as normal. Life went on as usual in New York. A couple of blocks away from the scene and you wouldn’t know it happened. Even the parade went on as usual. No one was going to stop New Yorkers living their lives, and that’s great.

But apparently, not everyone felt that way. Conservative Christian radio host Sandy Rios thinks that de Blasio and Cuomo are a disgrace.

Among other things she said (via Right Wing Watch):

I saw men, people, marching in the parade with horror masks and blood dripping down and I thought, ‘You know, something is not quite right here. This is all just wicked. It’s just wicked. Now we’re free to march in the streets with blood-dripping masks and carrying skulls, so that’s what the mayor and the governor encouraged people to continue to do. I just think they’re missing the point.”

As I heard the governor speak yesterday, Cuomo, he kept saying ‘forward together, forward together. Well that was, I believe, an Obama phrase and I think it’s a phrase that comes out of—again—the old communist playbook. It’s really kind of bizarre.

What’s bizarre is the reaction of Rios. I think it’s obvious that what she thinks of the mayor and governor is due to politics. If they were members of the GOP, she’d think their response was perfect. It’s only because she disagrees with their politics that she’s criticizing them at all.

White guy kills 59 with guns: “well what can you do”

There are some from the populist wing of the GOP whose reaction to Manafort’s arrest shows they’re not capable of thinking clearly.

Go to this first tweet and read the thread. You’ll especially like it if you’re a fan of The Boss!
(Via Ann German.)

Well they blew up the chicken man in Philly last night pic.twitter.com/Uz6nzQfY83

I’m in full agreement with Amy Siskind on this.
(Via Ann German.)

My theory on why Mueller released Papadopoulos information today….. pic.twitter.com/hXGINXNURP

All you need to know about Paul Manafort … and you didn’t even have to ask!

The short video in this tweet is, I think, very important background information in understanding the attitudes found in much of the US South.

These next three tweets are especially relevant following the video above.
(Via Ann German.)

In the late 1800s & into the 1900s, racist images were common on everyday items such as ads, toys, and household figurines. #ANationsStory pic.twitter.com/9KGMX4SbD6

These images served a common purpose—to justify the mistreatment of African Americans and the logic of segregation. #ANationsStory pic.twitter.com/iNaRHsO5xE

If white people accepted these stereotypes, it became that much easier to deny African Americans full rights of citizenship. #ANationsStory pic.twitter.com/nt74zlyM4X

Click through to the thread attached to this tweet to read about the reality of General Robert E Lee, whom General Kelly called “honourable”.
(Via Ann German.)

Regarding John Kelly’s creationist theorizing on Lee and the Civil War, its worth pointing out a few things.

How is this sort of thing still happening? I find it shocking that there are still people around who object to interracial couples. This is what happens when children aren’t taught the truth about history.

A fight broke out after a “white lives matter” group harassed an interracial couple. pic.twitter.com/yD31C91O4t

And a good news story to finish the section …

There are still kind people in the world pic.twitter.com/1kih2PqScp

Another reason the US needs a single-payer healthcare system, and more proof that they’re good for the economy.

Number of people who go bankrupt every year bc of medical bills:

Obama is still doing the right thing by his fellow USians, even in the president isn’t.

Obama just did what Trump won’t: Encouraged people to sign up for health care pic.twitter.com/BMfB0OuDbR

I adore this pic!
(Via Ann German.)

The link in this tweet will take you to a short clip from a NZ television show called Sunday. It’s our version of 60 Minutes. Lloyd Geering is one of our leading citizens.

They may have found us somewhere to move to after we wreck this planet!

We May Have Just Found Twenty Habitable Worlds https://t.co/s2exIXdOtN

We already know of course that being overweight is a risk factor for Type II Diabetes. Turns out the link could be genetic.

The medical applications of ISOLDE at CERN.

Wow! You gotta see this!

What to do next time you’re in Paris …

For more deep dives into sports and culture, like NowThis Sports https://t.co/AAcJMfviap pic.twitter.com/mMyO9C106g

This crab includes birds in its diet!

It’s that day of the year when I get to share a photo of my son. Happy Halloween! More about my beautiful bo(tfl)y: https://t.co/WUzNetZ16C pic.twitter.com/M6mMYGd1Ya

Yes, I know it’s not an insect.

Check out the amazingly beautiful amblypygi moult I got from @wizentrop! I think he still has one or two available https://t.co/D0PkgY8u7H pic.twitter.com/rYtiRdZN5d

We catch #kakapo without transmitters at their bowls or feed stations, during night-time stake-outs. It can take days, but these were quick. pic.twitter.com/Ays1Anui5z

And then there were 3! Just 3 #kakapo left with failed transmitters, including you-know-who @Spokesbird. #conservationtech #parrots pic.twitter.com/QwqKtP5f1r

No two days are the same working for the #kakapo team. Today: semen extraction & assisted insemination of #kaka in #Invercargill. pic.twitter.com/QRaoxZeQew

Wish the #kakapo semen we get was half as concentrated, motile and morph. sound as the #kaka semen we got today…. #artificialinsemination pic.twitter.com/78pfeCPskj

Another NZ native, the Takahe, which I don’t think I’ve featured before.

The story of the #takahe: twice back from extinction. Check out the awesome @tableau #dataviz made by @jonni_walker. https://t.co/yr2jILIdlI pic.twitter.com/4C182fT7ky

So…I am ready for refill… pic.twitter.com/PG3NEWzWcv

I don’t have time to do a separate post about this wonderful short film, so I put it in a tweet.

I’m not sure whether I should put this here or in the Entertainment Tweets section, but either way it’s cool!
(Via Ann German.)

This is a cute photo …

Mommy, is there tuna in heaven? pic.twitter.com/NHQ6tciwT9

But I had to reply …

Cats are too smart to believe in heaven. pic.twitter.com/2UM33yQGQN

This cat is rubbing it in!

No dogs allowed. Doesn’t say anything about #cats ! Result. pic.twitter.com/u3Xzx3tLHH

When you’re made of liquid pic.twitter.com/MI4bDaTlfC