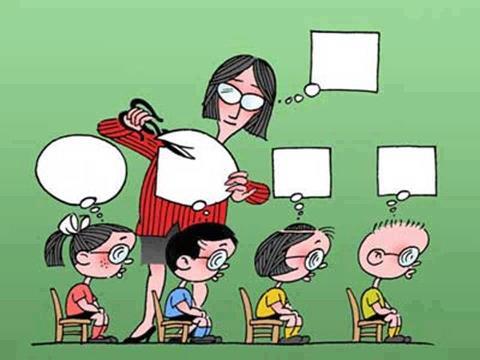 I haven’t done many religion tweets in these posts, so I’ll write about it instead. A couple of weeks ago I once again had proselytizers at the front door. This time, they were from the Seventh Day Adventist Church. One was a man in his 30s or 40s, and the other was a boy of about sixteen. The poor kid was obviously extremely nervous.

He told me where he was from and invited me to a meeting at his Church. Because he was clearly so scared I just thanked him and refused the invitation in the nicest possible way.

But the whole thing left me feeling extremely annoyed, and not just because I hate people knocking on my door to tell me about God.

The thing that annoyed me the most was that here was another kid whose mind was trapped. He was never going to get the opportunity to explore all the options for his life that most Kiwi kids can. It’s such a waste of a life.

Like many of you, there was a time when I believed in a god. After a lot of years and a lot of confusion about all sorts of things I finally realized God didn’t exist. My mind was free.

I’m one of the lucky ones. No one in my family thinks any differently about me, or treats me any differently than they did before. In fact, some have come to the same or similar conclusions as I have about God and religion.

Hundreds of millions of children around the world don’t have that same freedom. Some are not exposed to different ideas about God or religion. If they are, it is only to vilify those with a different belief or opinion.

Children should not be forced into one belief system or another. They should be taught the facts about religion honestly, but have the option to make up their own minds about what path to take. Anything else is brainwashing.

Un-fu€king-believable! Does this guy have no compassion? Has he never come across people born with difficult health problems? Or who’ve had accidents? Or any of the other reasons someone may not be able to afford healthcare.

Fox anchor: If we help the poor afford health care, what’s their motivation to live a healthy lifestyle?

… seriously, he asked that pic.twitter.com/CgPRwzQP36

Is lack of compassion a disease that afflicts large numbers of Republicans? Trump, once again displaying his lack of empathy.

Trump to widow of Sgt. La David Johnson: “He knew what he signed up for” https://t.co/ZKREENMCjA pic.twitter.com/sjzs9saPLh

Carrie Fisher continuing to scorch sexual predators from beyond the grave is my 2017 Mood ???????? pic.twitter.com/micE0vASiw

NowThis just made a video about what Fisher did too.

Carrie Fisher sent a cow tongue to a producer after he reportedly sexually assaulted her friend pic.twitter.com/4dWavTmFXq

Isn’t it strange how every woman knows someone who’s been sexually harassed but no man seem to know any harasser?

I believe every child has the right to a good education, and that education should be paid for by the taxpayer at least until the age of eighteen. This tweet is an ad by Apple – a good news story relating to a particular school at Papamoa Beach near Tauranga. But it’s actually something that is happening throughout New Zealand as the government does its best to lift the attainment level of all students.

At Te Akau ki Papamoa Primary School, 90% of students are now reading at or above expected levels! See how iPad helped get them there. pic.twitter.com/H2GMQrrGrz

This happens far too often!

A journalist known for exposing government corruption was killed in a car bombing pic.twitter.com/kGYrSBN6gB

These guys are doing a great job distributing supplies to people in western Puerto Rico.

‘Please help, these are your fellow Americans, they’re suffering’ — These veterans have been helping Puerto Rico recover for weeks pic.twitter.com/1O0nhSRSf5

How she got into her block pic.twitter.com/st60kEizG0

He’s got the moves, just not at the appropriate time.

The gorgeous colours of autumn in Poland.

Now there’s a use for Lego I’d never thought of!

Using LEGO to Save Crumbling Cities and Buildings https://t.co/Mc17TFw7Gr pic.twitter.com/1kUZo16cWF

The History of ISOLDE: the Isotope Mass Separator On-Line facility at CERN in Switzerland. There are at least three more of these short documentaries to come, so stay tuned! A religious fu€kwit has also made a documentary called ‘CERN Insider Exposes Demonic Portals’. You can look it up on YouTube if you like – I’m not providing a link!

I’m a day late with this because of the time difference between NZ and the US, but Happy Birthday Mae Jemison!

Happy birthday, Mae Jemison! In 1992 she was the first African American woman in space as the science mission specialist on STS-47/Endeavor. pic.twitter.com/AUAyYdqEtX

Jerry Coyne alerted me to this, but was good enough to give it to me as it’s a New Zealand story.

New Zealanders don’t admit good things about Australia very often, so make the most of this: these myrtles are gorgeous! The same family as our Pohutukawa, which is one of my favourites.

Today’s #collage the quintessentially Australian members of the myrtle family #Myrtaceae. Trees and shrubs, one for every garden #RBGSydney pic.twitter.com/alyqSa3YNp

Well, that didn’t go too well!
(Via Ann German.)

Look at that Takahe chick! They’re so cute!

Latest from our #takahe breeding centre: 24 eggs, 20 fertile, with 5 chicks hatched. It’s going to be another big year! #birdoftheyear pic.twitter.com/TgSBcE1Cas

A gorgeous Kakapo chick half way through losing its fluff and gaining its feathers.

A #kakapo chick can get up to 550g of rimu fruit a night. That’s equivalent of 30x human RDA of #vitaminD! #conservation #parrots pic.twitter.com/mGw3UAlbL9

Has this one been at the Dognip?

Dog Under The Influence pic.twitter.com/susywgxucC

So is this cat doing this deliberately for its kitten to play with, or is it just pi$$ed? Either way, the result is fun for us!
(Via Ann German.)

Boys can wear flowers too. pic.twitter.com/Mqct75VWt5

Go away, I wanna sleep some more! pic.twitter.com/JAyRgOsVgS

Look at those eyes!