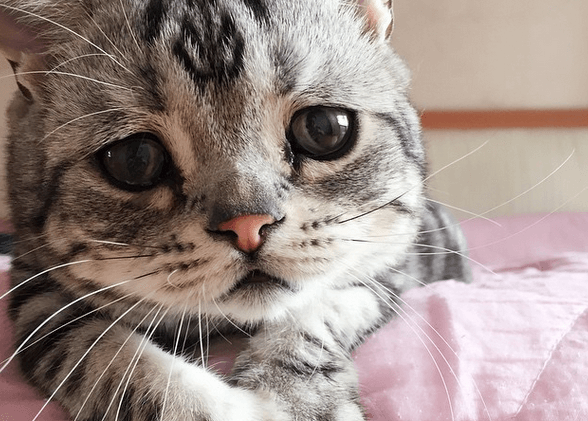 I got these tweets yesterday, but the post never got completed because I’m unwell. I’m still a bit of a wreck, but there are some good tweets and I didn’t want them to go to waste.

I don’t have much to bore you with today as the ole brain isn’t up to much.

The New Zealand Breakers basketball team still haven’t lost a game this season and are therefore still on top of the Aussie League. I love watching the basketball, but I keep missing the games.

Oh, and we held Peru to a 0-0 draw in a soccer international. We’re trying to qualify for the World Cup, which we’ve only done twice in the past.

I remember being outraged yesterday at the re-discovery (I’d forgotten – my bad) that the US doesn’t have any mandatory sick leave legislation. Of course, those most likely to miss out are those already in low-level jobs who can afford to miss work the least. If Donald Trump really wants to do something to help the working poor, he should do something about this. I feel a proper post coming on!1

These are the minimum sick leave requirement in New Zealand (from business.govt.nz):

Once they’ve worked for you for six months, employees are entitled to at least five days paid sick leave each year. You must also:

Carry over unused sick leave into the next year. The maximum accumulation is 20 days — although you can provide more if you want to.
Let employees use sick leave to care for a spouse, partner, dependent child, elderly parent or other dependent.
Pay employees what they’d usually earn for the days they’re on sick leave.

Those requirement are actually quite low by OECD standards. However, some employers do better than the minimum. One of my sisters works for a company that has unlimited sick leave. People don’t abuse it – there are other rules that can be used when people do. In fact, most people, wherever they work, never use all their sick leave.

People in the US worry about jobs products they buy being produced in sweat shops. Most of the OECD views US employment law as little better than those in countries with sweat shops. I vaguely remember from the past that US employers don’t even have to provide bathrooms for their employees. Is that still the case? Outrageous!

Anyway, on with the show, and I’ll go back to sleep. (Sorry if there are mistakes. I haven’t checked. Let me know and I’ll fix them tomorrow!)

The BFFs are back together …

Here’s Trump & his best friend Putin snuggling up today. More proof Trump’s the biggest traitor in the history of the United States of America. Not that we needed more. #VeteransDay pic.twitter.com/SUt1zuSmNC

Again, what is wrong with some people in the US that there is a question over who will win?

Just so we’re 100% clear: the senate race in Alabama is between a man who prosecuted members of KKK & a pedophile.

This shouldn’t be hard, yet here we are.

After a long pause, Alabama Bibb County Republican chairman Jerry Pow tells me he’d vote for Roy Moore even if Moore did commit a sex crime against a girl.

“I would vote for Judge Moore because I wouldn’t want to vote for Doug,” he says. “I’m not saying I support what he did.”

WTF is there to think about? What do you need to digest? He forced himself sexually on a fourteen year old! End of!

“I really can’t comment until I have a chance to digest it,” says Tallapoosa County GOP chairwoman Denise Bates. “Nothing to say,” says Marengo County chairman Robert Duke.

Absolutely unbelievable! This sort of thing – making it the victim’s fault – is why most of this stuff doesn’t get reported. #MeToo
(Via Ann German.)

Alabama GOP lawmaker: #RoyMoore accusers should be prosecuted for not coming forward sooner.#RoyMooreChildMolesterhttps://t.co/OAxT9fBflr

Un-effing-believable. What is wrong with these people?

Less than a week after 26 people were fatally shot in a church, Michigan’s Senate voted to allow guns in churches, preschools, and daycares pic.twitter.com/7HuxaHA91g

This was my response …

This is all I have to say on the subject of guns in schools … pic.twitter.com/GoRzXZPG6Y

This tweet brings out the Sheldon Cooper in me!

The design of Doctor Who’s Daleks was based on America’s first policewoman Sgt Alice Wells, appointed in 1910. pic.twitter.com/yqaj7BDExS

This is so cool – an example of earthen clay architecture in Morocco.

Ait Benhaddou is an impressive fortified city (or ksar) made up of many kasbahs, earthen buildings made from mud and straw. pic.twitter.com/XgBFu3yymF

Wow! There’s so much beauty in Japan away from the hustle and bustle.

Another gorgeous view of the Eiffel Tower.

The Eiffel Tower, spectacularly lit up at night Photo by patrickcolpron pic.twitter.com/ZNUqZ5AkET

I didn’t know about this! What a cool adaption (or whatever the proper name for it is)!

A Mary River turtle with algae growing on its shell. This provides it with camouflage to hide from predators. (Photo Chris Van Wyk) pic.twitter.com/OWHxDYXwgO

(This section includes all creepy-crawlies – I barely understand the difference between insects and spiders!)

I adore the eyelashes on this jumping spider! Wow!

Only male jumping spiders of the species Parajotus refulgens have these incredible “eyelashes”.

Our @DOCTSAmbassador‘s #CritterOfTheWeek is the tiny, wingless, soft-bodied creature known as a springtail or collembola. You can find them in damp leaf litter and compost: https://t.co/MIbVD2bHjE pic.twitter.com/6jFgOsIy3x

Another in the “Go home evolution, you’re drunk” series …

The “Go home, evolution. You’re drunk.” line is well used, but just look at this. A blooby little , Michelin man of a rove beetle that pretends to be a termite. WHAT? Evolution is off its face, probing at the lock with the wrong end of the key, puling for a kebab. ????Taro Eldredge pic.twitter.com/r2Hdy0gmWK

I don’t get why some people don’t like bats!

Wow! Look what a great job the lovely people have done in helping Patch the Hedgehog!

Look its a secret bunny meeting. What are they talking about? Veggies? Carrots? World domination? We will never know pic.twitter.com/LLwsNGgAf6

This video shouldn’t be allowed! It displays white supremacy!!!

How to look after joeys …

An Eagle taking a stroll pic.twitter.com/D8YHG6fi2x

This one is for my sister Brenda, a corgi love from way back …

Animals so often make everything easier to cope with.

everything is terrible so here’s a guy who recently lost his 2 beloved dogs getting a new puppy (and making me wish I’d worn waterproof mascara today) pic.twitter.com/dCCt8rnNVM

Another in the “Dog Still Learning” series …

“Why are you always taking pictures of me?” pic.twitter.com/sIrtatBw0m

What a lovely kitteh!

Welcoming this little lady home this weekend. She will be called Padmé and I will love her forever. pic.twitter.com/0CVHkaqW0N

Awwwww! What a sweetie!

Look out for the interloper!